The Occult History of Contemporary Black Music (Pt.2 of 2) 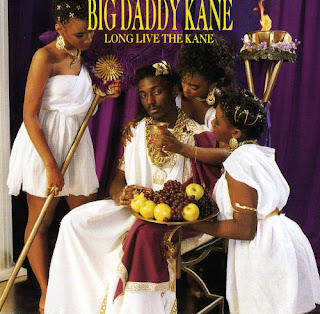 The internet has made it so much easier for artist to get their music out to the public so you really have to be savvy and know what digital cracks and crevices to look in to find that authentic hip-hop music. In 2009 the Slaughterhouse, Raekwon and Ghostface have reminded us of the days when emcees rhymed with passion and took their art seriously. However all of those men are children of the 1970s. Younger artist must come forward to keep the tradition of Black music alive and define the sound of for this era.

In her book, The Psychic Vampire Codex, self-proclaimed vampire Michelle Belanger tells us what a real vampire is from a practicing vampire’s perspective. She says that most vampires do not drink blood (sanguine vampires) as you saw in the movie Blade Trinity starring Wesley Snipes. Instead, they absorb a person’s life force by feeding off of their emotions and attention (psychic vampires). Belanger explains that “psychic vampires have many different reasons for why they need to feed. Some believe that they feed as a result of a physical or spiritual ailment that has reduced their own vitality....Some psychic vampires believe that they have an imperfect connection to the universal sources of energy that fuel ordinary people” (pgs. 6,7). This aptly describes those vampires who get fat off of Black music and culture by using it as a mere commodity to be marketed and sold.

Like Belanger said, they are cut off from the universal sources of energy because they don’t have the carbon-based melanin necessary to process it. However, Black people do. Since vampires cannot tap into the universal mind, or even the ambient energies that emanate from it, they are unable to create original music that appeals to people of all races. They wait for Black people to do it so they can leech off of them and take all of the credit afterwards. However, the Priesthood of the Undead prefers not to feed off of authentic Black music because its energy vibration is far too intense.

When African American artists were recording some of their most inspired music between the 1920s and 70s the vampires could afford to let them slide because they were already having a smorgasbord with World Wars I and II, the Korean War and the Vietnam War. The fear, death, and destruction generated by these dreadful events were more than enough to satiate the psychic vampires who started them in the first place by applying the Hegelian Dialectic. Nevertheless, they were always looking for their next feeding source. One of their favorites is Black culture.

The blues, jazz, and rock gave African Americans the spiritual food they needed to overcome specific challenges of the 20th century. When they got the nutrients they needed from these foods, they pushed the excrement of their artistry into America’s toilet bowl so the culture flies could feast on it as they had no other reason to exist. Since African Americans have taken longer than expected to have a hip-hop bowel movement, the mainstream media and record companies are forcing them to “drop it like it’s hot” and the smell is nothing nice.

Most of the sonic sludge passing for hip-hop nowadays is pathetic. The vampire priesthood prefers trash that sells because when they feed off of your emotions they have to make sure that it is within their own carrying capacity. Thoughts and emotions that lend life and vitality to us would cause them to explode like Unicron in Transformers: The Movie. These sadistic creatures are like coke heads who experience a brain-numbing high from metaphysically snorting your pain, suffering and stupidity.

These patron saints of niggerdom seek to absolve millions of Black youth of their morals and integrity by promoting good old American values such as sex without respect (Thomas Jefferson and Sally Hemmings), violence (the Trail of Tears), drugs (crack, cocaine, heroin, LSD, Ecstasy) and a lust for money (Enron, Savings & Loans, 2008 housing crisis). All of those things cause your spirit to vibrate on a low energy frequency which makes you food for the gods of the zodiac who maintain the Glass Ceiling of your awareness. The same can even be said about much of the “conscious rap” because the issues that it revolves around are usually tired and predictable.

The solution to the dilemma in Black music today is simple, but very hard to achieve. Hip-hop, soca, calypso, kompa, R&B, and reggae artists must fuse their respective powers to activate the crown charka of the Black world collective. They must stop selling trash to their community, because in doing so they only feed the vampires who live off of their creativity as pointed out before. To ensure that the bleeding comes to an end, Black recording artists—spanning a broad range of musical genres—must form a union designed to put full creative control in their own hands. Progress will not be made if Africans are separate forever. Black recording artists of the world unite!
Posted by Mind Glow Media at 11:18:00 PM