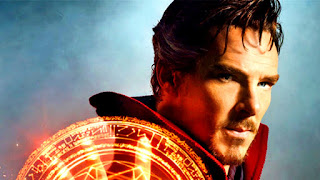 Yesterday, I saw the new Dr. Strange movie in 3D. It was a very good film! If you read and enjoyed Reginald Crosley's book “The Vodou Quantum Leap,” I strongly recommend that you see it. That book explores the Shadow Matter Realm inhabited by what one might call intelligent expressions of dark energy. The Dr. Strange film explores this theme through Dormammu, Lord of the Realm of Darkness.

In one particular scene, the film also highlighted the power of looped samples in hip hop music. Huh? What? It was done in a very clever and subtle way that didn’t focus on ANY music—although the power of music is a reoccurring theme throughout the film!

To see what I’m talking about you would have to pay attention to the principles being conveyed to you through the scenes and not get too caught up in the violence and special effects. A crafty hip hop producer can hold eternity hostage through the skillful looping of samples. I really like Apollo Brown's work over the last few years. But what does it even mean to hold eternity hostage within the context of this movie scene?


The only way that you can experience eternity is to experience the full power of the present moment. When you experience a sexual orgasm, you are experiencing eternity, eternal life within the blink of an eye. When you repeatedly loop the past (through an old music sample, for instance) you dismantle eternity and collapse the present by creating a stream, a constant flow of consciousness that occupies the past, the present and the future all at once. A man who  can freestyle over any beat given to him is only able to do so because he has submitted to the stream instead of trying to impose his will on it.


When a rapper has an activated heart chakra—which we can hear in how they passionately express their love for the art of rapping—they possess the stamina and flexibility needed to ride the waves of the beat, and work with the looped sample. As The Ancient One told Dr. Strange in the movie, you cannot beat a river into submission. You must become one with it, and let it take you where it takes you. When you do this you are leading with your heart, as opposed to your intellect.


The Ancient One in the film is a Celtic woman who bears a striking resemblance to singer Sinead O’Connor. The Celts, who share cultural elements with the Brahmins of India, revered The Green Man who is a personification of the world soul. Within the Indus Valley’s spiritual tradition, the heart chakra is also associated with the color green. Additionally, the color green is synonymous with the Morning Star, Venus, which rules over Libra. The film’s villain, Kaecilius, is grafted from The King of the Fall, Iblis (Lucifer) of the Quran, but I wont get into that.

One of my favorite Librans is Rosicrucian author Paschal Beverly Randolph. Randolph was an African American occultist who pretty much laid the general foundation for what has become Western Occultism. Although I haven't researched it, there’s no doubt in my mind that the Dr. Strange character is a white-washed version of the original Classic Man.

When I mentioned this on my Facebook page one of my peers, Shaka Guru Dyn, reminded me that Randolph was a medical doctor, just like Dr Strange is. Randolph was born in New York City, which is exactly where Strange’s Sanctum Sanctorum is located in the comic books. Are these all coincidences? Look at the pictures of Dr. Strange and Paschal Beverly Randolph and you be the judge. 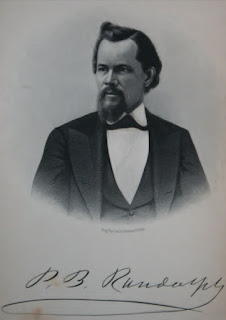 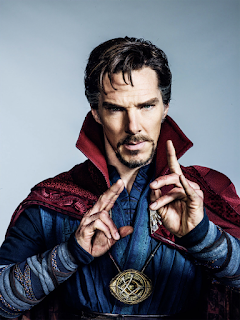 Also, Strange weaves in and out of dimensions by using  Randolph’s “Volantia” technique, which involves training the will. You can learn more about Volantia for yourself by reading Randolph’s own words right HERE. There’s a lot more that I can say, but I’ll let you fill in more blanks. If you are a student of the spiritual sciences who enjoys a good movie, then I think you’ll enjoy, Dr. Stange in 3D.