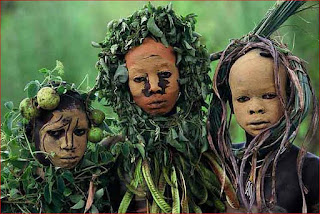 Time travel can be achieved by tapping into the Nexus of T.I.M.E. (The Inner Mind’s Eye). The Nexus is a psychic gateway through which an individual can access the past, present and future all at a moment’s notice. Each individual’s experience of the Nexus of Time is unique, because we all have our own set of incarnational experiences within what we call the past, present, and future. The Nexus, to varying degrees, enables us to absorb the emotional residue of these incredibly powerful experiences without revisiting them in their entirety . Depending on the nature of the experience, this fact will either leave you feeling resentful or relieved.

You could be alone in deep thought or have a mentally stimulating conversation with a friend, then suddenly, you are splashed with what seems to be an odd cocktail of emotions. You feel anger, fear, joy, ecstasy, and profound anticipation all at once. You may even have visions (I have not had such visions, but I imagine that some people might). This short, but jolting psychospiritual experience which is usually accompanied by chills, goosebumbs and a head-swelling sensation, makes you feel as if you are literally experiencing the collective consciousness of the entire world populace at once.

However, it is not the collective consciousness of humanity you are experiencing, but those of all your past incarnations which may number in the hundreds or thousands. Each incarnation is connected to your Oversoul, a living astral intellect that stores all of your incarnational experiences like a hot air balloon stores air…..All of your past, present, and future incarnations are actually occurring right now as you are reading this blog. This may sound strange and ridiculous to some readers, but we must consider the fact that the human mind falsely perceives reality through the frame of space-time. Since we can only perceive reality from moment to moment, we separate it into past, present, and future. In truth, they are all part of one unified whole. Everything that has, is, and will happen to you is happening right Now. Time is static and unmoving. It is human perception that moves through time.

Imagine you’re watching your favorite movie on VHS. As you watch the movie you witness the entire story unfold before your eyes on the television screen. While you are enjoying the movie you understand that it is not being written and directed as the tape rolls along in your VCR. The movie’s beginning, middle and ending was already determined before you popped the video into the machine. It’s already on the tape.

After watching the video, you reflect on the movie and think about all of the exciting scenes and characters you just saw. Most importantly, you remember the emotions that each scene and character aroused within you. Some were “positive” while others may have been “negative.” The Nexus of Time that I speak of is a psychic bridge that connects you to your Oversoul, which is like a Blockbuster Video store on the astral plane. Within your Oversoul there are hundreds or thousands of movies that you can rent and experience. The difference here, is that each video in the store tells a story about one of your many lives since incarnating in the physical.

Some are comedies, others are thrillers, many are dramas. Most are a combination of all three. Each movie has its own scenes and characters arousing a broad range of emotions within you. However one of the major differences between your Oversoul and the actual Blockbuster Video store down the block, is the fact that in your Oversoul, YOU have a starring role in each-and-every movie. In some movies you’re the leading actor or actress, while in others you’re the supporting actor or actress. In a few instances you might even be an extra whom nobody notices. The bottom line is that you are a part of the story and all of your fellow co-stars, whether minor or major, have some impact on your soul’s development within the film. Your current incarnation is one of several written, directed and produced by your Oversoul.

The Nexus, which grants you access to your Oversoul, does not exist beyond your fingertips. It’s inside a tiny structure between the two hemispheres of your brain called the pineal gland. It resembles a woman’s clitoris in its appearance and is sometimes called the “Third Eye” by occultists. The Nexus is often accessed through lucid dreaming or deep meditation which stimulates and arouses pineal gland function through the resurrection of Kundalini (also known as Jesus/Lucifer; Book of Revelations 22:16 ). Many of us have passed through the Nexus of Time in our dreams, and during waking consciousness, at one time or another. However, most of us don’t remember it when we wake up in the morning because we don’t get enough sleep. I’m still trying to get this right myself.

The less sleep you get, the less access you have to the deeper recesses of your mind. Therefore, the best way to ensure that you remember these dreams is to get lots of sleep, at least 10-12 hours a night. Yet given the time constraints that school, the job and the career place upon our lives, these long hours of slumber are not practical for most of us. For those who can’t sleep 10-12 hours a night on a long term basis, you should at least try it from November 24 to December 21. Mark it on your calendar.

The sun’s intensity is least felt during this 28-day cycle. This is a good thing because sunlight inhibits the production of serotonin, a neurochemical that helps you to access the Nexus of Time. People who are highly Melinated are already protected from the sun’s powerful rays. Those who have little or no meleanin are Third Eye Blind. Getting lots of sleep in the year’s later months, along with drinking large amounts of water, makes access that much easier for people of color. Meditation is also encouraged, but it can take years of practice before you can time travel. Personally, I have not developed the ability to Time Travel through meditation like the Yogis of India, so I cannot speak on the benefits of meditation in achieving this end. For those of you who doubt that astral projection—one purported means for time traveling—is real, all I can do is shake my head and say: YOU HAVE NO IDEA. I followed the directions in Gavin and Yvonne Frost’s book, Astral Travel in January of 2002, and have been a Knower on this matter ever since. Don’t take my word for it, though. Try it out for yourself.

Through the Nexus of T.I.M.E. you can access the day you were eaten to death by a crocodile fuckin’ around in the Yucatan, high off peyote and ayahuasca. That wasn’t a pretty Olmec girl on her back with her luscious legs spread motioning to you to “come get it.” That was a crocodile waiting for your dumb ass to come closer so he could make up for that tasty breakfast meal that got away earlier that morning. You should have been picking those bay leaves like your mom told you to instead of getting high in hostile territory.
Through the Nexus you can also access the day the Nagas (Niggas) descended from the heavens to oversee the construction of Cambodia’s Buddhist temple of Angkor Wat; the night you and your Ethiopian brethren danced around the Ark of the Covenant after chasing the Italians out of Adowa.

These experiences span the course of centuries and have different storylines. In some of them you were male in others who were female.All of our life experiences, whether “good” or “bad” are necessary for our souls to grow and achieve understanding. God and Satan represent the two polarities of your spirit that force your soul toward the center, which is balance. Satan is no more an enemy of man than God is. For those Christians who doubt this fact, I ask why did God make a deal with the Devil in the Book of Job (1:6-12). Also consider the Book of Isaiah 45:7. It’s just an inversion of the Good Cop-Bad Cop concept. Everything works toward the cultivation of your soul. You couldn’t get around it if you tried. Anything that resembles such is merely a detour on your road to glory.
Posted by Mind Glow Media at 5:48:00 PM