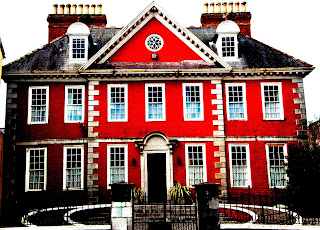 Back in January of 2012—on Martin Luther King Day to be exact—my siblings and I spent some time with our second cousin. As I walked past the play pen that the little munchkin was standing in, she screamed “Baba!” As I turned around to look at her, she was smiling at me in recognition of the fact that she had successfully gotten my attention. I found this amusing, because in Nigeria a “Baba” is a “teacher.” Was my little cousin formerly acknowledging me as a teacher?  Probably not. Nevertheless, I knew that there was something important that she was trying to tell me. I just didn’t know what it was.

A few moments later she yelled “Baba!” again. Only this time she pointed to a table where her baby bottle of milk stood. I quickly realized that “baba” actually means “bottle” in toddler talk. Interestingly enough, if you write the word  “MiLK”  using the English alphabet equivalent of the ancient Hebrew letters, it comes out to “MLK” which may also serve as phonetic markers for “MaLKuth.” According to Kabbalistic teaching, Malkuth is the sphere of human experience where incarnating spirits take on the elemental vestments of flesh, blood, and bone.

When I brought my cousin the bottle of milk, I was surprised to discover that she really didn’t want any of it. She just looked at me and smiled. All she really wanted to do was share her Kabbalistic wisdom with me. My willingness to RECEIVE her message is the essence of true Kabbalah. My little cousin was trying to teach me that in life, experience (MiLK → MLK → MaLKuth→ Experience) is the best teacher (Bottle → Baba→ Teacher ), which is why she had chosen her biological mom, who is one of my first cousins, as the vessel through which she would incarnate into this dense physical world that you and I know as planet Earth. My little cousin came to planet Earth for a unique set of human experiences, just as you have. 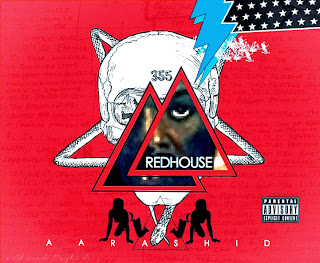 If you are lucky, your human experiences will challenge you to explore new vistas within yourself creatively and set new standards for personal excellence within your respective field of expertise.  Occultist A.A. Rashid has set his aim high to do just that with his latest project, which is an ambitious trifecta of ancient African art and psychology filtered through the mind of a very contemporary man.  “I owe the less fortunate as well as those diligent seekers of knowledge a piece of the fire that was given to me,” said Rashid in a statement to Mind Glow Media.

The man known to peers and students alike as The Qabala God, is a longtime student and practitioner of the Hebrew Kabbalah. Rashid has presented some impressive lectures over the last seven years. His titles include, but are not limited to, “Fear of A Black Illuminati,” “Psychic Self-Defense,” and “Write Your Own Bible.” Rashid is also the author of “The Qabalistic and Meta-Physic Interpretation of the Masonic Square, Compass, and Letter ‘G’.”

This month he released a new book entitled Boaz Primer: Essays on Kushite Kaballah, The Number 32 and Freemasonic Mysticism and produced a complimentary Red House Primer video E-LECTure which is an orientation into his circle of higher learning, The Red House.

“We in the Red House believe that all religions are right,” says L.A.’s  resident Kabbalistic realtor by way of Brooklyn in the lecture. “We believe that all religions have a significant import in the developmental psychology of those who utilize them…In the Red House we deal with art, science, and the intertwining of imagery and psychology as they pertain to aesthetics, color, and sound, with a specific emphasis on syllabic and linguistic interpretation of liturgy—in particular—liturgy that focuses on the Bible or any of the spiritual currents of reality that spin themselves from the Hebraic, or Hebrew writings.”

Not only is the Boaz Primer highly informative—but it is well written—which may not come as a surprise to those who’ve witnessed Rashid’s deft command of the English language on the utterly popular KnowTheLedge Radio network. If that weren’t enough Rashid also has a 12-song rap album that serves as a soundtrack for the two previous pieces of work. “Hip-hop is our generation’s priestly contribution to human developmental psychology,” the emerging bar star proudly reminds me. Earlier this year he and rapper Tristate were featured on the Planet Asia and Gensu Dean cut “God Hour” off the Abrasions album.

Any pre-conceived notion that Rashid’s mission with this album is to spin exhaustive metaphors, and flip dizzy double-entendres about  spirulina, veggie burgers, and amethyst crystals are quickly scattered to the four winds after just one listen to his “Hurry Up” skit, which is actually funny. The tracks “Guns With A Habit,” and “Illuminati Loafers,” feature a stream-of-consciousness delivery reminiscent of a Supreme Clientele era Ghostface who has studied the work of Gershom G. Scholem and watched hours of Phil Valentine.

On “AA Anthym” Rashid calmly rides the sonic rollercoaster constructed by producer, Anthymonthetrack with rhymes that he seems to randomly pull out of his back pocket to craft deeply fractured, yet entertainingly coherent, visuals for the listener. Those interested in purchasing Rashid’s new project can do so through the contacts below. 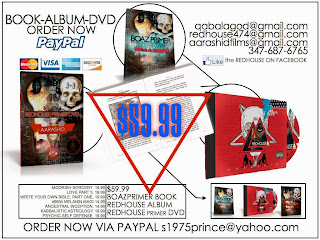 With the popularization of YouTube in recent years, anyone with access to Wikipedia can become an overnight guru or scholar. Yet while many lecture to anyone who will listen because they would like to say something, Rashid seems to do so because he has something to say. In this unique creative effort, he has three totally different ways of demonstrating this to his growing audience, and that is through the pen, the camcorder, and the microphone. What’s next for the Qabala god? Only Rashid knows.