AA Rashid Presents: The Power of the Word 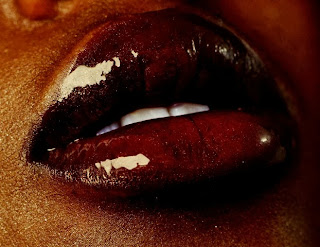 According to Men Nefer (Memphite) cosmology Tehuti, the Kemetic god of wisdom, writing, and articulate speech is the mouthpiece of Ptah, who is the grand architect of the universe and father of the gods. All writers utilize the alphabet of their respective languages to tell stories and convey ideas. The word “alphabet,” literally means the first (alpha) house (beta), which is essentially the red house if we are looking at the visible light spectrum as a color-coded mansion for stratified photonic intelligence.

Once a writer, or any practitioner of verbal communication, masters how to build The First House they can construct entire neighborhoods, cities, nations, worlds, and universes of “thought/Thoth.” Good writing is good architecture, and every writer is a mason who uses the letters of his alphabet as the building blocks for his own reality. Depending on the writer’s level of ability, their reality can become yours.

But wouldn’t you rather see the idealized visions in your own head become an inescapable reality shared by others? Wouldn’t you like to see your personal ideals, which you often ponder in your own private moments, reflected back to you in the everyday world in which you live? You can begin to embark on the journey that will enable you to become the grand architect of your own reality starting today. A.A. Rashid’s latest video presentation, The Power of the Word, offers unique and indispensable insight into the mystery of words and how they ultimately shape human perception.

Rashid is a longtime student and practitioner of the Hebrew Kabbalah who has presented some impressive lectures over the last seven years. His titles include, but are not limited to, “Fear of A Black Illuminati,” “The Cube of Space: The Moorish influence on Qabalah and Freemasonry,” “The Mathematic & Magical Manipulation of Destiny,” and “Fingerprints of the Gods: Languages Lost in the Sands of Time.”

Alongside Brother Oba—who is a third generation practitioner of the West African life science known as Luccumi—Rashid opens his mental jewelry box and shares some rare gems with those who have an open eye to see them.

“What exactly is offered in mysticism—whether it is Jewish mysticism, which is called Kabbalah, Islamic mysticism, which is called Sufism, or Christian mysticism, in the form of Gnosticism?” Rashid rhetorically asks his audience at the Anthroposophical Society in New York City. “The crucial component lodged in all of them is that one must have the ability to convey meaning. If you are sick, and you have a disease then the only thing that can cure you of your disease is an understanding of language and communication, do you understand? [The presence of] a disease means that there is no communication between one area of your body and another because there is a blockage.”

Further explanation is given with regard to how emotional blockages in people prevent safe and effective communication. This unique presentation is only built for Cuban link kings and queens who can tap into the genetic bonds that bind them to the legacy of a golden past and an even more illustrious future.

“The universe is chaos,” says Oba. “It’s all chaos. The probabilities are like shooting dice. Anything can happen. The science comes into play when we apply certain thinking to manipulate the chaos. And that goes into the word. Sound is the primal part of the word.”

Throughout the E-Lecture Rashid does an excellent job of explaining how the letters that comprise the English alphabet—as well as those of a few ancient languages—are in fact sigils that can stand on their own to convey profound meaning, not just when they are configured to form the words that codify our reality.  In complimentary fashion, Oba relies on timeless West African cosmologies to explain the importance of the word within the overall theme of creation.

If you are a conspiracy enthusiast who wants to hear about shape-shifting reptilians from the Draco star system, then this probably isn’t the video presentation for you. However, if you are a dedicated student and practitioner of human psychology who wants to understand its relationship to the African life sciences that laid the foundation for world civilization, then this is certainly a production worth adding to your personal video library.

To order the E-LECTure, simply e-mail A.A. Rashid at qabalagod@gmail.com to express your intent to make a purchase. The video is in MP4 format and will be e-mailed to you following receipt of your purchase.

When Rashid isn’t lecturing audiences on the esoteric dynamics of human language, he has been busy making words work like William Wordsworth so that you can appreciate a word’s worth through the art of hip hop music. The “Randy Savage” track below is from his Batman Mafia mixtape which was released late last year. He is currently working on his first EP.