The Occult History of Contemporary Black Music (Pt.1 of 2) 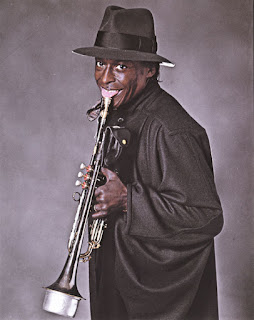 Unless you’ve spent the last decade of your life in a hermitage, it’s quite clear that hip-hop has become the new face of American pop culture. From Flatbush Avenue, to Madison Avenue, its power is felt and acknowledged by all.

Naïve and highly impressionable young Blacks will interpret its cultural dominance as some indication that they have finally been embraced by the loving arms of white America. In all actuality, they couldn’t be further from the truth. Hip-hop isn’t taking over white America. It has been co-opted by its most trusted corporate entities. The implications are dire for the music that hip-hop culture created, because whenever a genre of Black music fully assimilates into the American mainstream it usually means that it is about to die.

Jazz, the Blues, and Rock & Roll—which were all created by African Americans during the 20th century—may still have a strong following around the globe, but none of them carry the same cultural relevance that they did in years past. The primary reason for this, as we will discover, is the spiritual evolution of African Americans living under hostile and oppressive conditions. African Americans created each genre to fulfill a specific need, and when that need was met they moved on to create something totally new. Hip-hop music, in stark contrast, is breaking this century-old pattern as it is being forced into an early grave by Psychic Vampires.

What is particularly alarming about this trend, is the fact that no nationality within the African Diaspora has created a new genre of music within the last 25 years—an astonishing fact for anyone who knows the history of Black music in the Western Hemisphere. It almost seems as if Black people have suddenly lost their creative impulse. Perhaps, they may have become a bit too complacent….No matter how you look at it, it is safe to say that Black recording artists will not be a major cultural force in the global age unless they can fuse their ideas, sounds, and cultures to create a thriving new African centered soundscape.

Men and women of African descent are unrivaled in their contributions to the wonderful world of music. To highlight all of those contributions here would be impractical, as it would take us far beyond the scope of this particular blog. Therefore, we will use African American music as a microcosm of Black world music given its global reach, popularity, and variety of sound. Together we will examine the catalysts behind its metamorphosis, the impact it had on Blacks here in America, their enemies, and how it is being used to undermine the progress of Black people around the globe today.

Black artists like Robert Johnson, Miles Davis, Bo Diddly, Chuck Berry and Jimi Hendrix weren’t just great musicians. They were, and remain, cultural icons who shaped the way we thought, the way we felt, and the way we lived. When you listen to Hendrix play the electric guitar you’re not just listening to a musical instrument. You’re listening to a man’s soul put to musical scale. Hendrix’ mind traveled so far out into the cosmos that when he came back to Earth on his Band of Gypsies album the Afronaut gave us a totally new genre of music: funk. Eric Clapton, Led Zeppelin, The Beatles and The Rolling Stones made some great contributions to rock, no doubt, but even they have identified Hendrix and other Black pioneers of rock and blues as their favorite feeding sources, I mean, artistic inspirations.

By the time the 1960s rolled around, Blacks in America were beginning to distance themselves from jazz because as a thinking man’s muse it did not provide them with the emotional outlet they needed to express their feelings during one of the nation’s most turbulent periods. The blues did, but its lyrical themes usually reflected a fatalistic interpretation of life. It gave African Americans a chance to vicariously express their pain and suffering through blues artists, but it never gave them a sense of hope or feeling that their quality of life would improve. Sam Cooke (“Change Gonna Come”) and Marvin Gaye (“Love Party”) did. In addition, the blues music industry was one of the must corrupt in the nation’s history. Even the best artists of the day were cheated out of their rightful earnings, which only discouraged the young talent that could have powered the music forward.

Hendrix was probably the last of the legendary Black musicians to play rock after it reached its peak popularity within the African American community. The factors that contributed to its loss in popularity were primarily metaphysical. For one, rock & roll music is purely based on sexual expression. The guitar itself is a phallic symbol and those who play it from the soul are simulating masturbation. This assessment would sound ridiculous to those who do not view history through a metaphysical lens of perception. However, one must understand that Black men were burned, lynched, and castrated across the United States in record numbers during the 1950s (Emmitt Till). Coming on the heels of this phenomenon was a new wave of Black recording artists who rolled up from behind and rocked white America from the rear.

In an effort to fight against the terrorist acts perpetrated against them, Black men found an artistic means of flaunting the very thing they were enviously being murdered for: their sexual dominance. Throughout its history, rock has always been the music of rebellion in its many forms. This is because it was born out of rebellion; the Black man’s sexual rebellion. Whenever you see a rock star holding a guitar, know that they are actually holding the dismembered penis of the Black god Osiris.

According to Eastern philosophy, all sexual energy comes from the root chakra, or vortex of light, located at the base of your spine. The R&B coming out of Motown on the other hand was based on love, and love—not sexual expression—was what African Americans needed most to whether the social, political, and economic storm that they faced in the decade that followed. Love emanates from the heart chakra, which is synonymous with a higher level of spiritual development. The R&B songs of the 1960s continue to touch millions of people decades after they were made because they speak directly to the human heart. The class and race struggles of the ’60s forced African Americans to alchemically raise their spirits from the root to the heart chakra and this transition was reflected in the dominant musical preferences at the time: R&B.

As a result, when Hendrix died on Sept. 18, 1970 there were no other Blacks available to take rock to even higher creative heights. That’s why you ended up with shitty bands like Kiss, Poison, and White Snake in the decade that followed. As weak as they were, they made tons of money off the Black man’s creation. So did the major record labels. But when the gods who made rock what it was suddenly abandoned it, you still knew that the music as an art form was running on borrowed time. With rock having one foot in the grave, greedy old white men in corporate boardrooms needed a reason to live. That reason turned out to be hip-hop music. When you listen to songs like “Paid in Full” by Rakim or “C.R.E.A.M” by the Wu-Tang Clan, you’re listening to young Black men with nothing giving you all that they have: their hunger, wit, style and passion. Sure the lyrical content wasn’t always “positive” but it gave you an opportunity to hear what was really on a young Black man’s mind.

It is for this reason rap music—in its purest form—signifies the activation of the brow charka, where man comes face to face with his own divinity. The men who made classic hip-hop music did what all great artists do: they upgraded their art form by raising the bar for creative excellence. You can’t say the same about most of today’s high profile acts.

Another reason why you don’t see another Big Daddy Kane (a lyrical beast with style, natural charisma, street credibility and Knowledge of Self) springing up in the business is because of the internet revolution. Rap music came as a result of young Black men in the Bronx, New York having few outlets for creative self expression since the instruments were taken out of the schools. Yet with the various forms of media available today on the net (blogs, Youtube, blogtalkradio etc.) most young Black men have viable outlets to get their thoughts and ideas out to a large audience, so the angst you had among young Black men in the mid 1970s, 80s and 90s is not as prevalent today.

Also most children in high school today have parents who came of age at the tail end of the civil rights movement. Unless they have culturally responsible parents, these kids don’t relate personally to the struggles of the Civil Rights movement. It’s ancient history to them. Actually, they don’t relate to struggle at all so there’s no tension, no fermentation of the soul. These Kali Yuga Kids are spoiled and complacent. However they are far more intelligent and have a lot more potential. That’s just my opinion, though.
Posted by Mind Glow Media at 10:50:00 PM