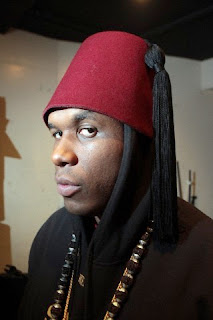 “1492 was a big year for the Spanish crown. In January, they conquered the last Moorish stronghold in Granada. This effectively vanquished any power or overt cultural influence the Moors still possessed. On March 31st of the same year, a proclamation was issued formally expelling all Jews from Spain. The next day was April 1st, a day which was to be forever remembered in the traditions and lexicon of our culture. Up to this point, the Moors were conquered but had not been officially expelled or sanctioned.

According to long standing tradition, on April 1st, 1492, the Spanish executed a diabolical plot against the Moors. Any Moors who remained in Spain at the time had been told they could return to their home country of Morocco. Knowing the Moors were a suspicious lot, the Spaniards provided sailing vessels and docked them at port. When the Moors saw the vessels, they trusted that the Spaniards were not lying and proceeded to take their belongings and families to the ships. As the Moors left their homes behind them, the Spanish set fire to them. The ships either set sail or were burned as well thus leaving the Moors as the first victims of what became known as April Fool’s Day. It has been a celebrated tradition since that time.”