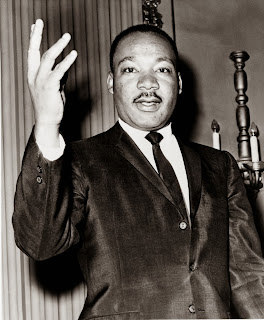 “The Egyptian mysteries of Isis and Osiris exerted considerable influence upon early Christianity. These two great Egyptian deities, whose worship passed into Europe, were revered not only in Rome but in many other centers where Christian communities were growing up. Osiris and Isis, so the legend runs, were at one and the same time, brother and sister, husband and wife; but Osiris was murdered, his coffined body being thrown into the Nile, and shortly afterwards the widowed and exiled Isis gave birth to a son, Horus. Meanwhile the coffin was washed up on the Syrian coast, and became miraculously lodged in the trunk of a tree. This tree afterwards chanced to be cut down and made into a pillar in the palace at Byblos, and there Isis at length found it. After recovering Osiris’ dismembered body, Isis restored him to life and installed him as King in the nether world; meanwhile Horus, having grown to manhood, reigned on earth, later becoming the third person of this great Egyptian trinity.”
– Dr. Martin Luther King Jr. 1949
One of the things I find interesting about the above quote is that when Dr. Martin Luther King Jr. calls Ausar (Osiris) a king he capitalizes the letter “K” in the word “King” as one might do if using the word as a proper noun. Perhaps King, who was 20-years-old at the time, was making a conscious effort to align himself  with the Osirian legacy. Maybe he wasn’t. Maybe it was the farthest thing from his mind. Either way, the capitalization was deliberate, as it appears in the middle of the sentence, not at the beginning. Both Martin Luther King and Osiris are powerful men who are an inspiration to many people, and both were cut down by individuals who conspired toward their deaths.

Now, I’m not saying that Osiris was a historical figure like King is. I’m just saying that both of their stories parallel one another in significant ways. King was assassinated in Memphis, Tennessee, but Memphis is named after the ancient Egyptian city. Osiris was murdered in Egypt according to myth. Also, King was assassinated at the Lorraine Motel, which was originally named the “Windsor-Lorraine Motel.” 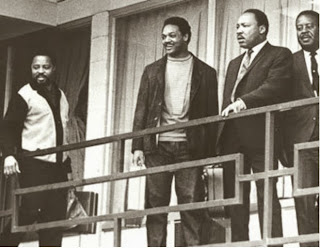 “Lorraine” is a French female name that means “from the kingdom of Lothar.” Lothar I was a descendant of Charlemagne and head of the Frankish Empire during the 9th century C.E.   The English language as we use it today is an amalgam of Latin, French, and German. The English name “Luther ” is derived from the German name “Lothar.” For those who may be confused by how the French name “Lorraine” comes from the German name “Lothar,” it should be pointed out that modern day France and Germany were a part of the Frankish Empire under Charlemagne.


The word “Windsor” means “Riverbank” in Old English. Wasn’t Osiris’ dead body floating down a riverbank according to myth? Yes, it was. King said so himself in the quote you just read at the beginning of this article. Martin Luther King Jr. laid lifeless in a pool of his own blood on the balcony of the Luther Riverbank Motel on the fateful afternoon of April 4, 1968. I wonder if Set walked around for days with Ausar’s blood on his clothes, though. Anyway, King’s assassination at what was formally called the Windsor-Lorraine Motel was not a coincidence once you decode the motel’s name. 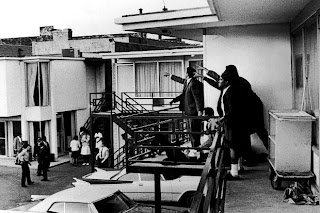 This is a reminder to all that when you personally identify yourself with a particular deity, you don’t just take on the savory aspects of that deity. You take on the ENTIRE myth associated with them and that myth will play out in your personal life. This is especially true if you have a natural resonance with the frequency of that divinity. If you feel compelled to learn all that you can about a particular deity, then it is because you embody the qualities and attributes that a given culture has ascribed to it.

If you recall, Ausar was cut into 14 pieces when he was murdered by the god Set and his 72 fellow conspirators. Ausar’s penis was thrown in the river Hapi (Nile) and consumed by a crab.

The other 13 pieces remained in a coffin. In that respect, the number 13 is synonymous with the beloved man of the people who is ritualistically murdered by his haters. In Hermetic lore, this is known as the “Killing of the King” ritual. MArtin Luther King Jr., MAlcolm X, Nelson MAndela, Bob MArley and MArcus Garvey all had an “M” at the beginning of either their first, or last names. Of course “M” is the 13th letter of the English alphabet. Not all of the men that I named were assassinated, obviously. Still they all resonated with that 13 energy which is Ausarian in nature. In later centuries the number 13 became Messianic with the rise of Christianity (Jesus and his 12 disciples). It’s no coincidence that the word “Messiah”“ begins with an “M.”

In Western astrology—which was derived from the land of Ta-Seti by way of Chaldea—there are 12 astrological houses in the zodiac. The sun represents the “sun of man,” or rather, the ego of man, that moves through these 12 vectors of consciousness. Ta-Setian (proto-Kushite) astrology forms the entire basis for the New Testament in the Bible. The four gospels represent the Air, Earth, Water, and Fire elements of the zodiac.

Based on King’s final public speech at the Mason Temple, which I recommend you listen to IN ITS ENTIRETY, the minister understood astrological symbolism. Most astute Christian ministers do, but many won’t share that knowledge with their congregations. King spoke about traveling through time and visiting ancient civilizations before seeing the redemption of a people from the peak of a mountaintop.

In order for a man to see something before it happens he must have foresight, which comes from UNDERSTANDING. King was a Capricorn, therefore his astrological totem was the goat. Goats sit on top of mountains which allow them to see things from a vantage point that others cannot. This gives the goat a higher understanding of its environment.

People often speak of the “Baphomet” goat as a symbol of fear, but that word is actually a French corruption of the title “Abu Fihamet” which was used by medieval Moors of Europe. The title means “Father of Understanding.” In his final speech Martin Luther King Jr. became an Abu Fihamet.

To read King’s 1949 essay entitled “The Influence of  the Mystery Religions on Christianity” simply click on the link HERE.