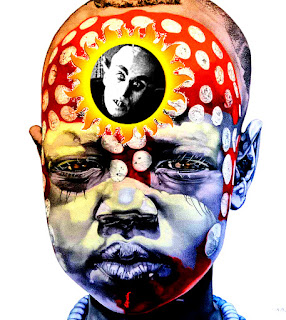 Natasha is a 31-year-old Black woman who infuses traditional African print fabrics into contemporary femme fatale fashion to frame her near fallacious form.

She Tweets regularly about the awful brutality that white policy enforcers inflict on Black men who are innocent of crime, and has numerous Facebook posts about the spiritual necessity of “Black Love.”   Her publicly expressed desire on the NSA’s blue and white wall of revealing is to see more “Black kings” at her activist-oriented community functions.

However, in real life, Natasha intentionally avoids making eye contact with all of the “Black kings” she passes in the street. She completely ignores them even if they politely wish her a good afternoon. Natasha really thinks that every Black man is an unscrupulous sexual predator just scheming to get a thick slice of her precious pussy pie. Much like the racist white cops whom she criticizes, she believes that every Black man, regardless of how he carries himself or what he’s accomplished in his life, is a stupid Black Buck ruled by passion, and aspiring to nothing more than an opportunity to pin her pum-pum to a   firm mattress. 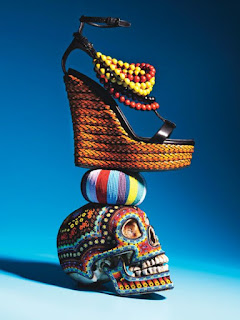 Natasha—who grew up watching her mom make the beast with two backs with lustful low lives and delusional derelicts—is psychologically, a racist white cop with a Black vagina. For her, the Black man is only a “King” to the extent that he's a willing tool to be used to forward her self-serving political agenda. Natasha is one woman, but she is paradoxically, many women. You will be able to identify her based on how she expresses fake love online.

Marcus is a 42-year-old RBG web warrior on YouTube who is passionately outspoken about  the Black girls missing in Washington D.C., but completely ignores the 6 Black boys who are also missing. Marcus is wildly popular on just about every social media platform you can name.

Black men look at him and see the stand-up guy they want to be. Black women want him to burn his hot candle wax deep in their throats because they delight in his flaming oratory and supremely chiseled muscular build.

Marcus never knew his own dad. His mom was an innocent bystander murdered in a drug turf war.  Marcus    receives several requests a year to speak publicly on how to foster healthy Black families. 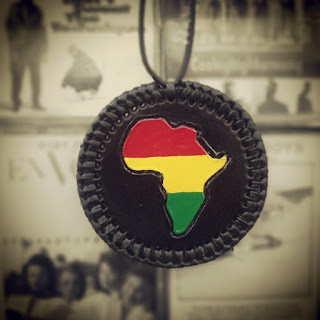 In real life, however, he’s delinquent on his child support payments and won’t even try to see his own daughter whom he conceived with a Black woman. Marcus is the same man who tells us that the Black woman is God in his videos.

He’s never been the head of a Black household where he has a woman and  children who depend on him, yet speaks with brazen authority on Black nation-building, as if a healthy family of his own isn’t a building block for the strong nation he pontificates about. Marcus is one man, but he is paradoxically, many men. You will be able to identify Marcus based on how he pushes morality online.

What causes Marcus and Natasha to project the Highly Moralistic online personas in the virtual world that are so far removed from the self-aggrandizing narcissism that  best describes their way of life? It’s because they are cyber energy vampires who obtain spiritual nourishment by aligning themselves with hot button issues of the day that have the Black community’s attention.

They’re pretty much the social media equivalent of that ugly female flunkie who gets close to the pretty girl in hopes that some of that attention will rub off on her. The “pretty girl” in this case is whatever calamity is trending in the news cycle concerning the global Black experience.

Trending news stories are cultural currency for those who are actively investing in their own social capital in this User Matrix, where human beings are props and tools for personal agendas. If global banking became centralized under Google, would a person’s credit score be based on their  social media popularity? It would be if the goal is to get everyone using social media. Yet while some people use its platforms as tools to generate interest in their services, products, and initiatives, others are only looking to spend that currency on etheric cyber cocaine, which they snort from glass monitors like wild pigs in a sty. These pretenders want to get high off of  the raw attention of an enflamed virtual world audience, even if it means lying to themselves to get that attention.

Natasha and Marcus delude themselves into believing that they are serving their community when they are only feeding their Narcissistic hunger for attention by inundating you with bad news.

Bad news travels fastest and farthest among citizens who are under emotional duress. When you're stressed out and in survival mode you become magnetized to   Bad News because you want to know what may ultimately destroy you by pushing you over the edge. A  fighting man afraid of heights always knows the  ledge. 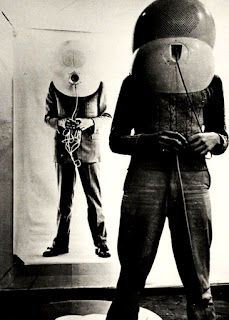 The loyal purveyors of Bad News are viable investments in the Black Woe-Is-Me Market, coordinated by a racist white Liberal money-making media machine. These liberals don't want your brain heated with the colorful spectrum of mind glow, where ignorance is gutted with a pen stroke. Pushing their Marxist atheism,  they’d rather see you stay “woke.” Vampires are “woke,” but they are also the undead. 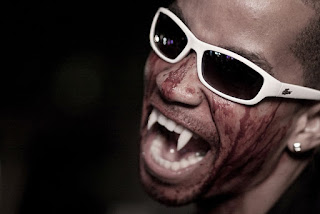 How do we kill these cyber energy vampires who get an emotional charge from our masochistic affair with mainstream media? How do we drive diamond-encrusted gold Ankh stakes into the chests of these parasites who  consume our attention and focus, but give us nothing but  Sad Tomorrows in return?

We do it by loving them through PATIENCE and a willingness to point out error through constructive criticism so that they can move closer toward actually becoming who they want us to THINK they are, because in reality, that's who they truly desire to be. And if they don't listen to corrective instruction, we withdraw our attention  and drown them in our collective indifference.

From there we spread good news, humor, and inspirational content  through our personal platforms of influence. This helps to reinforce a culture of personal transformation and self-improvement. When these things are in motion, then the cyber vampires will die from digital blood thirst. Give tender instruction. Spare the rod.    The death of a vampire is the birth of a god.

Fake news, which is usually negative, has  become highly influential in the United States. This is because people on social media share attention-grabbing headlines BEFORE reading the fucking article  to determine its journalistic viability based on common sense and critical thought.

Some folks share these fake stories because they  genuinely intend to read the article at a later time, unaware of the fact that it’s completely bogus. Many, however, never had such intentions. They   impulsively share because they know that the article will bring attention to THEIR pages, which places the spotlight squarely on THEM, even if that spotlight is very dim and blows out completely after the NEXT person viewing their post clicks the share button.

The share continues the vicious cycle of deception. In today’s climate, it’s conceivable that an article can get 100 shares on a social media platform, but just 10 actual reads from viewers. The content of the article means nothing to a  lot of people. The only thing that matters is the amount of personal attention that the headline affords them after they share it. A lot of people don't have any tangible proof that they actually exist outside of their social media interactions. Western culture is a culture of alienation, which socially isolates collectivists from their mirror reflections.

Don’t let anyone get high off of your attention if they are not giving you anything VITAL in exchange for it. Feed them a limp dick hero sandwich and a glass of hot piss on the rocks. If you keep paying them attention, inevitably your soul will go broke. Attention is currency. Dont let anyone stop your life flow.

Truth be told, a lot of people who consider themselves “conscious” don’t even have the will to get out of bed in the morning because they’re inundated with so much depressing, vitality-stealing information on a day-to-day basis. They don’t have a strong desire to live anymore. They just want to keep existing because they’re afraid to die. Despite their philosophical musings on spirituality, death is an unresolved question, for which the answer becomes a life of compromise.

As soon as progressive minded men and women find the personal power to quit smoking cigarettes, or enroll in a yoga class to improve the quality of their lives, they are bombarded with  death on their Facebook timelines. This weakens their spiritual  resolve since social media platforms are digitized spiritual altars that  modify human behavior based on what they see. Many of you dont realize how all of the  depressing media posts you see influence your daily thought patterns, making you mentally overwhelmed and emotionally weak.

Consciousness isn’t about being angry and depressed about what you THINK is the fucked up state of the world. It's about understanding that the world is fertile soil for untold beauty and wonder to grow. We all live in a true garden of opportunity and expansion. 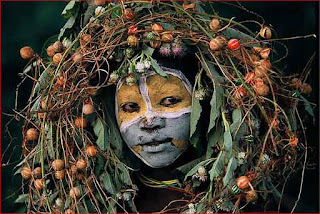 The money mavens who own various mainstream media outlets hate Black people and harbor total disdain for Black life. Why then do they  sensationalize and aggressively promote stories of  racially-motivated Black death through their portals for you to get irate and emotionally riled up about? They do it because it's another way to burn you out from emotional fatigue and kill you.

As you become emotionally burnt out, you can’t do the WORK to improve your condition. I’d rather remain emotionally conservative while working with silent vigor to improve my life. Understand that when that fire in your belly stops burning with ambition, then you’re  one dead nigger. Dying can be great; but only when it’s a bridge to transformation that occurs on your own terms. Calamity is culled from stars for masquerading frauds who surreptitiously conspire to steal my bars.

Don’t let the mainstream media’s cyber dope head pawns bring you down. Stay upfull and bright like the flaming sun at high noon. This is Mind Glow Media.