Only One Way Up: Seattle's Sonic Soul Man Erects Musical Monument to Love 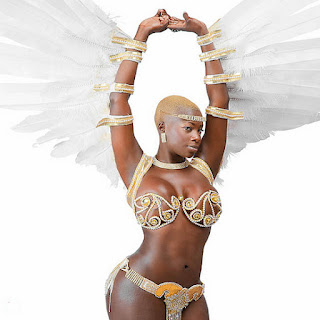 Apart from dead silence, music is the only thing that enables us to express powerful thoughts and emotions that would otherwise remain inexpressible.  New York City-based Seattle native Billy D puts forth an impressive musical offering that is sure to mute the harshest of music critics with his five-track Upward Motion EP.

There’s only one way up from down, and when one considers the amount of time and effort that Billy invests in his craft, his audio stock can only reach stratospheric heights. “Basically, my goal with this EP is to make good music that people will enjoy and vibe to,” says the 29-year-old singer, songwriter and producer born as William Cox.  “I want to leave a positive impression on the listener where they always expect quality music from me.”

The EP’s third single, “Take You Home,” is a summer scorcher that features the son of a preacher man crooning over jubilant horns, scintillating synths, and bona fide booty-popping bass with thoughtful lines like “You won’t get no disrespect from me, I will respect you, love and protect you.” Who said that the age of chivalry has passed? Billy D lyrically drapes capes over puddles and gives the young’uns one to grow on.

The second single “Got My Eye On You,” featuring rhyme slinger Havi Blaze finds Billy serenading the lovely lady with the apple bottom of his eye. On this laid back cut Billy artfully conveys a searing passion for his love interest that encompasses, yet spiritually transcends, the hunt for the treasures of the flesh.  “That song was inspired by a situation where I was feeling this girl—and the feeling was mutual—but it was like a Cold War because our interest in one another never generated any heat,” says Cox with a choir boy smile. “She was an incredible girl, though. I had my eye on her.”

The tantalizing first single “So Sexy,” has Billy rocking the bells without Uncle L, while “Take Your Pain Away” marks yet another definitive cut in which Billy D elevates true love over lust with a rare combination of cool conviction coupled with masculine sensitivity.  Within the heart of every cynic lies a hurt and disappointed idealist. This soulful affirmation of romantic devotion will leave the most jaded of women feeling optimistic and ready for love again.

The closer “You and Me,” is the golden capstone on top of a glowing musical edifice constructed as a monument to true love. The bluesy guitar strings are as cold as a frosty 40-ounce bottle of Colt 45. It makes you want to drop into a recliner, kick back, and chill, until the Ice Man cometh with his LP thrill. Billy D recently took time out of his busy schedule to chop it up with Mind Glow Media about his exciting new project.

Listening to your EP it sounds like love is really vital to your existence. What does love mean to you?

Well, to me love is the strongest energy. It unifies and uplifts the heart and mind. It can create strong bonds between people who are genuine with their feelings for one another. To me it means so much in regards to how I strive to live my life. I put out as much love and respect as I can and it’s usually reciprocated back.

Is it possible for someone to love their mate without being “in” love with them?

Most definitely. I believe there’s two types of love: that passionate love that you have for a partner you are attracted to, and then there’s that respectful love where you respect the attributes and qualities of someone or you like how they treat you but are not physically attracted to them. I think as a male having a respectful love, especially with the opposite sex, is a good thing because it allows you to get to know the woman better. This could potentially create a strong bond that could carry into a relationship if both mutually agree to take it there. 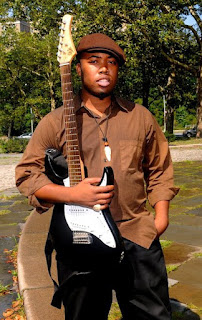 What is it about a woman that makes her “So Sexy” to Billy D?


Strength, intelligence, a strong sense of self, and confidence. I love the sensuality that women exude. There’s a certain way that a woman walks or talks to me that really turns me on as well.

I hear you. There is no denying the fact that a woman’s physical beauty inspires a man and stirs his soul. However a woman’s most enduring beauty is in her mind. If she has a powerful mind that really captures your imagination, her small breasts will appear full and succulent. Her flat bottom will suddenly bulge with the agony of your desire. Her acne-riddled face will become a blemish free coating of silky smooth perfection. This is because the image of her physical body has adapted to the mental body that she has erected of herself in your mind.

Yeah, you’re right, bro. Once you have that mental connection it opens up so many possibilities.

You moved from Seattle to New York at the age of 22 to pursue your music career. What was the most difficult adjustment that you’ve had to make?

The cost of living was an eye opener, man. I’ve had to budget a lot over the years. I also miss mama’s home cooked meals. New York’s fast pace was a little overwhelming at first, but I’ve adjusted to it pretty well. Once you are able to plant your feet firmly in New York it becomes a little easier to survive.

How has your spirituality influenced your approach to music?

Well, it’s given me a more level-headed approach, since spirituality calms you and teaches you to go into yourself. As an artist, that approach is great for creating, so it is a big influence on my craft.


Between singing and songwriting does one come easier to you than the other?

Well songwriting really requires a certain amount of mental energy, whereas with singing, that’s almost second nature to me. So I would say that singing for me comes a little easier. I love writing though. Just the images and feelings that are invoked in people through the words of a writer is a powerful thing. 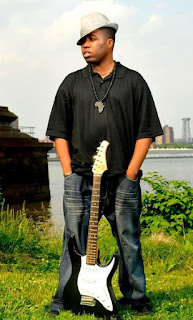 Are Billy D and William Cox one and the same? If not, how do they differ? If so, how are they the same?

They’re pretty much one and the same. There’s always two sides to a coin, though. I can be smooth, aggressive, sensual, and uninhibited. But at the same time, there’s a laid back reserved side to me. Billy is who I’m known as back home in Seattle, and my middle initial is D. So it’s a name that is familiar to my people.  When I tell folks my name they give me this look like “look at this smooth brotha here” (laughs).

As a student of music, what is the biggest difference between today’s R&B and the R&B recorded during the classic soul period of the 1960s and 70s?

There’s a lack of soul, a lack of love, a lack of conviction. Don’t get me wrong, there’s some talented cats out here really doing their thing, but there’s really not a lot of feeling in it anymore. A lot of folks don’t know who they are so they embark on this mission to be “different” and it comes off weird and contrived. To me, being different just means being yourself and realizing your own divinity. I hear a lot of folks complain about  how they want to hear the real, so I strive to take that into account when I make my music. I grew up listening to the greats. My dude is Marvin Gaye.

Word! I can hear that in your harmonizing near the end of the “So Sexy” cut.

He was a genius! I also love George Clinton who my dad played a lot. In fact my Dad, grandmother, and godmother are so astute when it comes to music—especially soul and gospel—so I had a great upbringing that imbued me with the necessary insight needed to do what I do. I see things coming around though where the real organic music is coming back, so I remain hopeful.


What is the musical legacy that you intend to leave behind?

Well with this EP, I put it out as an introduction to me, a prelude to the album which will be amazing and is coming along great. I’m on guitar, there’s horns and various instrumentation. So in that respect, I want to leave a legacy of quality where when people think of me they know that I gave it my all and put the best quality music that I possibly could out there for them to enjoy and vibe to.

To be a part of Billy D’s revolutionary Love Movement, you can log on to his official website www.mrbillyd.com . You can also show your tangible support by purchasing his music at www.mrbillyd.bandcamp.com, or digitally drop in to say hello on his Facebook (www.facebook.com/billysspot) and Twitter (www.twitter.com/mr_billyd) pages. 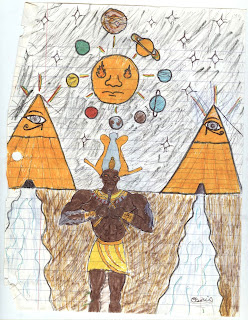 “Osiris passed through Ethiopia, a company of satyrs were presented to him...Osiris was a man given to mirth and jollity, and took great pleasure in music and dancing. He therefore carried with him a train of musicians of whom nine were virgins, most excellent singers, and expert in many other things”  - Greek historian Diodorus Siculus, first century, B.C.E.

The above quote is taken from volume one of E.A. Wallis Budge’s two-volume set Osiris and the Egyptian Resurrection. Both volumes were published in 1911 and show the relationship between the Ausarian customs and legends of ancient Kemet with those of Sub Saharan Africa. In these books you will see many distinct similarities between ancient Kemetic and modern day West African traditions. They also contain information on Ausar that you will not regularly come across.

If you have read Exiled Egyptians in the Heart of Africa by Moustafa Gadalla and similar works, then you already know that many of the original inhabitants of ancient Kemet fled to West Africa when their land was overrun by Greeks, Romans and Arabs after the fall of the 25th Dynasty. The descendants of these ancient Kemau (Egyptians) were sold into slavery to Europeans because although they lived in West Africa for many centuries, they were not regarded by some members of the West African ruling elite to be members of the indigenous population.

Although Budge highlights many interesting cultural parallels shared between West Africa and the Nile Valley, by no means was he a champion of African studies.This needs to be made very clear. Nevertheless, I found a download link with both volumes of Budge’s work which you can study for yourself in your spare time. Get it while you can, because I do not know how long it will be available. Peace!