Block Rock Athletics & The Triumph of the Timeless Mind 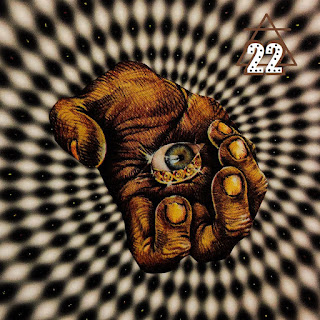 Four years ago, Bradford Skow, an M.I.T. philosophy professor published a book entitled Objective Becoming wherein he advances the “Block Theory” of time. According to Skow, human consciousness is a block of awareness spread out over the stationary fabric of spacetime. This isn’t a new idea, though.


The same idea has been conveyed by ancient spiritual cultures and examined in the commentaries on them. One text that comes to mind is The Emerald Tablets of Thoth the Atlantean, a pseudepigraphical work attributed to the Atlantean god Thoth (Tehuti) after he flew to ancient Kemet to civilize the savage Africans there. This purported history is all made up New Age bullshit, but I mention it because it goes into the true nature of time and you can easily find it on the web.


Together space and time comprise 4 different dimensions within the fabric of spacetime. Whenever time is present the 3 dimensions of space (height, width and depth) are also present. Time is the 4th dimension that verifies the existence of the prior three dimensions of space. Time does not exist when you close your eyes to meditate because you have no reference point for three-dimensional space when you’re in total darkness.


Sometimes metaphysical authors and lecturers use the terms “density” and “dimension”  interchangeably. This is fundamentally incorrect. While the two terms may be synonymous with one another, they are not precisely the same. Density is the amount of mass within a set volume.


Whenever we address matters of time we are implicitly addressing matters of space. Time is static and does not move, but man's consciousness spreads out over it and moves across time.


I would compare this phenomenon to your favorite basketball player palming a basketball with one hand. The baller's hand symbolizes his awareness, and the basketball would be spacetime. Some people have big strong hands that easily palm the basketball. Others have tiny hands with very short fingers that are too frail to do so.


Sometimes we fail to slam dunk specific life lessons because our hands and fingers—which signify our perception-- are not big and strong enough to spread out and palm the sphere of time. We don’t process the moment of truth through the victorious eye of eternity, but from the compromising and fractured lens of our bashful past. We think “I failed in the past, and I’m in a similar situation so I will fail again now.”


However the unwanted past does not have to be repeated in the present if you chose to adorn yourself with the crown of the Timeless Mind. The   beautiful thing about time perception is that we can condition ourselves to increase the size and strength of our hand to palm the block rock of time.


When the temporal block of past, present and future occupy the same space in our minds we can push the rock to the hole and throw down like Clyde Drexler. I recently experienced my own awareness through the eye of eternity. Since then I’ve broken my experiential loop and am now on a totally new time block of experience leading to Parts Unknown. 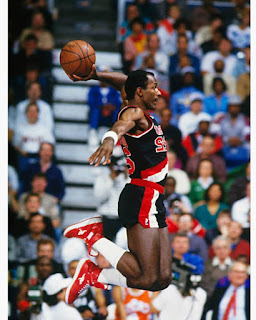 I was at a urinal one day taking a piss. A knowing voice beyond reason appeared in my head and said “This is what it feels like to pee in this world. Allow this subtle moment to seep into your senses. Let it penetrate your cell memory.”


Like you, I’ve taken a piss countless times. Exactly why The Voice Beyond Reason was advising me to take note of something so common and basic was beyond my understanding at the time. I have countless thoughts over the course of a day, and I don’t give all of them a lot of energy. For whatever reason I ear marked this one.


Weeks later I was in the middle of a lucid dream, and in that dream I walked up to the urinal and pulled out my tool to take a piss. Immediately, WHILE IN MY DREAMSTATE, I instantaneously identified with the Observer observing the writer whom you know as Adika taking a piss.


I gained immediate recollection of the admonishment I receive weeks prior to remember what pissing in the waking world felt like. While dreaming a bright light bulb went off in my head and I literally jumped out of my dream and out of my bed onto my feet. My wife was like “what the fuck! Honey are you okay?”


I assured her that I was and rushed to the bathroom to relieve myself of piss. If I were not able to consciously synthesize my waking consciousness with my dream consciousness IN THAT MOMENT to recognize the fundamental difference between the two, I promise you, that I would have peed my bed thinking that I was at a urinal when I was not. My wife would have had an unpleasant surprise. My dream was so vivid and it felt so real because  THE DREAM WORLD IS REAL.


The extent to which you invest your heart, mind and soul into the activities of your waking consciousness is the extent to which you can maximize your experience in your personal Field of Dreams when you go to sleep. In other words, your sensory intelligence is important to your spiritual development and is critical in your ability to simultaneously occupy the objective (temporal) and subjective (timeless) worlds of existence, walking in between two world’s.


An athlete is commonly defined as a person who is proficient in an intensive physical exercise. I believe that the simplest physical activities we conduct in our day-to-day lives can be highly intensive if our consciousness is rooted in the present moment while we are doing them. An athlete feeds their time cells with the memories of physical activities so they have a reference point for such experiences while they are disembodied in the spirit realm.


I was momentarily able to palm the block rock of time to drive and finish at the toilet bowl with authority because of my acute sensitivity to sensory perception. That was a basketball metaphor, but all metaphors carry within their statements timeless principles of truth. The mind prone to myth is an extensive library of symbols.


In my very last blog post on this Third Eye Max platform I wish you health, wealth, and happiness in your greatest hopes and aspirations. It was a great 10 year run. May your relentless Glow extend into infinity from the throne of your timeless Mind. You are reading Third Eye Max.