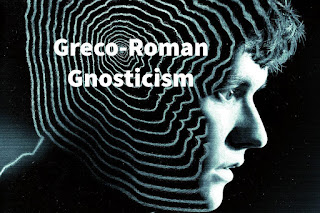 Netflix’s new Black Mirror program Bandersnatch, isn’t so much a movie as much as it is an interactive media presentation that contains movie elements, such as cinematography, a score, soundtrack, and fictional characters.

Much like the traditional video game, Bandersnatch opens the door to parallel realities wherein each individual who interfaces with it Through the Looking Glass has a different experience. A person playing NBA Live on their PlayStation alone in Tokyo, Japan does not have the same experience as one playing by themselves in Nebraska even if they are playing with the same NBA teams.

The simulation is different because the video game’s vast pool of possibility is so wide open that no two players can have the same experience of it based on the variety of choices they can make within its minimalist plot. The plot has to be minimal in order to accommodate the many variables that the video game player introduces. The player makes choices interactively that lead to a purely individual experience, as opposed to the collective experience we have with conventional films.

For hundreds of thousands of years wise village elders would tell stories to their clan about the hero’s journey beneath a dark blanket of pulsating stars. The fundamental structure of the action story has not changed from then until now. There is an introduction of characters, then an ensuing conflict, followed by conflict resolution.

This inverted pyramid structure of story-telling was enhanced in the theaters of ancient Kemet and arguably perfected in modern action films coming out of Hollywood over the last century. This  deterministic, fixed story structure has for the most part fostered a collective experience of the story before the night-time bonfires of primordial man, and within the movie theater of our modern world.

Considering the interactive potential of the internet, Netflix introduced a program that turns Hollywood’s traditional movie on its head to offer something more revolutionary than people may realize. Hollywood is in trouble, and I’ll explain why shortly. In the meantime, if we are judging Bandersnatch as a well-written, entertaining movie we would say that it is bad. Not bad meaning good, but bad meaning bad.

Before this month is over, millions of people across the United States will subject themselves to the torture of watching a poorly-written, unentertaining media presentation for no other reason than the fact they can play Demiurge and choose the course of action of its characters. Bandersnatch is interesting and engaging experience without being entertaining. What a paradox!

The Bandersnatch media presentation promotes the Greco-Roman take on Gnosticism by having us identify with its sadistic Demiurge that controls the fates of men like pieces on a two-dimensional game board. The zoomorphic symbol for the Demiurge in European Gnosticism is the lion, an animal that appears within the Netflix program if you were paying attention. 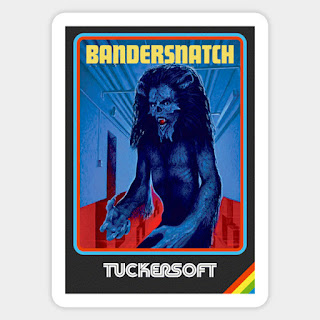 As I point out in my book, The Treasures of Darkness: Living Jewels for Spiritual Resuurection, European Gnosticism demonizes the physical world primarily because its adherents were deprived of their mother’s love and mercy. Their long-term cave trauma opened the door to them seeing the natural world and it’s ecology as an inherently evil place.

Here the absent mother is merely a metaphor for an environmental surrounding that does not foster LIFE and ABUNDANCE for its inhabitants. The lush and curvaceous woman (not to be confused with a fat woman) is demonized in poor cultures because she represents a formidable mouth to feed in a land of abject scarcity. In such cultures women with boyish bodies are more preferred because they require less maintenance than a voluptuous woman.

Stefan Butler, Bandersnatch’s main character, saw the world around him as a cold, and evil place, but he was literally without the love and warmth of his mother. This detail in the plot is not some coincidence that I’m reading too deeply into.  It’s simply a reflection of the distinctly Gnostic overtones that you usually find in Black Mirror programs.

The more familiar version of European Gnosticism that arose after Roman emperor Justinian shut down the spiritual universities of the Mediterranean and North Africa is essentially the Ice Man’s ideological inheritance. There is no ancient Black culture on the globe that characterized Earth as a prison planet. Their primary source literature and oral traditions will back up my assertion without fail.

The notion that they did see Earth as a prison is an ideological projection that European scholars saddled with cave trauma are making in THEIR books about ancient Black cultures which are secondary and tertiary sources. Seeing the earth as a plane to transcend is not the same as seeing it as a fundamental prison to escape from.


A young adult looks forward to one day moving out of their parents’ home, but that doesn’t necessarily mean that they look at the experience of living with their parents with resentment and contempt. They simply want a new experience of freedom that may include having bad bitches walking nakedly through the house at strange hours of the night. For  more accurate commentaries on true Gnosticism I recommend that you read Not In His Image by John Lamb Lash and Rethinking Gnosticism by Michael Allen Williams. Those are just starters.

All in all, I believe that Bandersnatch will be a reference point for some cultural media phenomenon that has yet to come in the way that Dark City was a reference point for the Matrix trilogy. The entertainment industry is preparing for a future world in which men and women can no longer write based on text messaging culture where words and thoughts are minimized and abbreviated for speed and convenience. 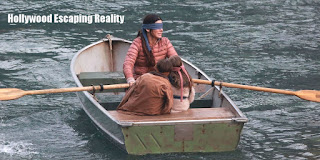 Since folks can’t write, they cannot tell stories through films that require a script with detail and depth. This is why I say that Hollywood is in trouble unless it looks for writing talent with unconventional voices. The traditional movie house that you have to leave your home to visit will not be able to keep up with the media potential of the internet. The Netflix film Bird Box could be about the old guard of Hollywood blinding itself to this inconvenient truth.

The Olympians of the entertainment universe plan to usurp the Hollywood Titans by introducing media that arrests the viewer’s attention and holds it captive. This attention grab is not based on the intricacies of its plot and depth of characters, but based on the viewer’s freedom to play Demiurge and shape and mold an imaginary world on the internet. An artificial human’s God complex may be stronger than their desire to be emotionally stimulated and mentally inspired. Until next time.


I am on CashApp via $MindGlowBooks.