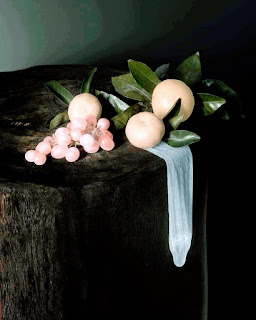 Observing social media, it seems that a lot of people define consciousness as the simple ability to identify and “expose” double standards and inconsistencies in race, gender, and class relations through rational protest.

This naive assumption undermines the fact that these cultural double standards and inconsistencies are not reflections of humanity's rational faculties, but undeniable proof of its unexamined emotions that are deeply rooted in intergenerational trauma.

This explains why folks can sit around for weeks eating popcorn and shitting on pedophile celebrities like R. Kelly, but remain silent about grown ass men they see with their own eyes pushing up on young girls in their neighborhood. When are they going to have a popcorn session about this elephant in the room?

The cognitive dissonance is real, and the kicker is that many of these supposed moralists are Catholic. This means that they identify with a global religious institution that has a near 2000 year history of pedophilia that would make the Pied Piper of R&B look like a saint. Of course I’m not talking about one of the good Catholic saints that weren’t pedophiles like R. Kelly, if such creatures have ever even existed in the entire history of Roman Catholicism. I haven’t bothered to do the research.

By the way, if you have children, and are into Western occultism, you may want to know that the French catholic school teacher once known as Alphonse Louis Constant was a pedophile who had an appetite for young girls. He may have been smitten by the teenaged version of an R&B singer named Aaliyah had she lived in 19th century France as he did.

Constant left the church and changed his name to Eliphas Levi and is responsible for drawing the famous Baphomet goat image that he published in his occult book Dogma and Ritual of High Magic. Since some of you Western occultists have stopped listening to R. Kelly’s music are you going to throw away your Baphomet statue too?

You don’t have to answer me, because it’s not about me. I don’t promote Levi’s Baphomet as an authentic emblem of deity, although I’ve written about it for curious readers. My question is just something for you to consider in relation to your professed moral values. Levi’s book was translated from its original French into English by occultist A.E. Waite who retitled it Transcendental Magic. From there, Levi's drawing filtered into Western pop culture and is seen by many as either diabolical or divine.  If you read my book, The Treasures of Darkness, you already know ta lot of his info, though.

One of my book readers recently told me that a lot of people they’ve talked to in the “conscious community” still haven’t heard of my book. I agreed with them, and they asked me why I think this is the case.


I told them that the higher you climb up the Great Pyramid, the more narrow it gets. Consciousness is not physically tangible, but it always occupies smaller spaces the more powerful it becomes. This is why Bobby Hemmitt doesn't occupy as much real estate on the world wide web as Drake.

The gold capstone on a pyramid is hoisted up by the mass of stones below it. These stones cannot see the capstone way above them, yet they raise it to higher heights in the Air. People who are not a part of the pyramidal structure, however, do see the gold capstone in the air and are more inclined to treat it with high regard and value. Whether or not my work is a figurative gold capstone is debatable, but the principle behind my analogy still applies.

The world is pretty much an insane asylum filled with magical livestock, edifying plant-life, and breathtaking landscapes that offer healing and sustenance to the hungry. If humanity were truly as rational as folks assumed, everyone would pour their expendable energy and resources into the small minority of men and women who facilitate healing and soul reclamation by encouraging connections to the organic world.

All factions of the Woke Movement that do not see the cultural value of Black antiquity’s spiritual sciences are the chosen  leaders of modern day Black slaves who conveniently search for freedom within their own bondage. They fuck fat pussies to bust nuts in rubber condoms, yet have the audacity to complain about perpetual menstrual cycles, missing babies, and invisible fetuses. Imagine, that?

They despise pussy cream and reject a raw and direct interface with the awe-inspiring grip of Nature. Woke individuals holler all day about liberty, while encouraging our collective restriction so that we bear no fruit. Fuck being “woke.” Close your eyes and hit it raw. Embrace the darkness. Da is in the belly. Let her feel it in her guts as her luscious thighs quake with every pulse of life.

The future of America doesn’t belong to trump cards that hold rank or Ugandan giants of the House. It certainly doesn’t belong to posturing moralists who can only identify cultural inconsistencies and double standards by begging the powerful to make major concessions. Power does not consider the idle protests of cyber activists who lack the drive and determination to disrupt its continuity by the sweat of their brow in the real world.

The future only belongs to visionaries who can groom themselves into  emotional therapists who patiently escort the insane from the turbulent seas of debauchery to the peaceful shores of self-awareness through art, science and sustainable technology. Humans don’t think with the gray matter in their heads. Their central processing centers are in their bellies. Fuck being woke. Woke people are watchers, and watching is painfully passive. Close your eyes and hit it raw. Be active and physically involved.

Embrace the Mystery of the inner world or the superficiality of the external will blind you with empty ambitions of  wokeness.