The Simulacra of Bio-Mysticism & The Orgasmic N!gga Time Bomb 2 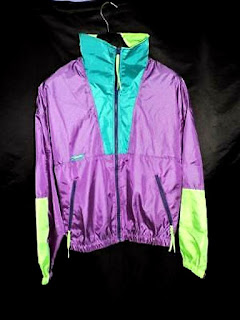 I went to junior high school in East New York, Brooklyn in the early 1990s. This is the same part of town that rapper Jeru the Damaja references in his song “Dirty Rotten Scoundrels.” I can’t tell you how many times the Columbia jacket in the photo above was nearly stolen from me.

I wasn’t as lucky with my white Lakers game hat, though. When I was 13-years-old a grown man with grey hairs on his face robbed me at gunpoint with a .22 pistol in front of my school. I saw him ahead of time, but my guard was down because in my mind, at that time, “adult” equated to being “just, righteous, and responsible” in most cases (especially if I didn't suspect them for being a crackhead) so I thought I was safe. I was dead wrong.

Every day I came out of that school building looking over my shoulders with this Columbia jacket on. Much later I learned that Columbia was the name of the feminine spirit behind the doctrine of “Manifest Destiny” in the colonial era of thievery through “discovery” of occupied lands.


Clearly, I was willing to suffer for fashion. As students, we had school uniforms, but I stopped wearing mine in the 7th grade because I wanted to distinguish myself from others through my appearance. Even then, I hated wearing any piece of clothing that I saw everyone wearing, even if it were “in style.” Although Columbia was a popular brand name at the time, the colors on my jacket were uncommon compared to the ones other people wore. 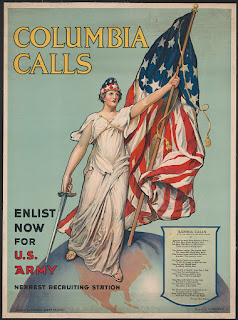 Unlike today, mediums for personal self-expression were scarce commodities for young Black men of my generation. We wanted to convey our uniqueness by any means we perceived necessary. We all came from different households that shaped and molded our FAMILY cultures. However when we left our families to be amongst each other in the classroom, or in the streets , there was no unifying cultural identity that spoke to our common experience in a way that fostered collective character development.

Hip Hop culture was inspiring to many of us. Still at that time, it was essentially a Latchkey Kid culture without the benefit of responsible adult mentorship. It was centered around visually impaired young men giving instruction to blind young men feeling their way around in the dark corridors of life.

Our overlapping communal culture didn’t reinforce our respective family cultures which often—despite that turbulent era in New York City—gave us solid principles to live by. But as impressionable youth we were confused by the absence of CULTURAL CONTINUITY between the micro world of home life, and the macro world outside of it. This ultimately contributed to the organized confusion, in our communities and in our minds.

Some brothers were able to monetize their grossly exaggerated ghetto war stories which had a high market value among the amalgamated corporate entities we call the United States of America. Very few of its angel investors have been interested in purchasing stock and shareholding in the naked humanity of young Black men. Instead whole industries were shifted and driven by the simulacra, the outer shells, of daily ghetto life. The mean-mugging screwface became a lucrative manufactured product of the U.S. corporation in the quest to manifest destiny.

The Black savage with bloodshot red eyes, mustard suede Timbs willing to do anything for a dollar is one of many archetypes in the ghetto universe. Yet he was made to appear as the standard bearer for Black masculinity, as opposed to the abhorrent departure from it that he actually was. By the way, the word “hustler” was originally a term used for a male prostitute who serviced other men. A business man makes money from quality products and services that he takes personal pride in. A hustler will do anything for a buck because he only thinks short term.

The celebrated savage constantly tells one of the biggest lies that we’ve all heard from several rappers who are promoted by liberal hipster media outlets: “I’m just talking about the ONLY life I know as a nigga from the ghetto.” Bullshit. You’re talking about the caricatures you can sell to people who only want to put money behind a sensationalized version of Black manhood. I’m not going to totally shit on a poor Black man’s opportunistic come up, but let’s call it what it is.

In this artful Simulation of the old Wall Street slave auction scene, the Black buck gets fucked for luxury whips, fast bitches, designer clothes, and stacked bucks. For more insight into cultural simulations I recommend that you read Simulacra and Simulations by Jean Baudrillard. I’m quite certain that he’s the man who has influenced Kanye West’s disjointed commentaries on the ever-restrictive simulation. There are some profound perspectives expressed in that classic work of postmodern philosophy, which may not be an easy read for some. 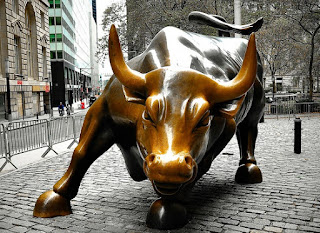 The Wall Street Bull of Apis

Wall Street in New York City got its name from the fact that there was a long wall along that area in which African prisoners of war were bought and sold to the highest bidders after being carried off of war ships that had docked in the vicinity. Most of the land between Manhattan’s South Ferry and Wall Street today is actually land fill. 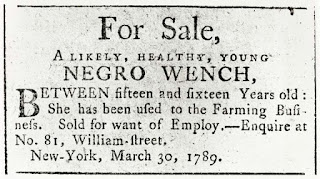 In colonial times, New York City’s Hudson River extended further inland towards Wall Street where African POWs were sold to build the new plantation economy. This economy is still intact because it is the product of a self-replicating simulation that spans numerous centuries.

The famous bull statue in the Wall Street area on Broadway brings to mind the Bull of Apis, which was a totem for the god, Ausar (Osiris), who is Lord of the Underworld and guardian of the dead. The Black god is overseeing the souls of numerous Black POWs buried under the financial institutions of Lower Manhattan right now.  On any given day, you will find tourists from all over the world lining up to take pictures holding the bull’s massive testicles. Based on the looks on their faces, they all love the bull market. It makes their Kundalini rise.

In like manner, the fossilized predator spirits of Krampus and Zwarte Pete are reinvigorated by criminal codeine soundbeds that arouse the shallow imaginations of European consumers who want to hear a dead god spit bars that support his spiritual dismemberment for a few dollars more.

Don’t mistake what I’m saying here for Left Wing vs Right Wing political propaganda. Both constructs are two sides of one body controlled by the same head. The Bizarro World A.L.L.A.H. consists of a deformed  Arm, Leg Leg, Arm Head. I highly recommend that you read The Occult Technology of Power: The Initiation of the Son of a Finance Capitalist into the Arcane Secrets of Economic and Political Power. It will give you a better understanding of this social dialectic.

This is an ongoing conversation. I invite you to add your two cents in.


Buy my book at WWW.MINDGLOWBOOKS.COM