Biters will be Eaten: A Message for Hungry Plagiarists 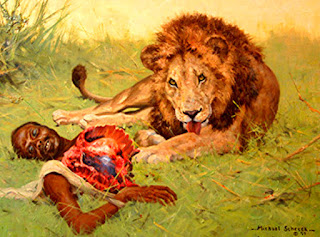 Shout-out to all of the plagiarists out there getting high on the cheap thrill of identity theft. This morning I was reading a post on the metaphysical principles of Rastafarianism on a digital media group totally dedicated to the subject. I appreciated the first post that I read since I have written on similar subject matter, but I didn’t learn anything I didn’t already know. Despite this, a voice in my head told me to read more because I would learn something. I most certainly did.

While reading the second post from 2016, I saw that the vocabulary, distinct angle, and unconventional connections that the voiceless narrator was making were eerily similar to material I had already written for my blog in 2011. As I kept reading, I soon came across multiple paragraphs where the individual had copied my published thoughts, verbatim, word-for-word, with no attribution to me at all.

As I kept reading, I learned that MOST of the post were in fact my words, which came directly out of my head after synthesizing my research and my own life experiences. The Impostor promotes Ital (vegetarian) food, so I didn't understand why they were needlessly looking for beef. This is nothing new to me. I’ve been plagiarized for years, but my written words carry a gift and a curse. The reader’s intentions, character, and aptitude determines how they experience my words. Biters will be eaten. Lovers will be embraced by the globe. My jeweled crown was earned through laborious effort. You can’t take it off my head and wear it just because it matches with your outfit. I got a big head, so my crown probably won’t fit you anyway.

To top it off, I found MORE posts that were blatantly plagiarized with no attribution given to me. People were complimenting the impostor on how brilliant they were, but their words were ALL mine. If this fake Rasta could have stolen the interview I conducted with Haile Selassie’s Attorney General, he would have taken that too. That, however, is only in my book The Treasures of Darkness. It’s not on my blog.

Be very skeptical of anyone presenting themselves to you as some altruistic teacher but they don’t have the humility to identify peers that they’ve gained insight from in whatever it is they’re teaching. These peers are often people they don’t actually know, but they’ve been moved by their expressed ideas in some way. This is a more genuine form of admiration, because there are no ulterior motives.

People love to shout out legendary teachers who’ve transitioned, or even wonderful Elders who are still alive, because it feels safe and gives the public the impression that they are the SOLE inheritors of a rich legacy of teaching. Some of these brothers will demonize Christianity, but they clearly have a Messianic Complex.

They subtly brand themselves as THE ONE. They only see competition in potential allies because their minds are really small and they’re not very bright. Their integrative skills are poor. In real life, they’re bozos. No one who really knows them respects them.  They sit on a perpetually revolving door of thrones.

Remember, no matter how bright you think someone is, they are receiving SOME portion of their light from men and women of their generation, who are ALSO proficient in similar areas of study. Some of these peers are well known. Others are not. Yet we all learn from and inspire each other. That’s just how the rhythm of life flows in the transmission of natural intelligence. Unfortunately, some  are proponents for Artificial Intelligence because they're not real.

You are only a teacher when you put the student onto other teachers you’ve learned from. Otherwise you’re just a self-serving bum passing yourself off as a king. The crown is not for everyone to wear, but we can all be inspired by its glow.