Trolling for Messianic Treasures: Spiritual Self-Mutilation in the Attention Economy 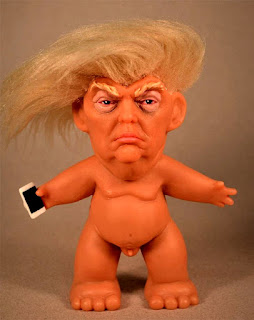 Capitalism, as we’ve usually experienced it up to this point, is a very immature system of economics for immature minds. The juvenile troll culture that is so prevalent today is the crystallization of the perverse psychological manipulations employed by Ed Bernays and other social engineers who figured out how to monetize human attention by exploiting your deepest insecurities. Exploitation often seems to be a defining feature of the capitalist model.

Today, the internet troll fields our attention and garners power through their own self-depreciation and self-mutilation, which they are always rewarded for in the Attention Economy that I’ve heard Red Pill speak on insightfully. At the very core of this dynamic I see the fundamental principles of Roman Catholicism at work. Catholicism is centered around spiritual redemption through self-contortion and embracing human abnormality as a virtue. Earthy instincts that are natural  and healthy are demonized. Sacred altars to the false gods of depravity are erected.

When NATURAL instincts are suppressed in the name of civility the human animal overcompensates for this suppression by actively seeking out perverse abstractions of what was initially desired. Natural experiences that were once joyful are seen as boring and “too vanilla” in the sight of modified human organisms who have been stripped of their Wilds.

To compensate for the forceful suppression of his personal jinn, which are his innate passions, man is consequently drawn to the most grotesque deformities of the soul. There are YouTube videos where people do nothing but pick scabs, crust, and puss off of their feet. These videos are viewed by millions of people as a form of fetish entertainment.

U.S. data scientist Seth Stephens-Davidowitz reportedly studied anonymous Google searches and found that there is a huge spike in inquiries for “Nigger Jokes” whenever a Black person is  the focal point of the most trending topic in the global news cycle. Google searches for “nigger jokes” run in the millions every single year and is googled far more than jokes concerning any other racial or ethnic group.

The contorted superhuman redeemer crucified on a cross is the prototype for human sexual complexes and dysfunction (Matthew 5:28-29). The Jesus Christ of the gospels is the first Attention Prostitute. For greater insight as to why I used the term “Attention Prostitute” as opposed to the conventional term “Attention Whore” please read my January post “Psychic Self-Defense for Hungry Whores in the Virtual World.” In John 14:6 Jesus says “I am the way, the truth, and the Life. None shall come to the Father (God) except through me.” That quote is a flawless expression of Narcissistic Personality Disorder. The vanity of social media culture is a mirror reflecting the global  dominance of  messianic mythology.

The fictional Jesus of the gospels also planted the seeds of Capitalism long before Adam Smith was even a thought. He identifies his own followers as fishers of men, which places men whom his followers catch in the category of personal property that can be used to forward the agenda of the owners, who of course are his followers, the righteous fishermen and first capitalists. 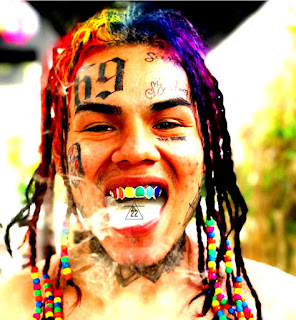 The Lord of Misrule

As a business person in a capitalist society it can be very difficult for you to “get to the bag” unless you become, or pretend to be, a self-absorbed narcissist trolling for the treasures of commerce via the attention of others. A lot of men label themselves Alpha Males.

One way to determine if you truly are is by assessing your ability to make good money WITHOUT being on a lot of people’s radar. A true Alpha Male possesses skill sets that are indispensable to his civilization, so people will seek him out and pay him handsomely without him having to become a celebrity. The most powerful men on the planet are not widely known. Building a revenue stream solely off of popularity is a form of prostitiution.

The internet troll who optimally monetizes his notoriety is hated and inevitably crucified by the masses because of his shameless conceit fueled by their watchful eyes. The very idea of a redeemer, a chosen one, a Messiah, or even a celebrity, is the essence of narcissism as a center piece of a culture. This narcissistic culture projects exclusive value onto one individual who is surrounded by a faceless sea of devalued humans who live vicariously through the “Chosen One.”

Man has been wounded by the personal neglect that he has suffered through the vanity of the Messiah Matrix. His imagination has been severely fractured. The youth sing the blues over trap beats and turn to opiods to numb the pain they feel from being disconnected from the eternal Stream of Life that is paradoxically moving yet always still. This stillness grounds the beloved in a beauty that can only be perceived when they are firmly rooted in the novelty of the present moment. The moment is airy and atmospheric, and so is today’s urban pop music.

Thanos’ nihilism in the movie Avengers: Infinity Wars, speaks directly to the sentiments of many young people born after my generation who find deadly liberation in the use of opiods, and other peculiar substances.

For some of them, simply “fading away” into non existence is an appealing thought that fosters a sense of peace and elusive tranquility. The absence of round penetrating, bass drums in  instrumentally sparse and atmospheric youth music mirrors the absence of directed intention in one’s doings. It’s the triumph of indifference and indirection over the pressure of a deliberate existence.

Today’s popular music wasn’t made for the purpose of building a legacy of self expression, but in merely getting attention to build a revenue stream in the moment. There is no “Self” to express in the current youth paradigm, so self-expression has no intrinsic value in it. The self can only be defined through suppression. Today’s young people don’t know suppression the way that a person who is 40 years old and older does. That’s why they’re less skilled. I’ll explain what I mean in a few.

It’s always interesting to see how movie themes reflect the dominant social trends of the times in very subliminal ways. What I see for the future is Troll Culture undermining the very foundations of capitalism by making everyone numb to those who court attention at all costs in exchange for money. The world will resent the driving force that ignites the soul of capitalism in the form that we’ve experienced it up until this point.

More people will shut out the external world and turn inward. The opiod epidemic gripping the U.S. reflects a misguided attempt to slow reality down and experience a far more simplistic internal reality that the hamster wheel of capitalism does not offer. People are overdosing on opiods to remove the imprint of exploitation.

Capitalism has been successful because the promise of individual reward for our individual work drives our innovation and creativity. However, that reward only holds value for  us because our inherent creativity and imagination has been shackled by a superficial culture that fractures collective identity into splinter cells of self perception.

Our drive for self expression comes from the fact that we’ve been silenced for most of our lives. Only people who have been muted crave self-expression. People my age and older strive to break the silence imposed on us by developing talents to reacquire our stolen birthright which is the nurturing eye of attention and the healing warmth that comes with it. Someone stole our spiritual birthright, and gave it’s holographic reflection back to us as compensation for our perpetual labor.

We’re cannibalizing ourselves to taste the outer shell of our birthright in the form of fame and money without ever getting to the core of it all, even though the shell and the core were both given to us by the Earth for free! We toil for fruit that was originally given to us at no expense through the mercy of our biosphere.

The youth are not busting their brains developing talents. They’re just finding quick and easy ways to obtain their birthright which is the only thing that any of us really wants anyway. The dissolving of the parameters that define gender are the end result of this approach since young men are aspiring to get money within the society, without aspiring to be the architects of the society. Architecture, whether psychological or in the dense physical, is a masculine preoccupation.