The Rules of Time & Space in a Wild Wild Country 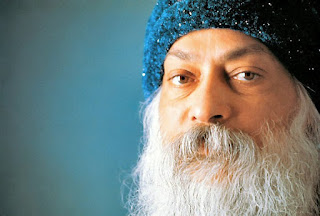 Time and space are inseparable. The purpose of closing your eyes to meditate is to stand outside of time by removing space from your field of vision. There is no space in absolute darkness, therefore there is no time in it either. Meditation is a modality that inevitably leads us to The Treasures of Darkness.

To say that time is an illusion is to say that space is also an illusion. Space is made up of the 3 dimensions of height, width, and depth which all tangible objects have. If you tell yourself that tangible things are not real, then you will have trouble acquiring or maintaining tangible things and you will be materially poor. You cannot successfully obtain something if you tell yourself that it isn’t real. Universal law will not allow it.

Time is NOT an illusion. It is a construct that one can transcend and then return back to at will. We have bidirectionality of movement in this expansive sea of human experience. This is the only perspective I know of that allows a person to grow in their spiritual awareness and abilities, while also enjoying an abundance of tangible materials within the Western cultural model we live in. Saying that “time is an illusion” sounds deep when you’re talking about “chakras” and “Kundalini energy”, but it’s really a philosophical path to poverty.

Many people embrace the spiritual philosophies of the Far East without considering the impact that they will have on their Western fiscal realities.

I just completed watching a Netflix docuseries about Indian guru Bhagwan Shree Rajneesh. He’s perhaps more recognized to his readers as Osho the Master. The series is called Wild Wild Country. The 6-part documentary documents the rise and fall of the city that Osho and his Rajneeshees built in Oregon. Osho got his nigga wake up call once he came to America from India to secure the Bag from upwardly mobile Americans eagerly seeking new perspectives on spirituality. The program is definitely a must see for all spiritual aspirants.

One of the things that becomes clear to the perceptive viewer who watches the series is the fact that in order for Osho and his followers to contend with the Hillbillies in Oregon, they had to adopt a more aggressive, and therefore a more Western, worldview to hold on to their LAND.

They employed statecraft in order to buy themselves TIME.  All land occupies TIME AND SPACE, which is a very real construct within the Western cultural model. This is why Real Estate has so much monetary value attached to it in Western societies.  This fact should give you an even deeper understanding of the simple phrase “time is money, and money is time.” Think about what that means.

If the Rajneeshees held strictly to the more passive tenants of traditional Eastern Philosophy they would not have been able to secure land in the United States.

Osho the Gangsta and his secretary Sheela (who was the Indian goddess Durga incarnated) saw to it that they had more guns than the entire Oregon police department. They preached about sexual freedom and transcendental meditation, but they had guns to protect their TIME AND SPACE (i.e. LAND).

They probably scared the Hillbillies testing their aim at their privately owned firing ranges. That was a bad idea, because many white men are traumatized and haunted by the thought of being devoured not only be people of color, but their culture, even if that culture is being advanced primarily by other white men and women. Those fearful white men will move in on any perceived threat to their way of life (whether real or imagined) with reckless abandon.

Wild Wild Country is a great documentary. Pay attention to what the Rajneeshees got right in their approach, but also, what they got wrong. There is a lot for you to learn in this particular Netflix series. Like I said in my book, TheTreasures of Darkness: Living Jewels for Spiritual Resurrection, the group that is united by core values that all of its members choose to live by must live uniquely unto themselves, while appearing to be like everyone else.

Uniforms that make you easily identifiable make you a target. How do avid Freemasons dress? They dress like everyone on the planet that you can imagine. Moving through the sea of humanity with one singular mind, and no identifiable appearance, makes you very powerful.