The Power Outside of Her Super Bowl 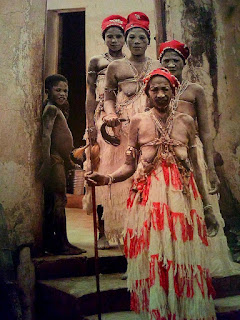 The women in the photo above are powerful spiritual medicine women from Côte d’Ivoire. They are known as “Comains” which means “those who have been mounted by genius.” They are highly revered in their Agni community for their extraordinary knowledge concerning affairs of the heart and matters of the spirit.


Women like them are the conceptual basis for the Furies of ancient Greece, the fictional Bene Gessirit of Dune novels, and the Iyami Ajé of Yoruba culture. These women are Human Resources of a high order. Their value and worth is far reaching.

How many of us as men, born and raised in Western countries, would refer to women like these as goddesses, feminine expressions of a divine potency with the power to shape and mold our world? Not many. However we’ll call Bria Myles, Juju, or Amara La Negra goddesses. Why? It’s because they’re sexually appealing. While I don’t oppose such sentiments expressed towards visually stunning women, I do want to place my microscopic lens over the cultural criteria that determines how people with Western minds (which we all have to varying degrees) value women.


I’ve never heard an enlightened man, or a woman for that matter, call a woman a goddess solely on the basis of her exceptional ability. However I’ve seen men deified even though their physical appearances were unappealing by a general consensus in opinion. 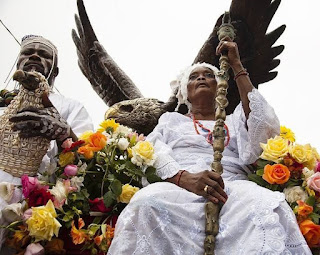 Our criteria for value dismisses the skills and insights that some women may have actually acquired over the course of a lifetime. We’ve all seen attractive 50-year-old women posting ass pics on social media, while alluding to the “feminine power” that they possess. They may not have even considered the fact that their very definition of power is determined by men who only value women they want to smash. What happens when men aren’t as excited by the thought of fucking the 52-year-old woman like they would have been when she was a 25-year-old? Does her so-called power disintegrate into thin air? It has to if it is based on something that is fleeting.

I remember seeing a woman who worked in the central library near me between 2004-2005. She looked sexy, and you could tell that she knew it. Her mannerisms betrayed the thought patterns of one who took pleasure in being seen by others. She would walk by in elegant strides, and if men made eye contact with one another after she passed them, they would give each other that look as if to say “that sista bad, right?”

I saw the same woman working in the library earlier this week. It’s 2018, and times have clearly changed. She now has a lot of gray in her hair and her magnetic figure is totally gone as she put on a lot more weight. She didn’t look like someone who derives pleasure from being seen. She looked more like she’d rather fade into the background of life. She knows pain. Despite any skills or knowledge that she may in fact possess, the dominant culture doesn’t celebrate women who add value to the world unless they are sexy.

If I determine the circumference of your power, then I am more powerful than you. I’ve got my spiritual spatula, so now I’m going to stir your super bowl.

All external gods are magical fetish tools and these tools are the mechanisms by which man is able to bridge the gap between himself and his desired experiences in the world of waking consciousness. It is impossible to believe in an omnipotent God in outer space and resist the desire to reduce women to magical fetish tools to be used and then thrown in some corner when they no longer fulfill a specific need.

People shocked by the emergence of life-like sex dolls and sex robots are very naïve and are not paying attention to the subtle undercurrents that guide the actions of humanity over time. The first sex dolls were Yahweh, Jesus Christ and Allah. What do I even mean by this? Well, people gravitate to external gods because they want to take something from them to add to their own pleasure. They don’t pray to gods because they want to GIVE something to these gods. Men AND women have this selfish attitude where they’re excited about taking from each other without even considering what they have to give that is of any value. They’re motivated by NEEDS and DESIRES that they want fulfilled not a passion for sharing. 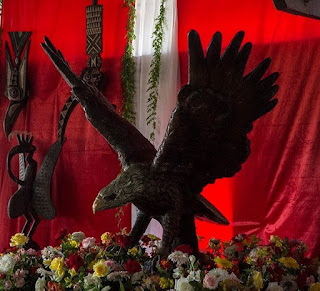 
The fictional King Solomon of the bible had an interesting relationship with eagles. They followed his orders. He was even known to travel on a peculiar eagle of his own. What if King Solomon is a fictional reference to a particular kind of man who has existed throughout time? What if King Solomon’s wealth, wisdom, and prestige can be attributed to a far more expansive appreciation for a feminine archetype that is in possession of a power that extends far beyond visual beauty?

Illuminating answers to these questions and more await those with the courage to obtain The Treasures of Darkness. Get your copy by going to my website at www.mindglowbooks.com.