The Ancient Egyptians were White!!! Get over it Negro!!! 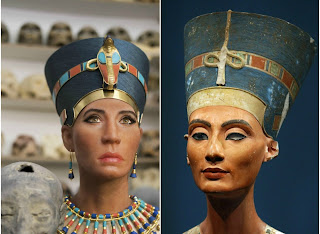 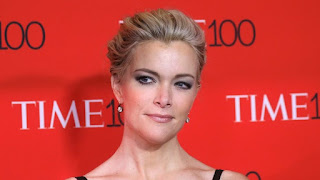 Black Twitter didn’t respond well to the Green Eyed reject from Wakanda passing herself off as Akhenaton’s baby momma. Black Twitter took affirmative action. They did what any righteous, red blooded, Americans with creative drive and initiative would do. They grabbed their smart phones and complained on social media.
You would think that Popeye’s Chicken employees were going on strike, given the unbriddled exhibitions of Black Rage. “Queen Nefertiti ain’t look like Barbara Streisand,” said one sista. “This is a conspiracy to combat the global revolution against white supremacy being initiated by our brothas and sistas at Marvel Studios,” said Dr. Iwaku Madagungu the Great.
Mind Glow News decided to get to the bottom of the matter by interviewing white America's leading Egyptologist Dr. Walter Pygmeister whom we caught in front of John Birch Society headquarters. “The negro needs to stop with all of this Afrocentric mumbo jumbo,” said Pygmeister. 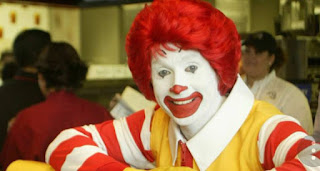 “The entire world knows that the ancient Egyptians were as white as Ronald McDonald based on the climate alone. Some were dark skinned caucasions like Hulk Hogan. They migrated from Hypoborea to Egypt about 30,000 years before the birth of our Lord and Savior, Jesus Christ. Like our noble Aryan ancestor, Yogi Bear,  they rode a heavenly ark  in search of The Perfect Place, where the  skies are blue, and the trees are green, with the richest land they’d ever seen.


The great white masters of Egypt were the mothers and fathers of civilization. They gave the world sun screen lotion, Starbucks coffee, the copyright office, and several kinds of cheeses for crackers. You Negros can have Marcy Projects. But ancient Egypt belongs to us. Queen Nefertiti was white. Get over it!!!”


Louisiana rapper Lil Vein, fresh off the Barter 9, responded with a few bars that were aimed at the dome of the Storm Front University professor. “You  boycottin' niggas?/ We got that cotton, boi/ I’m Truck Fit, when my glock spit/I slay vultures/Smooth out your creases, with hot irons/I drive the culture.”


Here at Mind Glow News Agency, the tireless search for truth never ends. What’s your opinion on the the Queen Nefertiti bombshell? We’d like to know!!!


Buy The Treasures of Darkness at www.mindglowbooks.com. It is a classic piece of literary work about LIFE that has been filtered through a comprehension of the spiritual arts and sciences.