Mask Off: Don't be Afraid to Eat the Magic you Marvel 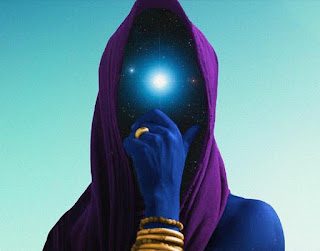 The ancient Kemetic goddess Ta-Urt is the primordial whirling dervish that many Sufi mystics are unknowingly alluding to in their cyclical movement towards ecstatic revelation.

It is widely believed among the compilers of Arabic dictionaries that the name “al-Lat” derives from a root verb that means to “mix” or “stir” which suggests the preparation of something to be “consumed” or “swallowed” upon reception.


The momentous whirlpool of energy that the Sufi produces upon rotation generates a psychic portal that magnetizes “Ras Tafari” (the divine head that inspires awe according to Ethiopian Coptic thought). The RAS is the divine source behind inspired writings that seem to come out of nowhere. To be ecstatically inspired is to be in psychic resonance with Ras Tafari.
The Hebrew word for “Book’” is “Sefer,” which holds within one of the branches of its phonetic tree, the word  “Sephirah.”  It is said that the Hebrew word “Kabbalah” means to “to receive” hence it has been called “the doctrine of reception.” I am of the opinion that “Kabbalah” also means “to eat.” One of the most direct ways to learn about something first hand is to eat it. Of course, this isn’t always practical. Please use your discretion.

A sephirah is a Kabbalistic power vector through which geometrized photonic intelligence is transmitted and then received by an individual as a frequency overlay upon their soul.

Why do I have to use big words? You have a bright mind. Why do you entertain people who cause it to go dim? Is it the fear of being alone? You won't be alone. You're amazing. Words are tools that allow us to convey novel ideas and concepts through scribbled characters inspired by objects and lifeforms found in nature. The letter “S” is a serpent.  “Secrets” are held by those who pass through corridors of power but don’t talk.


World renowned artist Pablo Picasso (October 25, 1881 – April 8, 1973) saw African masks at the Ethnographic Museum of the Trocadéro in Paris, France in June of 1907 and had an immediate revelation:

“The masks were not simply sculptures like any other. Not at all. They were magical objects… It is not an aesthetic process; it’s a form of magic that interposes itself between us and the hostile universe, a means of seizing power by imposing a form on our terrors as well as on our desires. ”

A word is also a mask, and masks are weapons that kill people who aren’t supposed to eat the five pointed star at the center of the apple thats sprouts from the Tree of Life. Hold your words firmly. Pull the fucking trigger. The power is in your hands. If you step up your vocabulary with new words, which are masks in their own right, then you just might become empowered enough to build yourself a rocket ship that takes you where you’ve always wanted to go. 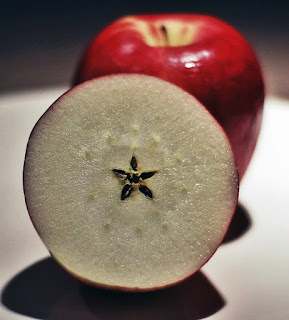 Inspiring written words are the fruits of a special tree that feed and nourish the mind's Eye. When we read, we eat with our eyes. Whatever your Eye enthusiastically embraces is a mirror reflection of who you actually are. Long before the ancient Hebrew mind could even conceptualize the sephirah's on the Tree of Life, these sephirahs were masks carved by master craftsmen in the bush. We’ll get back to the masks shortly.


A well-known “Sefer” (Book) is the “Torah” which spiraled out of “Ta-Urt's” circular motion of effortless effort. Her momentum activates the rotating black hole that serves as an entry port for the concentrated light beam that activates ecstatic vision through trance.


Our world’s diverse mystical teachings are relative cultural interpretations of a singular universal voice, whether it be Rastafarianism, Sufism or Jewish Kabbalah. Confusion is redeemed through minds that synthesize the unifying intent of The One by solidifying the unearthly phantoms of ancient  African dreams. 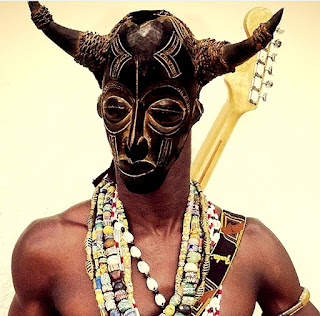 The wide variety of ceremonial masks crafted by indigenous people from across the globe incorporate distinct geometries that mirror the projected spectral configurations of far away planets and stellar bodies.


When you look at the face of an indigenous mask you are looking at a state of the art technology that can stimulate a sense of awe within YOU, the viewer. If your soul is in a state of deep arousal when you look at it, the mask's geometry instantaneously becomes a star map pointing the way back home where your crown awaits you. 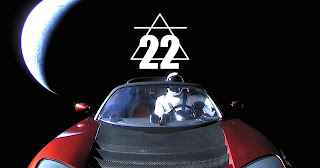 Paul Laurence Dunbar’s timeless poem “We Wear the Mask” is beautiful in its effortless eloquence, but the truth that it conveys is culturally relative and must be read within its proper context.


If you can identify the mask that speaks most to your soul, then you can map your way back home amongst the stars. So called ancient “tribal masks” are the technological tools of personal revelation. The composers of masks are your mystic revealers. The Treasures of Darkness is that book about life, culture, and spirituality that you've been waiting for.

The lead image for this post is a made by Manzel Bowman. His art is amazing.