Does the Fictional Black Panther have any Basis in Historical Fact? 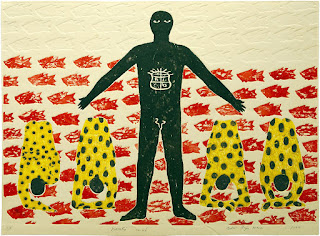 The Black Panther movie, produced by Marvel Studios, is an impressive work of fiction directed by Ryan Coogler. Although there is no nation in Africa known as “Wakanda,” it should be noted that the best fiction is grafted from real people, places, and things that have an actual basis in history.


Going back to ancient Kemet and Nubia, extending deep into Central and West Africa, and going further into modern day Cuba, you have had the existence of leopard societies with secrets. These leopard societies possess carefully guarded knowledge of a deeply spiritual nature. 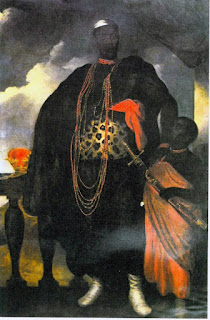 
In my book, The Treasures of Darkness, I talk about the cat and dragon clans from Africa who established monarchies across medieval Europe, not only in Spain, but in places like England and Germany. These feline clans also existed in the ancient Americas in the form of the jaguar societies.


If you do any zoological research on feline mammals you will find that all species of panthers, lions (Panthera Leo), tigers (Panthera Tigris), jaguars (Panthera Onca) and leopards (Panthera Pardus) belong to the “panthera” genus which is the basis for the word “Panther.”


Leopards and jaguars are really recessive panthers with lower concentrations of melanin in their fur. Perhaps the leopard folk are Black Panthers that had once fallen from nature's grace but are on an upward trajectory to find their way back to greatness.

The closest that the African American man will get to becoming a real life “Black Panther” like T’Challa in the Black Panther movie is through the PRACTICE of  ancestral spiritual SCIENCES from the continent that we now call Africa.

And I’m talking about sciences that are fostered by LIVING traditions that are fully-intact  in places like Ghana, Benin, Togo, Nigeria, Burkina Faso, Cameroon and the Kongo, not guesswork trying to piece ancient Kemetic traditions back together through metu neter engravings or the English translations of such works. No disrespect intended, but that’s not going to take you to the Next Level.


You already know this in your heart. I’m just reminding you. Grab your guitar. Play your soul’s song. The power is in your hands.
The Abakuá is a Cuban leopard society founded in the early 19th century by African prisoners of war during the Trans-Atlantic trade in gods and goddesses. They came from the Ekpe, an all male leopard society from Nigeria and Cameroon, whose members allegedly filed their teeth for combat. Pretty fierce, huh? 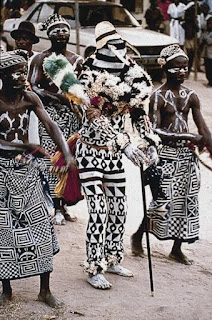 However these men also excelled in the arts, particularly, music. The Abakuá of Cuba were influential in the development of Afro-Cuban jazz, which had early collaborators among African American jazz artists like Dizzy Gillespie and Charlie Parker.


I mentioned the dragon and feline clans of old Europe earlier. Those clans are a critical part of the narrative I’m outlining in this post. Cats and reptiles share some of the same characteristics, but unlike the reptile, the cat has a limbic system which is the basis for feeling and emotion.


Music, in its original intent, was all about using instruments made of organic materials extracted from plants and animals in your natural environment to convey the power of the life force through audible emotions.


I find it interesting that early blues and jazz musicians (who were usually men)  referred to each other as “cats” as a term of endearment. The term is still a part of hip-hop culture which has always been dominated by men.

I highly recommend that you read the novel by the brilliant Nigerian author Nnedi Okorafor entitled Akata Witch, in which she introduces us to a fictional secret society of leopard people. I’d LOVE to see this book  hit the big screen with big money behind it. Her imagination is incredible.


Checkout the embedded  audio stream below for the new LoveNOuterSpace EP entitled Share and Type Amen. For you jazz aficionados out there, “Love in Outer Space” is a song composed by the incomparable Sun Ra Arkestra.  However this is that pure hip hop, an art form of ancestor veneration that always draws inspiration from the greats of the past. Enjoy!