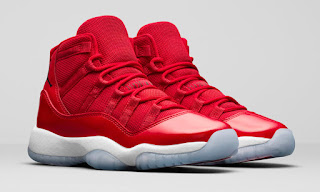 Spirits—which can, and often do, have minds of their own—are generated into existence through the concentrated focus of other beings, including humans. Nike is a multi-billion dollar sneaker company because it has superimposed the Nike swoosh  onto the collective consciousness of the global populace. The logo was drawn by University of Portland art student, Carolyn Davidson, at the request of Nike honcho Philip Knight who paid her just $35 for the design in 1971. Davidson’s swoosh is an abstract depiction of a wing on the back of the Greek goddess, Nike.

She was widely known as the goddess “Victoria” in ancient Rome, which rose to prominence after the collapse of ancient Greece. Nike is the perceptual focal point who embodies victory in war and other competitive endeavors including debating. Many of the descendants of African slaves love Nike sneakers, therefore it should not be surprising that many of them also love debating, and gravitate toward public squabbles between WWE rejects posing as activists and intellectuals. 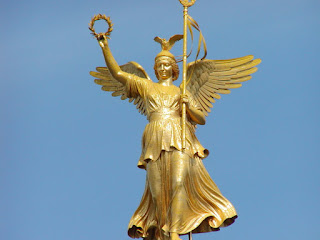 Today, when people across the globe see the Nike swoosh, they are seeing a visual representation of a Greek goddess converted into a popular sneaker brand. This is how you continually transfer the power of an ancient deity across large tracks of time that span thousands of years. You convert the currency of the god, or goddess, into a product that has considerable value in the global marketplace.

In the Black conscious community you often hear folks say “I'm a god,” or “I’m a goddess,” all while complaining about being treated like slaves by other races in the past and in the present. The irony about all of this is the fact that REAL gods and goddesses ARE bought and sold because they are highly coveted tools in the marketplace.

When the Nations of Gods and Earths took Elijah Muhammad’s message that “the Black man is God” from the temples to the streets, the New York City Board of Education responded by taking the music instruments out of the schools, so that the newly self-professed gods could generate new merchandise for the marketplace in the form of hip hop music. While in elementary school I even had a music teacher between 1984-1985. She was displaced after the New York City Board of Education cut off all funding for that program at the same time that crack-cocaine was hitting the streets hard.

The frenetic pace of crack-era New York City inspired the sound s of Public Enemy, one of hip hop’s greatest rap groups. The instrumentals for “Welcome to the Terrordome,” “Night of the Living Baseheads” and “Brothers Gonna Work it Out” could have only come out of a wild,brazen and ultimately unpredictable zombie culture.

Up until this point, what ethnic group has had overwhelming control over the production, distribution, and ownership of Black music? It’s the same group that took the instruments out of the public schools so that their friends and relatives could make billions of dollars for themselves off of what would later become the hip hop music industry. This industry was created as a response to the absence of traditional musical instruments. I highly recommend that you watch the Dave Chappelle Netflix special The Bird Revelation, for a very amusing explanation of how capitalist pimps have created the used and abused individual that some arrogant conscious folks who think they’re geniuses (but have only mastered the art of mindless memorization), call gods. 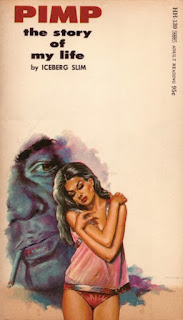 Yes, the Black man in America has been a god based on his assigned function as a magical worker bee, but up until this point, the Jewish businessman has been something more powerful than a god. He has been a merchant. The merchant who owns capital and controls the means of production consumes the power of the Black god, the Black worker like freshly prepared locks and bagels. A god is a worker.

I am not a god. A god is a pair of sneakers. Old white men with inferiority complexes place their feet inside of flashy looking negroes. They literally and figuratively wear them out as high fashion to feel better about themselves. Niggers are Nikes and Nikes are gods.

Through cultural ignorance the “god” of Germanic folklore has been recontextualized as the embodiment of a universal principle or expression of nature’s intelligence. This universal principle or natural intelligence can be identified by its distinct motion, which is a clear indicator of its FUNCTION within the vast cosmos. Your function places you under the submission of an administrator that has no function but to orchestrate your distinct movements and curate the tangible products of your expressed function. The successful manufacturing of these products augment the administrator’s  value in the market place.

You will know that hip hop as an active art form is dead once a major museum is built in its honor that makes people from across the globe want to make holy pilgrimages to see its curated content. It's only value at that point will be as an antiquated cultural object of deification and reverence, and not as an active influence that shapes and molds pop culture in real time. The life pulse of mortal men and women is in the city streets, which is the soil from which pop culture arises. A museum is a glamorous foster home for immortal employees whom English speaking people call “gods.”

Within the grand cosmology of the workplace, workers carry out the FUNCTIONS carved out for them by their administrators in their localized galactic sector known as a cubicle.

The collective focus of loyal patrons who have purchased  Nike products over time has created a powerful and very intelligent Nike spirit that feeds ideas and concepts to Nike’s chief operating officer  and board of creative directors like a bitter house negro slave buck dancing for its masters, so that the brand continues to prosper financially over time. In Western occultism, this powerful spiritual being is known as an egregor, a quilted patchwork of spiritual energies bound by one single thread of  intent, one singular mind.

This is why the Negro egregor cannot unify and tangibly support those who attempt to help him. It’s because he is an internally conflicted patchwork quilt of ancestral trauma and resentment. The creation and subsequent control of an egregor, or any of its conceptual variants, is the esoteric basis for every company logo that you’ve ever seen in your life. Negros are programmed by logos.

What is the intention behind YOUR company logo? At Mind Glow Media we engage in the practical study and application of the spiritual sciences to empower ourselves and those whom we are intimately connected to. We do not gush endlessly over empty relics of the past, nor are we tireless cheerleaders for the icons of yesteryear. We are the cultural architects of an emerging world constructed by the cranes of  human ambition and the cement mixers of natural  ingenuity to foster the living edifice of human excellence.

The Nike spirit serves its corporate generators because it is the ripened fruit of the INTENT of those men  who developed the Nike brand in the first place. The spirit has a vested interest in the financial prosperity of the sneaker company. The company's goal was to create an image that would distinguish the brand and make it prosperous in the global market place. A spirit's role and function is determined by the focused intentions that generated it into being. In like manner, the House Negro and Field Negro are both tools of industry. Spiritual people who speak English and filter their spiritual intelligence through Western Occultism would identify these tools as gods.