The Blockchain of Life & The Synergistic Vodun of Juda 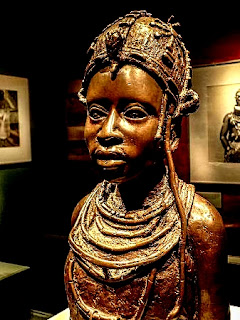 The Kabbalistic Tree of Life is a conceptual prototype for what we now call blockchain technology.

The Tree of Life is a distributable ledger that records the consistent transactions between the subtlest photonic projections of  divine intelligence and the dense stellar bodies this intelligence filters itself through. These 10 power vectors convey the inherent diversity of archetypes that not only coexist, but collaborate with one another, within  the expansive unity of the divine mind. 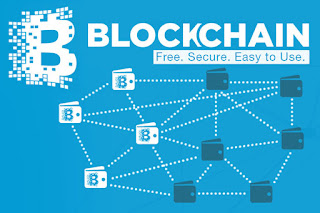 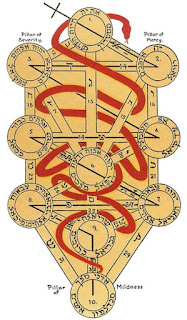 Through the careful study of the Tree of Life, which has its mirror reflection in the processes of our natural world, the life scientist is able to gain deeper insight into the means of production employed by the supreme Project Manager that humans call God.

Through the introduction of a new and separate internet based on blockchain technology—which will be the soil that other technological applications will spring from—we will witness something that will synergize world culture as human thought becomes more non-linear.

We will ultimately see the pluralistic, collaborative, non-hierarchical (hence decentralized) cultural model of the Elohim triumph over the monotheistic (highly centralized) hierarchical  cultural model of the later Yahweh cult. We will learn that in truth, there is no single project manager, but many managers with a singular vision for one project.

The Elohim model is the most ancient expression of the Hebrew spiritual tradition, which is itself, rooted in a more mystical experience of divinity. Many of us know that the Hebrew tradition  is extracted from the far more ancient Sumerian tradition centered around a lineage of deities known as the Anunnaki and their extremely powerful, yet subordinate, jinn they command known as the Abgal.

Some will hastily try to correct me and say “Adika, the jinn come out of the Islamic tradition, and ancient Sumer predates that by thousands of years, so the Abgal can’t be jinn.” However the word “jinn” is just an Arabic term for spiritual beings spoken of in cultures across the globe in both ancient and modern times. In India Hindus call a vagina a “Yoni.” Only a person who lacks understanding would say that that the vagina existed before the yoni existed, because a yoni is a vagina.

Cultural correlations can be drawn between the ancient Anunnaki,  the Elohim, and the Vodun of ancient Benin. In the past I’ve highlighted the relationship between ancient Sumer and primordial West Africa.

In the Fon language of old Benin the spiritual science of cause effect has a peculiar name that is known, although certainly not limited to, those people who’ve read my book THE TREASURES OF DARKNESS. It should also be known that the old name for Benin’s sacred city was Juda.

I can say much more on this subject, and I probably will do so in an upcoming book.