A Herstory of Islam 2: Allat and The Conquering Lion of the Tribe of Love & War 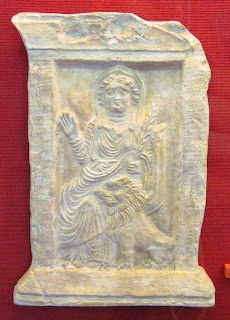 Thousands of years before there was any mention of a “Conquering Lion of the Tribe of Judah” there was the Conquering Lion of Inanna. This lion served as a herald of the goddess of aesthetic beauty, sexual fertility, and warfare. Inanna and her later Babylonian equivalent, Ishtar, represent an ancient people’s attempt to anthropomorphicize a specific expression of nature.

I have coined the term “Natelligence” (an expression of nature’s intelligence) to replace the sloppy use of the terms “god” and “goddess” which do not apply to ANY ancient Black pantheons.  Show me a “god” or a “goddess” and I’ll show you a hot commodity in the global marketplace. What do I mean, by that? I explore this in my book The Treasures of Darkness. I may or may not elaborate further in the near future.

I only used the term “goddess” early in this post so that those of you who have been miseducated by other teachers will understand what I’m talking about. If you don’t understand what I’m saying, then my message to you is pointless. If I start off too accurate with my explanations and descriptions then I will confuse a lot of people who are married to falsehoods through familiar words that are easy to grasp. However these words don’t capture the thoughts and intentions of the ancient people we connect them to.

A curry chicken roti that was well prepared by a dead Trinidadian chef should not be called a “burrito” just because a roti looks very similar to the more familiar delicacy of Mexican cuisine.  To do so is disrespectful to the memory of the Trinidadian chef and betrays sincere ignorance concerning Mexican cuisine. When we take this lazy approach to identifying things we THINK we understand we miss out on subtle cultural nuances that allow us to identify things accurately.

Inanna was a Sumerian natelligence, but according to Sir Henry Rawlinson—the British Sumeriologist who first translated the cuneiform script in the 19th century—the Sumerians were related to the ancient Ethiopians. The Conquering Lion was emblazoned on the Ethiopian flag during the reign of Haile Selassie. Selassie was the custodian of a legacy that extends way beyond the Bible.

An ancient people who were also related to these Ethiopians were the Kena Anu, who are better known as the Phoenicians of classical Greek literature. The Kena Anu revered a sexy bare-breasted deity who loves to fuck and slay enemies. She rides a conquering lion while holding a lily in one hand and a serpent in the other. This Kena Anu natelligence was known as “Anath.”

With the onset of Christianity, Anath became “Anathema” to the Catholic facade of sexual conservatism. Unless you’ve experienced an intense orgasm, you have no reference point for spiritual illumination. Illumination is the experience of energy waves rushing out of you and rush through you at the same damn time. Anath was also called “Astarte” by the Kena Anu.

It is very interesting when we look at the lead photo above and see the same conquering lion at the side of the pre-Islamic Arabian natelligence, Allat, who also embodies the principles of love, combat and sexual fertility.  I obtained Brill’s Encyclopedia of Islam Volume 1 from the University of Iran’s online library and was shocked to find that I couldn’t find any mention, much less an entire entry, concerning Allat in the seemingly exhaustive volume which covered words beginning with letters A to B.

According to The Pantheon of Palmyra by Javier Teixidor, an idol in honor of Allat was brought to ancient Syria by “Atai the Elder.” Atai is also the name of a feminine natelligence known to the Efik people of Southeastern, Nigeria. Atai’s mythology centers around the formation of humans and fertility. Again, Allat was a natelligence of fertility. Go tell Boko Haram.

Considering that “Allat” may actually have been known as “al-Lat” (The word “Al” being the Arabic equivalent of the English function word “the”) I was able to track down Brill’s Encyclopedia of Islam Volume 5, which identifies “Allat” as “al-Lāt.” According to the book, veneration for al-Lat was so strong in Hejaz, Saudi Arabia that the prophet Muhammad was forced to leave her shrines alone when he initially began the spread of Islam. It is widely believed among the compilers of Arabic dictionaries that the name “al-Lat” derives from a root verb that means to “mix” or “stir” which suggests the preparation of something to be “consumed” or “swallowed.”

The root of the German word “God” is “Gut” (pronounced “goot”) from which we get the English word “gut” to refer to the “belly.” This particular point may carry profound significance for those who have completed reading my book The Treasures of Darkness. Also when Muslims make their circumambulation around the Kaaba in Mecca—which originally served as a shrine for 3 pre-Islamic natelligences that embody the feminine principle—this motion can be described as a “stirring” or a “mixing” of people with an invisible spatula in a desert bowl of deific reverence and worship.

Before the advent of Islam, Arabs made pilgrimages to the shrine of the three-faced feminine natelligence. Each face represented a distinct potency of one being. There is much more that can be said, here. Buy my book to better connect the dots. It’s$29.99 and that includes shipping and handling. Peace.