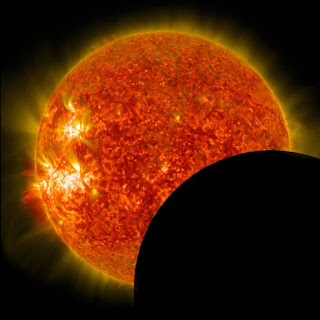 Still many are walking around with their eyes tightly closed to the truth, or prancing around with eclipse sunglasses waiting for something big, eventful, and spectacular to happen to them.

The truth of the matter is that if you're making significant changes in your personal life for the better, you’re not looking for makeup from the heavens to transform you into a god or a goddess. Once today’s eclipse has come and gone, a lot of people you know will begin  waiting for the next celestial event to get hyped about. They’re waiting for PEOPLE, PLACES and THINGS to transform them with no effort on their part.

Cosmic welfare doesn't exist, and even if it did, it wouldn't be the answer to building spiritual wealth. The best answer is work and long-term investments. To take stock of your life, you have to open your eyes and see things as they are with no filters.﻿

R&B Music & The Death of the Troubadour 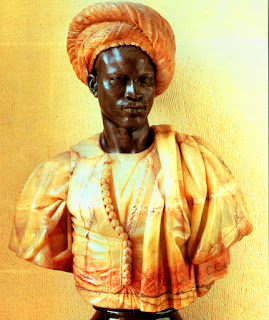 The archetype of the Black man singing romantic songs of love, sex, and pain has become well cemented in the minds of the global populace through the musical efforts of Sam Cooke, Otis Redding, Marvin Gaye, Barry White, Isaac Hayes, Teddy Pendergrass and several other soul icons.

These legends were the torch bearers for an older tradition that venerated chivalry and celebrated the transcendental love shared between men and women through nurturing, music.

For the Western world, this began with al-Futuwwah (The Defenders of Virtue), a Sufi order that spread from  the so-called “Middle East” and West Africa during the Middle Ages to  influence European Christian institutions like the Knights Templar. The related Holy Grail lore of Europe’s brave Christian knights mirrors the Sufic Bowl of Virtue which is to be enthusiastically cleaned with a man’s tongue and finger. Read up on the fraternal code of Sufi mystics. 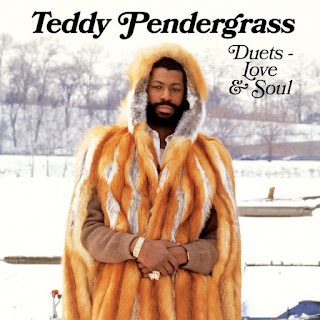 As UCLA professor Barbara Fuchs points out in her book Exotic Nation: Maurophilia and the Construction of Early Modern Spain, the Moor was regularly depicted in novellas as an authority on romance who often challenged the love interests of the less adept European white male  in pursuit of love. Fuchs uses the term “Maurophila” in reference to the European obsession with, and tendency to fetishize, all things Moorish in art and literature.

And just for the record what we colloquially understand as “romantic” has nothing to do with traditional “roman antics” as some imaginative individuals who are dedicated to demonizing all European words have postulated. Real Roman antics involve pedaphilia, pederasty and men beating women into submission through brute force. This is obviously not what I’m talking about in reference to romance. 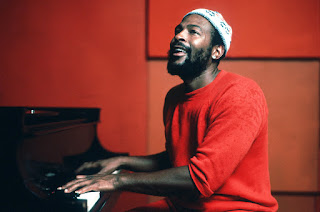 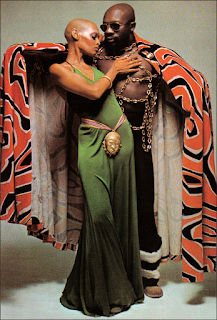 Innovative wordplay is cute, but as teachers giving people who are not in the know a historical context for the social trends they are witnessing in the present time, we must be willing to sacrifice some of our imagination and creativity for the sake of truth and historical accuracy.

Not all of the troubadours of medieval Europe were Moors. But just as New Edition set the template for white boy bands that came after them like New Kids on the Block, The Backstreet Boys, and NSYNC, the Moor set the tone for the masculine, but sensitive, singer of love songs. 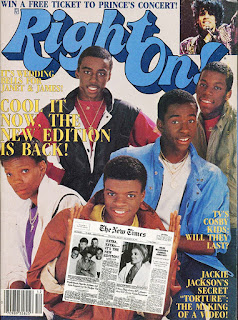 Nearly a thousand years later the image of the masculine Black man who brought a spirit of sexiness and romance wherever he went was severely damaged in the 1990s with the popularization colorful gangsta rappers who told us through their rhymes that they didn't care much for the women they were having sex with.

Even then, the troubadour legacy lived on through more contemporary R&B acts like 112, Dru Hill, Jagged Edge, Tank, Raheem Devaughn, Jaheim, R. Kelly and Usher who were all commercial successes in the late 1990s and early 2000s. Nearly 20 years removed from that era, R&B music sales for male artists are way down.

Although The Weeknd is pegged as a fixture in the R&B genre he's emerged as more of a pop superstar who at times expresses the same sentiments of indifference towards women as rap super thugs, albeit through hypnotic melisma vocalizations.

Jaheim seems to have squandered a lot of the juice he had after he appeared on social media looking like he rinsed his hair in hot dinosaur egg yolk. R. Kelly, the self-proclaimed “Pied Piper of R&B” is a creepy 50-something-year-old man who is still being accused of luring underage girls who see him as the one they gave their hearts to.

Usher, whose Confessions album went diamond, is fighting off allegations that his hit “Let It Burn” was all about the herpes he supposedly gave his lovers. I’ll never forget watching a crackhead with a severely cracked voice singing that song on a subway train when it was still a hot single. The guy was so awful that he sounded good. Pain and misery never sounded more soulful.  Chris Brown is a young, major talent who is regularly spiraling out of control. There is a death energy around him. He needs help.

As a keen observer of popular culture, I don't see any young Black men who are pure R&B singers getting a serious push in the music industry to take the place of the aforementioned individuals while having a similar impact.

For young women who are currently between the ages of 18 and 35, there doesn't seem to be any commercially relevant Black male R&B singers who are carrying on in the chivalric tradition of the troubadour.

A man who completely allows himself to be vulnerable declares his invincibility. The one who is weak and feeble will do everything in his power to make people think that he is rough and tough. This is done as a deflection tactic to protect his truly tender nature. The most ruthless and audacious men I’ve encountered are quite playful and smile frequently.


There are many compelling arguments to explain the absence of the masculine, yet emotionally evolved, Black male singer in American pop culture. Some arguments deserve more of our consideration than others. What I also know is that love is what has always brought Black men and women together to create life in its many expressions. Like Roberta Flack and Donny Hathaway once asked us: Where is the love?

If there is no soundtrack present to magnify and enhance the love between young men and women, does it mean that love is no longer real to them? If so, it's only because Black America is losing its soul. The biggest symptom is that too many of its children love things and use people when they could be loving people and using things.

If they are receptive, the youth must be shown how to be less possessed by their possessions and be shown healthy ways to have powerful, memorable experiences with human beings that do not involve deadly mind-altering chemicals or electronic devices. This may involve a regular interface with nature before they are teenagers.

I remember being a youth in elementary, junior high, and high school having crushes on girls and acknowledging how my thoughts of them included, yet extended beyond, sexual gratification. Looking back on it, those feelings gave me an early reference point for the spiritual experiences and conceptualizations that I later developed in my adulthood. It bothers me that a lot of youth may never know what that level of purity is because that keen sense of intimacy and introspection is not encouraged in their lives through audible art.

Either we expose our youth to the enchanted world of romance and beauty through music, poetry and visual art, or we witness the tragic death of the troubadour legacy. Chivalry isn't dead, but is most definitely on life support.