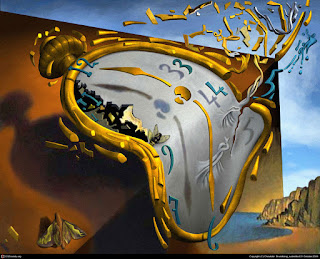 The following post was written by Mind Glow Media’s first contributing writer, Christopher Hall. Check him out on Instagram at chris.magneto

A broken clock is right twice a day. A clock is based on the principle of the number 12. The number 12 has an overarching connection to multiple concepts throughout the universe: 12 zodiacs, 12 systems of the body, 12 cranial nerves, 12 disciples, 12 step programs, 12 inches, 12 members of a jury. The list goes on.

The importance of the number 12 as it relates to our query is terrestrial time and extraterrestrial time. That’s just a fancy way of saying time on the clock and your indigenous zodiac sign. For my day sleepers, have you ever met a lady of the night and felt like you were in love? For my early risers, have you ever seen the resurrection of a cock and went into creation mode?

My intention with these questions is not drawn upon erotic archetypes, but rather to point out that we all have our times of day when we seem to function the best. When it’s not that time of day we are patiently biding our “time” waiting for our “time” to come back around. Some of us even so to the point, that we turn into zombies and the sight/acknowledgement of light sends us running into the protective shade of our social media accounts. The zodiac, which is really just an embodiment of the law of correspondence, functions in a similar fashion.

I’ve had the opportunity to witness my best friend whose a Sagittarius function during his native season. In true “Archer” fashion his eyes get locked in and he is focused on his goal. As the sun dips increasingly lower, he suits up in his tactical turtle necks which are a varying assortment of colors ranging from black to a slightly lighter black. While focusing on his goal he is scouting for any Achille’s heels that would offset his path. During this time he gladly sends the light of his enemies to the underworld to be dealt with.

Me on the other hand, I am a Pisces ... I make this descent into our societal underworld because I am by nature cold-blooded. If I were to stay at the surface during this time, my acquiescent (aqua-essence) manner would likely have me swimming in circles searching for a home. My descent allows me to assimilate my internal environment to that of the neon lights, hookah lounges, and Henny shots. On the “surface” these may seem like social taboos, but due to my cold-blooded nature this is where I am able to draw the necessary warmth to maintain my physical frame. Paradoxically, these are also the contributing factors which are likely to bring about my demise. 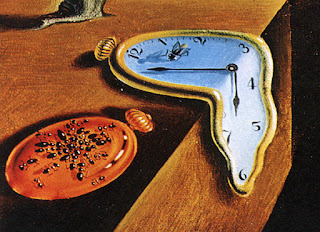 While I wouldn't recommend the notion, I do think it’s beneficial to operate in a time and environment that suits the intelligence behind our design and efforts. Earlier in this writing I asserted that a broken clock is right twice a day. In true Pisces fashion, I made the statement to have a surface meaning, and an underworld meaning. The surface level is obvious, but what about the underworld?

The underworld is a dark, and mysterious place for those who have not had the opportunity to traverse its landscape. Fish move slower in the winters of the underworld so bare with me as we swim to my point. When our consciousness is synchronized with digital time, we really have no authority over our lives. We move from one event to the next not knowing who the true time keepers are. The system that governs global time is known as Coordinated UTC. I like to think this stands for the “United Truman Continuum.,” which would be a nod to the 1998 Movie, Truman Show. When we shut off the Truman show, we are effectively synchronizing our lives to our internal clocks.

Our internal clocks don’t operate by the same parameters as the ones that have been insidiously suggested to us by the UTC. We can go forward, back, slow, fast whichever is necessary to accomplish the goal at hand. (CERN hopes to duplicate this concept with their LHC but have been largely unsuccessful). With that said, I caution those who seek to manage their time in  such a fashion. This realm of time is the underworld. It is very easy to lose one's self when they have been conditioned over the span of a life time to move to the tick of someone else’s clock.

When your in-house hype man asks “what time issssssssssss it?” And you’re the only one in the crowd who answers, it can be a daunting feeling. Repetition and Consistency erode feelings of doubtfulness. When you move to your own watch, you are going to have some mishaps along the way. Based off the law of ma'atematics eventually you will be right. And when you find those key placers that indicate that you are right, you can accelerate/rewind to those points in time whenever you chose. 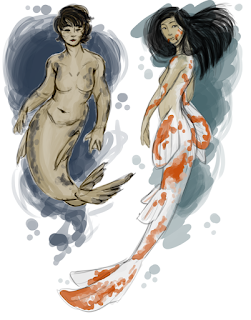 Say for example I was to embark upon the journey of trading stocks. If I were to move at the pace of UTC time, it would suggest the only time table that it favors is that of middle aged white males. However, when I am moving at my own time, I know that my ancestors are the creators of mathematics and commerce. This allows me to draw on that inspiration  so that my efforts are right on time. For a more recent muse, one could examine how they were able to get through high school/college through understanding the supply/demands of the marijuana culture. Whichever pot of resources you found to initially spark your interest is likely to take you higher.

A person whose internal clock is situated in the underworld (inner world)  is likely to gain a myriad of experiences from all of the times that their time telling was wrong. Nonetheless, when they interact with their counterparts it seems like they always are right on time with the things they say and do. Deep inside, this person who is likely to be renowned knows his clock is still only right twice a day. But through their observation of time they have found ways to simplify their quadrants and pinpoint which “era” would best suit the task at hand.

A clock that is right twice a day mathematically can be stated to be 2/24 which reduces to 1/12. 1+12=13. 13 is associated with Christ energy that represents the distant observer aspect of ourselves and is not governed by any type of time, UTC or the Underworld. 1+3 = 4. 4 speaks to the heart chakra and the 4 chambers of the heart. A person whose consciousness is attuned to their hearts is always on time. Everything they do is an extension of love. Love is the freedom of all attachments. If you love what you do, and who you are around, then time becomes irrelevant.

Numbers become children sitting around an adult’s conversation hoping they can get a piece of the pi. When one enters the void of timelessness, the feeling they are most likely to encounter is the desire to express it to their closest friends and family. Whether it be two best friends who reside in the underworld, or a young man who went from selling marijuana to trading stocks, my advice is that when you take those 12 steps to tell the world about it, you do it on your own time.