The Malignant Mania of Merciless Memes Penetrating Your Future Dreams 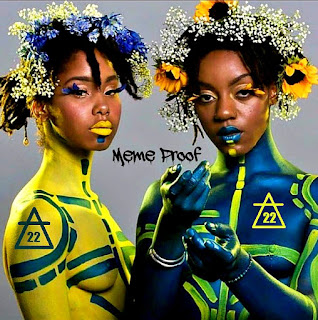 The internet is a wonderful tool that assists us with achieving short and long-term goals.  Its deep and fruitful portals provide us with virtual spaces for learning and entertainment.

However in America, its social media component—which industrious people  effectively use for target market research purposes—has a tendency to foster a false sense of social inclusion, while people live their real day-to-day lives in self-imposed social bubbles.

The paradox, here, is that these  same people feel emotionally constrained by the frequency fence of cultural exclusion and widespread alienation.  Their paradoxical love and loathing for humanity has them wanting to intimately connect with other human beings from afar, which is Virtually impossible.

In a recent conversation related to this very topic, a great woman told me that a healthy functional human being requires at least eight hugs a day. There are people whom you see regularly on social media who have not  been told that they are loved by anyone  within the last week, much less hugged once a day. This may feed their latent narcissistic tendencies, because all human beings desire to be seen. 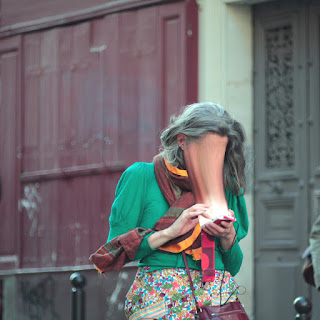 I remember when Facebook was only used by college students around 2005. In 2008, before it reached peak popularity within the global populace, I proposed building an online social media platform to uniquely address people's desire to be seen and heard to my former business partners.

Looking to the future, I saw an online platform that allowed people to generate Social Capital as a valuable and lucrative prospect. I was figuratively patted on the head like a dog as if I said something cute, but stupid.  In 2017, millions of people are connected through a nexus of social media networks that accomplish that very end.

On social media people  often share caricaturizing images called “Memes.” The word “Meme” was coined by biologist, Richard Dawkins, and it was originally used in reference to  ideas that are spread through a culture in the same way that a “Gene”  is spread through human  DNA over time.   The term is further derived from the Greek word “Mimeme” which means “that which is replicated through imitation.”

Why did the word “Meme”  become synonymous with silly pictures of Michael Jordan in tears, or a little African boy giving a white woman the side eye? We'll get to all of that shortly.

In the word “Mimeme” you will see the word “Mime.” A Mime is someone who tells a story without speaking. They do this by physically gesturing to music that they mimic through their own syncopated movements. These gestures comprise a kind of dance, since dancing is an activity in which we allow our bodily movements to mirror sound vibrations. When you dance you are rapping to music with your body, as opposed to spoken words. Rhythm And Poetry are divine, but the world's oldest language is body language.

When you have an online community of millions of people sharing memes that they replicate  across the world wide web, they are figuratively dancing to a special rhythm being played by a special DJ. This DJ is what social science experts would call a social engineer.  Our DJ reads his crowd through his infectious rhythm of choice, which is an algorithm. An algorithm is a computing mechanism that helps the social engineer determine future probabilities based on current trends of activity within a closed computer matrix. An open matrix would potentially introduce an unlimited amount of variables to be processed, which would disrupt the algorithm by throwing it off beat.

The fashion, music, food, and language of  popular culture are often based on a deliberate perversion of human consciousness through  computed speculations on what its impact  will be after it has been filtered through its ideal modes of expression in the day-to-day world. Once conclusive assessments of its impact are made, its preferred utilities for tangible expression are manipulated so as to reverse the flowing current of Natural consciousness to suit the perverse agenda of the social engineers. 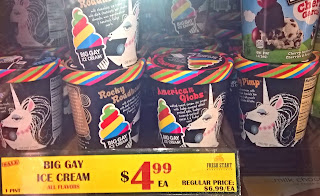 The Greedy Algorithm moves the crowd because it mirrors  man's most primal, and therefore most Natural, instincts for self expression. No matter how brilliant a person is, or how stupid they may be: everyone wants to eat good food and fuck. Don’t trust physically healthy people who tell you otherwise.

The algorithm is the conceptual basis for Futures Trading on the Stock Exchange, and it was a part of Western culture long before the advent of the modern computer.

When we look at the etymology behind the word “Algorithm” we find that it is an Anglicized rendering of a computational system introduced by Arabic-speaking masterminds. It was appropriated by Latin and French speaking Europeans during the Medieval period after it was introduced by Moorish mathematicians.

The word “Algorithm” is actually a fusion of two different terms from two different cultures: “Algol” (Arabic) and “Rhythm” (Greek). In Islamic thought an “Algol” is a “ghoul” which is also known as a “Jinn.”

An algorithm, is essentially, the rhythm of the jinn. The jinn are principalities of the smokeless fire of Islamic lore who have access to the past, present, and future. They keenly observe the days of futures past as Speculators peering out from the mount of eternity. While it is simply my own conjecture, I suspect that the artist Jean Michel Basquiat has achieved, what appears to be, cultural permanence in the past, present, and future because much of his art contains his own subconscious depictions of the Jinn who served him. 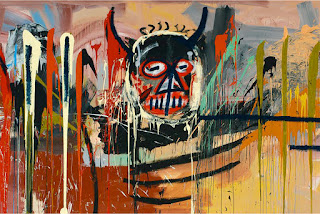 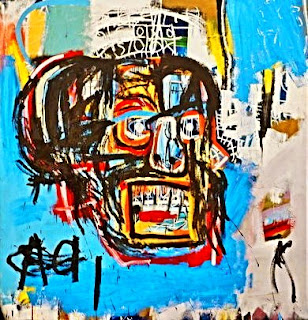 Now why would the Moors—whom the grossly uninformed tell us  were all Muslim—develop a mathematical system based on a spiritual army of Islamic Fallen Angels? I’ve given the answer to this important question in several of my writings already.

Many of the historical Moors were NOT Muslim. They practiced TRADITIONAL AFRICAN MAGIC AND SORCERY under an Islamic cultural veneer for political convenience. Some of the spiritual intelligences that these Africans worked with would be considered Jinn within an Islamic cultural framework, or revered saints in a Catholic one. 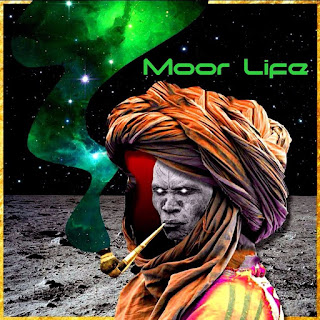 If you live in a large American city there are legitimate, and seemingly community-friendly, businesses in your neighborhood that are actually fronts for illegal and far more lucrative forms of business in the criminal Underworld. Today, humans are still doing what they've been doing for centuries, and that is hide the socially unacceptable behind that which is socially celebrated and revered. Modern Western society is a sexually stimulating and physically alluring woman who smells like patchouli and lavender bath salts but her vagina has razor sharp adamantium teeth for consuming penises for sustenance.

Any purported spiritual teacher pulling from the Moorish legacy who has not given you a fundamental understanding of the CULTURAL DUPLICITY of the historical Moors of the medieval era is a FRAUD, with little or no exception.

The history making Moors of old Europe were the descendants of Africans. For Africans, regardless of the nation they hail from, religion is politics. Spirituality is based on ancestral customs and traditions. An old boring Haitian lady who tells you that she's a Catholic probably knows  more about African magic and sorcery from an OPERATIVE standpoint than most of your charismatic teachers in the conscious internet community.

For the naively confident reader fatally prone to surface comprehension, I know that Haiti is not an African country (lol). What I'm talking about is the African principle of CULTURAL DUPLICITY that is very much alive in the Haitian mind.

Everyone doesn't have to know the specifics of what you are involved with unless they are part of your inner circle, which implies the existence of multiple concentric circles.

The African mind is different from the African American mind in critical areas. We must not project the latter onto the former when  reconstructing and then reclaiming the winning psychological framework of antiquity. It's presumptuous and sloppy. Furthermore, if you do this, you will have a hard time putting critical aspects of history in its proper context, especially as it relates to the Moors of the Middle Ages.

When you share corny meme photos because you see other people doing it, you become an imitator, a “Pantomime,” who advances what I will call the “Pantomeme” of cultural stupidity through the world wide web of cyberspace. There is a spiritual connection between the words “Mime” and “Meme” as I suggested earlier. Perpetual exposure to meme images braid the cultural DNA of the global community according to the dictates of social engineers who create the meme.

NBA legend Larry Bird once said that Michael Jordan is “God in basketball shoes.” However memes have reduced him from being a  hoop god to the crying, pathetic butt of jokes. There are millions of young people who don't remember Jordan as a superior performer and athlete in his prime. For many today, he is just a random pathetic looking man crying on their timelines, which are digital “akashic records” .

Tom Brady, who is one of the great professional athletes of his time, has not been subject to this level of social media scrutiny because of what he represents to the leading social engineers of the Anglosphere. Whether or not you personally like  Michael Jordan for his politics, or business ethic is irrelevant to the specific point that I am  making here. 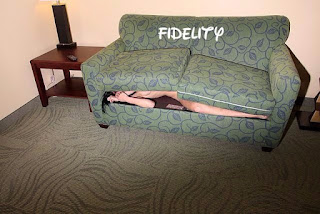 The fact of the matter is that anyone you DO admire can be easily redefined and recontextualized in a way that does not even begin to capture their true cultural significance and social value in real life. This can have  an unfavorable impact on those who do not control the trending meme that dictates the new cultural narrative through repetitive sharing, which is the world wide web's equivalent of  ejaculating the same malignant seamen into several gaping vaginas to ensure the transference of specific genetic traits through time. This is what occurs with the spread of the psychic gene known as a “Meme.”

One digital dick is fucking multiple receptive young minds that give birth to bastard pantomimes. Memes proliferate within a youth culture that does not value history, hence they are an attack on older,  nobler cultures curated by people who venerate their ancestors. The Anglo media's contrived youth culture only values what is current and present. The Ancestral Fluidity it promotes corrodes the solid structure of lofty cultural  legacies.

A computer is a spiritual shrine for the newly generated Digital Jinn that coordinate human affairs in the cyber world.  This cyber world has become the Virtual grand lodge where new myths are written and disseminated to advance the globalization of Anglo-Saxon civilization.

This agenda to diminish the spiritual authority of the Stellar Man can be thwarted by those who dedicate themselves to learning the magic that allows them  to reverse the streams of cultural character defamation in the interest of preserving an older and richer cultural identity. Check out my dude Chris Magneto and his partner in rhyme, Tanboy Gio, on the track below.