The Tribute that Molded Time 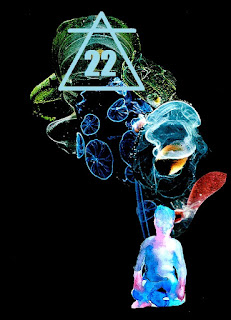 Where did the time go? This week seemed to be sprinting by me like Usain Bolt in a race with the Gingerbread Man and the god Mercury.

Our most enduring human relationships in the temporal world are those in which the bonds are much stronger than the constraints placed on them by time. Still time often seems to place real limitations on the AMOUNT of relationships that we can cultivate and nurture in order to achieve that singularity.

So many human beings go to the grave without ever knowing the full potential of the casual acquaintances that they made in life. That Facebook  friend you’ve been checking, or neighbor you say good morning to on your way to work, could've been the love of your life, but you placed artificial limitations on who they could be to you in your own mind.

What does it FEEL like to truly live free and open to the most extreme possibilities that life has to offer you? How would your life look if you lived like this consistently?

We all know people that we genuinely like  and whose company we always enjoy, but we don't stay in touch with them because  the relationship isn't strong enough to break free of the restrictions that time seems to place on it. The way out of this quandary is through the manipulation of space and time.

I think that this feat centers on our ability, whether learned or innate, to find an internal space of knowing that doesn’t rely on contemplation or thought in our day-to-day  interactions with other human beings. We must trust the Knower within us, even when HOW we know what we know cannot be logically explained. Your truth is not for others. It is only for you. Act on it. Move on it.

This trust in yourself can only be accomplished through a radical sense of empathy for other human beings. Empathy connects us to the heart of humanity, which is an emotional reservoir of unspoken truths. This empathy is expressed and experienced through showings of appreciation. When we show  people that we appreciate them, we are on the path toward realizing their total worth. We honor the dignity of their core intentions by mirroring those intentions back to them through our very own gift of giving.

This giving doesn’t have to involve  monetary exchange. A supremely powerful, yet extremely overlooked expression of appreciation for others, is having patience with them. To patiently wait for someone is to  actively acknowledge their value. 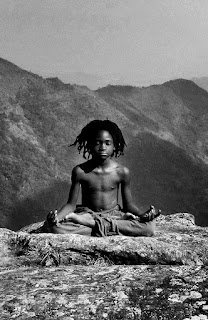 Over a decade ago I hired an employee that one of my mentors told me to fire when his performance wasn’t up to par. My mentor was a good judge of talent and character.  However I kept telling him “this guy will be an asset. We just have to be patient with him.” My reputation for good judgement was the only thing that bought me some time. He ended up being the best employee I ever hired! I looked like a genius, because no one saw what I saw in my head. The employee and I have long since moved on to other lines of work, but he and I are friends to this day.

In order to be patient with someone you must sacrifice a valuable commodity. That commodity is your personal TIME. Only a far-sighted person with mental stamina can make a true sacrifice. What you give another does not qualify as a sacrifice unless what you give is of mutual value to you and the receiver.

There are people who complain that certain friends and family members don’t make time for them. They never keep in touch. However you will often find that these people have never sacrificed anything to those people to strengthen the relationship.  They don’t show appreciation, so the overall quality of these relationships depreciate over time. My immediate circle of friends and family are my only gods. Our relationships are sustained and strengthened over time through reciprocal ritual sacrifice which alters space-time perception.

I was in a pastry shop that I frequent yesterday morning to buy my typical cup of hot chocolate. Usually when I step into the shop the beverage preparers get my cup ready. I don't have to say a single word despite the number of people who come through there on a daily basis.

This time one of the workers started to prepare my cup, but was already flooded with sandwich orders from folks who placed orders before me. After I’d waited a little longer than usual, he still hadn’t served me. I waited patiently and wrote on my Window phone as he took care of his business. In my mind, I figured that he always gives me good service. Plus I know he saw me, so I figured there was no harm in waiting it out, although I was anxious to move on with my day. Shortly after that the guy spun around and made direct eye contact with me.

“Fuck...my bad, man. I totally forgot,” said the scruffy bearded white dude from Ohio. He poured  my hot chocolate and told the cashier that my beverage and my cinnamon roll were on the house. I initially hesitated, but at his insistence I walked out the store without paying for anything.

Truth be told, I hadn't been waiting THAT long. It was a little over 5 minutes. However his service yesterday was a departure from the prompt attention that I usually receive, but am not necessarily entitled to.  Nevertheless he rewarded my patience with free hot chocolate and a snack. The patience I displayed to get it was based on an empathic understanding that he was working hard to keep up with his orders. The delay wasn't personal.

I KNEW that his INTENTION was to provide me with my usual service. He just got caught up. This was a deviation from the norm, for him. When I deal with people who are familiar to me, I assess them based on what is the norm rather than the exception. Anyone can have an off day, or be faced with atypical circumstances that compromise their natural flow. I still look at them based on how they consistently present themselves until that changes.

It is a personal benefit to have empathy for others. It is the bedrock upon which our monument to appreciation is built. But how can we appreciate others if we don't appreciate ourselves?

People who are generally impatient with others say awful things to themselves. If you could read these people's thoughts, you would discover a cerebral journal of self-inflicted abuse. These people need to have patience with themselves because their core intention is to give their best, which is why they are so critical of themselves.

Today I was able to slow time down considerably just by reinforcing these thoughts by writing them down. I hope that these words will have the same impact on you so that you get the most out of your day. Peace.