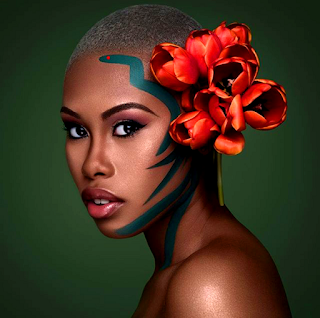 The Moroccans of North Africa who have been identified by the Greeks as “Berbers,” did not call themselves such. The word “Berber” literally means “Barbarian” which originally meant “foreigner” a designation for one who spoke a language different from the general Greek population.

These people called themselves “Amazighen” (plural). The singular term was “Amazigh” which sounds like the word “Amazing” which is phonetically related to an English reference to “A Mason.”

But what does the name Amazighen mean in North Africa? It means “The FREE People.” What are these people free to do? They are free to move around and travel between territories. A FREE mason calls himself a Traveling Man, but what was his initial cultural reference for being a traveler? Who gave the European mason permission to travel?

The Amazighen are scattered all over North and West Africa, including Burkina Faso. The language spoken by the people of ancient Burkina Faso was “Moor.” Anyone who tells you that the name “Moor” ultimately comes out of a European language probably hasn’t done enough research on the Moors. You can’t learn everything on a free YouTube scholarship. You must read expensive books, talk to the right people, and listen to spirits. 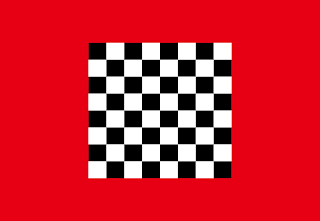 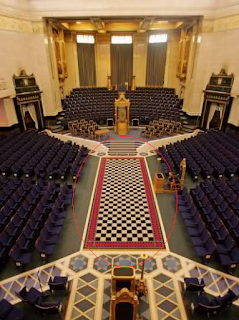 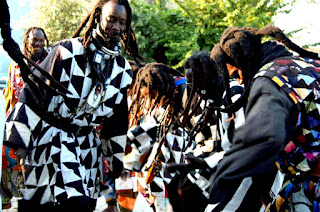 The Almohade Dynasty of Medieval Morocco used the black and white chessboard flag with a red background. The chessboard was also a prominent motif in Senegal prior to being used in the lodges of European masonry.

In pre-Islamic times the people of Morocco gave reverence to a feminine force who is now known as Aisha Kandisha, the sexy Mistress of the Waters. For devotees of Mami Wata throughout Sub-Saharan Africa, some colors in the Almohade Dynasty flag may inspire curiosity.

When you look at ocean water it looks blue because the ocean absorbs all color frequencies that have a lower energy vibration than blue.  Blue is the one color in the visible light spectrum that water does not absorb so you can see it. If you had eyes that saw the ocean in the way that it really is, then it would literally appear as a massive assortment of rainbow colors. A single ray of sunlight can be likened to a rainbow serpent hitting the waters of Earth.

Although I could be wrong, it is my opinion that the color blue in Freemasonry represents—among other things—vibrational sovereignty over natural waterways which are the essential means of trade, commerce, and general communication for an autonomous people. You can only have sovereignty over a thing if you can rise above it on a vibratory level. However, sovereignty over waterways would involve the expressed right to travel. Who granted the European Freemason the authority to travel the waters?

The Blue Lodge of Freemasonry contains three degrees. But why are there three? The answer may be in the waters. Speculative Freemasonry is an extension of the Knights Templar, which was influenced by Sufi notions of chivalry that were imported into Europe by North Africans, who were themselves, descendants of seafaring people.

In Jamaica, there is a long-standing folklore concerning River Mumma and her Golden Table which rises out of Jamaica’s rivers every day at noon (Noon= 12:00pm; 1+2=3).  River Mumma is a natural mystic. She is an exotically beautiful mermaid who lives deep under Jamaica’s riverbeds.

It is believed that her golden table was buried in the rivers by Spaniards who wanted to hide their treasure. However when you consider the fact that this one table appears at multiple rivers throughout Jamaica, it’s obvious that the golden table is not literally a single table. It’s the symbolic representation of a rich tradition, which is in itself, a treasure.

The Spaniards who colonized Jamaica were Catholics, so their reverence for River Mumma would be antithetical to their European Christian values.  It seems conceivable, and more reasonable, in my view, to conclude that the so-called “Spaniards” who left the River Mumma tradition were Black transports from Spain who were already  in Jamaica or were transferred there as POWs by the Catholic Unholy Garduna following the 15th century Reconquista. 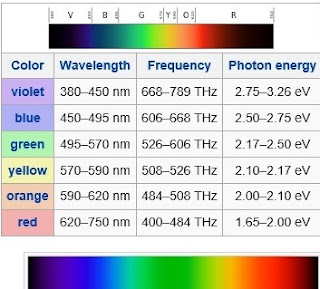 According to Jamaican folklore, everyone who tries to steal River Mumma’s Golden Table for selfish gain is swallowed up and drowned by her river. The overly ambitious are like the colors of the visible light spectrum that become absorbed by our oceans’ waters. The term “True Blue” has an ideological basis in spectrum physics.

A table is the platform in which a chef shares the delicious fruit of his labor. Cooking is an act of service. It is the principle of self-sacrifice through Service that makes one a worthy beneficiary of a rich tradition, not Greed and Malice.  When man dedicates himself to service then River Mumma freely offers him the Golden Table for use.

Based on my research the principle of Service is what is primarily conveyed by the Fellow Craft degree of Blue Lodge Freemasonry. The original Blue Lodge is the ocean and its Grand Architect is a builder with fish scales. River Mumma says “Shibboleth.” May you find your path through her streams of transport.