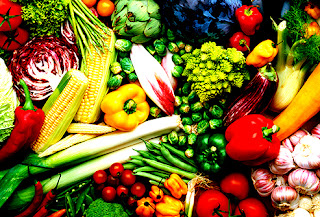 “I eat bread, I drink ale, I put on apparel, I fly like a hawk, I cackle like a goose, and I alight upon the path hard by the hill of the dead on the festival of the great Being. That which is abominable, have I not eaten; and that which is foul have I not swallowed. That which my ka doth abominate hath not entered into my body. I have lived according to the knowledge of the glorious gods.”

The above quote is taken from a chapter in the ancient Kemetic Reu Em Pert M Heru En Kher (Book of Coming from Night By Day).  In its English translation it is called “The Chapter of Transforming into Ptah.” Whenever I read it, the sentence that stands out most in my mind is the one that says “that which my Ka doth abominate has not entered into my body.” This seems to suggest that that there are foods that we consume that can do great harm to our bodies. If there are foods that hurt our bodies, there must also be edibles that fortify it.

Many Blacks throughout the diaspora who champion African spirituality and African tradition have embraced veganism as an exemplary example of the above ancient Kemetic quote from the Book of Coming Forth from Night by Day. Veganism is rooted in the belief that the only foods that can facilitate optimum human health, physical conditioning, and ecological sustainability, are vegetables, fruits and grains.

If you’ve done any considerable research on human nutrition and human biology, it is unlikely that you will make any strong arguments against veganism. In my opinion, it’s a responsible, and therefore viable, approach to human dieting. It’s great. It’s wonderful. BUT VEGANISM IS NOT AFRICAN.

Those in the Afrocentric spiritual community who adamantly say that it is are relying on new age community speculations on how the men and women of ancient Kemet reached high levels of civilization. However they cannot produce any primary source evidence proving that the ancient Kemetyu intelligentsia consumed fruits, vegetables and grains exclusively. Kemet was the crystallization of ancient African thought, and in traditional African spirituality, animal products may be consumed as spirit medicine or used as fetishes.

Veganism strictly forbids wearing leather or other animal skins. So, how would the Leopard  secret societies throughout Africa—who wear leopard skins—reconcile their ancestral spiritual traditions with standard vegan protocol? They can’t. And truth be told, they never have, because veganism isn’t African. It’s an admirable, politically-motivated response to Western European mismanagement (GMO foods) and mass production (pumping animals with artificial hormones) of animal products over the course of the last 50 or so years. It’s not some lost and forgotten expression of an ancient African dietary wisdom. 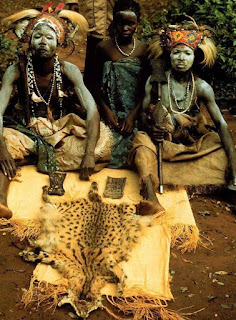 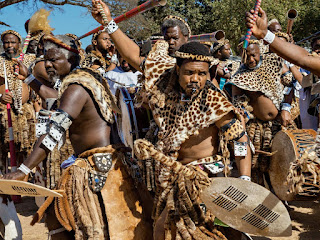 I’ve never eaten a hamburger in my life, and other forms of red meat haven’t been a part of my diet for several years. My decision to exclude it has nothing to do with intellectualism or any nutritional philosophy. One day my eyes, my stomach, and taste buds all banded together and said “don’t  eat that shit ninja. The bovine ain’t for you.” so I don’t eat it. However I might clobber you for some chicken wings lovingly prepared with a zesty spice rub.

My curry chicken tastes like sexy strippers with commercial curves and high-heel stilettos dancing to trap music on the tip of your tongue. I’ve got  testimonials I’ll share with you in due time. I also make fried  chicken, jerk chicken, baked chicken—you naaaaaaaame it!!! The chicken I prepare is grass-fed and antibiotic and hormone free. It’s expensive, but I don’t eat large pieces of it in one sitting, so it lasts. I also have a new fish dish I’m experimenting with called “Venus in Pisces.” It’s already exquisite.

Growing up in a Rastafarian family, I had nothing but hatred for pigs and the flesh that they produced. During my formative years, there were Chinese people living in my building, who would cook a lot of pork. To my family and I, it smelt like hot death. I would see pork in big buckets in Asian owned vegetable stands in Brooklyn, and as a little boy, I would stare at the pig flesh with unrestrained contempt. I voluntarily ate some in culinary school just for the experience as it related to my training. 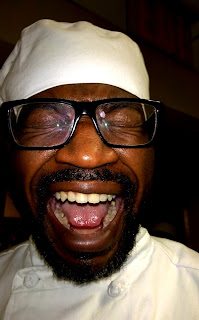 Not Feeling that Pork

Although it isn’t for me, I understand why people like pork skin. Still that was my first and last time eating pig flesh. In my opinion, it has a very toxic and foul aftertaste that brought back painful memories of smelling pork cooking in my building. There are cookies, cakes and desserts with marshmallow in it that I won’t eat until this day just because I know that it was made with pork. I’ll readily admit to you that my aversion to these foods are not based on reason, but cultural programming from my youth.

Jewish and Islamic prohibitions against eating pork were influenced by a passage in the ancient Kemetic Coffin Texts, where it is identified as an abomination to Heru. The Coffin Texts, and perhaps other literary sources that come out of the Nile Valley, associate the abominable black pig with the netcher Set, who personifies the intelligence behind ANARCHY and revolt, not evil and perversion as Christian-minded students of Kemetic mythology would like to paint him.

If you recall, the head of a black pig also played a ritualistic role in helping to set off the Haitian revolution, which was an act of ANARCHY against the French initiated by Haitian Vodou priests and priestesses alongside the Jamaican Obeah man Dutty Boukman.

With that said, was the pig cast by Kemet’s dynastic priesthoods as an abomination to Heru—and by consequence the greater empire—for dietary health reasons as some of today’s vegans and vegetarians propose, or was it more rooted in the politics of spirit medicine? Maybe it was both! I don’t know.

For the record, Heru was the symbolic embodiment of the throne of leadership, and therefore personified established authority. Unless you are an established authority, or you personally benefit from it, Set the anarchistic rebel is actually your pal, your homeboy. Unfettered spirituality is the bane of civilization. Civilization places restrictions on the human mind, that otherwise, may not even exist. In order to break free from this condition you may have to overthrow the gods who only live in your mind.

Let me bring this monologue back full circle to the quote “that which my Ka doth abominate has not entered into my body.” One of the reasons why it is such a powerful quote is because it doesn’t say anything about food specifically. It is referring to abominable things that enter into our bodies. How often do we let abominable thoughts enter into our bodies? Maybe the thoughts and emotions that we entertain on a daily basis do more to destroy us than the food we put into our bodies. Maybe keeping a sound mind and a clean heart fortifies us more than vegetables do.

Last night I saw an older woman begging on a street corner whom I remember as a crack addict in the late 1980s. I literally remember her running out into live traffic on Flatbush Avenue in Brooklyn butt-ass naked and wildly dancing in between cars. I don’t know how she avoided getting hit or causing a car pileup upon collision. She spiritually manipulated her environment on that day; there’s no doubt about it. Considering the lapse of time between then and now, she had aged pretty well, even by a healthy woman’s standards.

She asked me for 50 cents and I gave it to her in exchange for giving me 50 Gates of Understanding in that moment. She literally passed through my mind earlier in the day when this blog post you’re reading was just a thought in my head, and then I ran into her. I immediately recognized spirit at work and gave her the change with no judgment.


Remembering her back in the day, I couldn’t help but think to myself that after all of those years of  abusing the alkaloid po seed, she’s still alive and energetic. And then I thought about what her secret was. Was it those crack rocks? Probably not. I think that it was because she does what the fuck she wants to do and lives her life care free.

Every time we stop ourselves from doing things in life that we really want to do because we’re worried about what people will think or say we’re allowing things that our Ka finds abominable to enter into our bodies, which more than negates any spiritual gains we’ll make by eating an organic kale salad with quinoa.

What does it profit a man to gain all of the beta-carotene and zinc that his body requires if he is still a fuckboy with ELF (Extreme Low Frequency) thoughts? I’m sure that there are Vegan Nazis out there in poor health who do not look too good for this precise reason. There’s a difference between eating to live, and eating not to die. I say mindfully eat what you enjoy. We all have our own bio-chemical equations.

To my traditional African spiritualists: whatever you decide to eat this week, make sure that you’re chewing it with a clean mind and a heart that is as light as a feather. That’s Ma’at. That’s African.