Libra & Love 2: The Quest for Balance 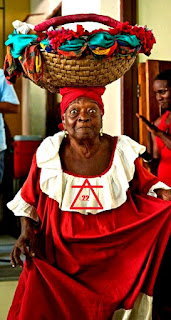 Libra, which is the last sign added to the zodiac, is the only one that is not represented by a human image or an animal totem. It it is only exemplified by an idea (scales, justice). Animals die. People die. Stars die. Ideas live forever!

But we should remember that at the root of all great ideas there are intense FEELINGS. This points to the influence that the water signs (rustling rivers of emotion in motion) may have on a Libran’s airy world of ideas and concepts. Here’s a list of a few notable Librans:

Although Libra is often associated with love, romance, lofty intellectualism, and balance, I think that we  all incarnate into the zodiac signs that assist us most in strengthening the most glaring weaknesses our souls come to the planet with. In other words, you were born a Libra because you came to this planet as a ruthless soul who is now being conditioned to radiate love, patience and understanding. By no means am I an authority on astrology, but there are some critical matters concerning man’s relationship to the sun, moon, stars, and planets that I want  to put in proper perspective.

This whole idea that Nature and the stellar bodies in outer space are conspiring against us and our best interests is the essence of western Gnosticism. This Gnosticism is an extension of Neo-Platonism. Neo Platonists are Europeans who embraced Plato's ascetic philosophy centuries after he had died and the European interpretation of Christianity was still in its infancy during the 3rd and 4th century C.E.

The Greek philosopher Plato denounced sensuality as a path to self-realization.  Instead he championed a non-sensual ideal of beauty that does not involve the stimulation of the five senses of the body. In his book, The Symposium, which I read many years ago, Plato suggests that a man who follows his example may fall in love with a man the way he would fall in love with a woman because he is in pursuit of an ecstasy that transcends the world of forms.

Plato’s opinions on the nature of reality is where we get the term “Platonic Relationship.” It is a relationship that does not involve sensual stimulation between two people. It “transcends” any experience of the physical form. For Platonists, this is the ideal because sensuality corrupts the mind. If you believe that sex, dancing, or eating food are potential paths to the divine then Platonism probably isn’t your cup of tea.  Plato’s core views lie at the ideological foundation of Gnostic ideas and concepts.

Western Gnosticism is basically a cave man’s attempt to filter Coptic cultural psychology through the ice age trauma and environmental cataclysms he was forced to endure in a virtual wasteland for thousands of years. There’s no Demiurge who created the tangible world as a prison colony for your soul. The entire universe is conspiring toward your greatness, especially if you are a carbon being who has the ability to process sunlight, soundwaves, as well as stellar, and cosmic rays.

If you CAN’T do any of the above THEN Yaldaboath becomes a VERY REAL adversary.   Those who first taught the world about the Demiurge were the spawns of scarcity frightfully abandoned by abundance during the last Ice Age. It is in our best interest to become cultural anthropologists before adopting the spiritual views of a particular culture because that culture’s beliefs are a product of THEIR ancestral experience. That experience may differ drastically from our own. At the end of the day mythology is shaped by environmental factors.

The only true “Gnostic” of any relevance in this time is the authentic Rasta Man  who is the true custodian of Coptic cultural psychology and cosmogony. There is no informed opinion to the contrary. The doctrine of original sin is a lie. Every brother is born a divine king. He makes himself a pauper based on the decisions he makes over the course of his life. What we call “Gnosis” is simply the milk of a loving mother’s nipple.

The European Gnostic has you thinking that the stars and planets are your astrological slave masters when they are really your employees who work for you.  Lets tap into the sciences of our ancestors and give these universal bodies direct instruction. 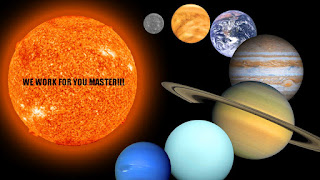 If you are a slave to the stars, and your planetary placements are strong enough to override your soul’s programming, then you will always be the stereotypical Libra: kind, loving and perpetually deferring. However if you’re a boss and your stellar employees work for you then you'll be whatever YOU choose to be which does not exclude being kind, loving, and deferring when the situation calls for it. Elijah Muhammad built an empire off of a 3rd grade education. The sun, moon and stars on his signature hat worked for him. Let me be clear. The sun, moon, and stars on his head worked for him.

Why are there so many great Libra war strategists? (I was told by a reliable source that Shaka Zulu was born in the sign of Libra, but I'm still researching this. Of course, many of us have heard about the military exploits of Alexander of Macedonia) It’s because people are born into the zodiac sign that is opposite to their soul's natural orientation at the time that their parents conceived them.

A warlord is born in the sign of peace and friendship because that is what the sun, moon, stars and planets are helping them to learn. Nothing is against us. Nothing can oppose us. Everything is designed to serve you. In this moment I speak from the rich earth of abundance, and not the flat soil of ice and scarcity. THERE IS ENOUGH FOR ALL OF US.  When we acquire this gnosis as a collective we will cease being shot down and abused by policy enforcers in the street. The entire universe and everything in it is a slave to the feelings in our hearts. What are you carrying in your heart on a day-to-day basis?

I believe that a lot of people born in the sign of Aries were actually bullied and picked on in their previous lives. It may even be a reoccurring theme in their present experience (whether real or externally perceived). The influence of Mars is to help them to Turn Up and stand up for themselves in their present incarnations. Some turn up too much, which is why they are notorious for their hot tempers. My little song ends hear, but the beat goes on.