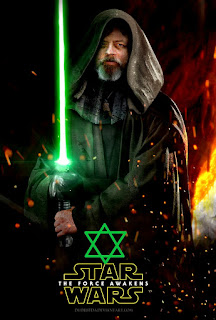 Last week I passed by what is normally a vacant lot in my neighborhood. However, on that day it was filled with hundreds of Orthodox Jews getting live chickens off of a big truck. They even had cops standing guard on the premises as security.

All of those birds were shipped over for the purpose of ritual sacrifice and it would be naive of me if I thought otherwise. Pretty soon the sidewalks will be littered with headless birds as I’ve often seen.

Your ancestors were practicing ritual sacrifice long before your land lord and his ancestors were doing it. However you parted with tradition because those same people who own the major Hollywood studios used Theater Sorcery and Poetic Religious Literature to convince you that your ancestors were heathens.

Meanwhile they reap tangible rewards in this world carrying out your ancestors’ rituals. If you do not willingly and preemptively offer sacrifice then you get sacrificed for not paying your dues to Saturnian intelligences. African immigrants to the United States are not being cut down in the streets by racist police officers, just those who offer the least sacrifices to the invisible Minds that shape and mold the tangible world that you can see. Many of us pay taxes to men, but won’t pay taxes to spirits.

Don’t get upset and don’t hate those who pay the piper. Instead peep game and take notes. The movie Trading Places starring Eddie Murphy and Dan Aykroyd is a good film and an even better joke.

The film depicts a Black beggar played by Eddie Murphy who comes into the wealth of a white Wall Street business tycoon played by Dan Aykroyd. The white business man becomes a bum, and it's all orchestrated by Wall Street stock traders who facilitate the big switch. You can watch the movie for yourself to fill in more details. 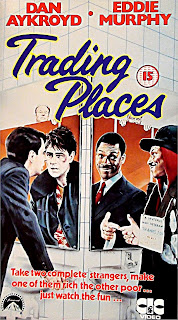 If we look at the film within the context of world history then the Black race is represented by the wealthy tycoon who became a bum, while the Eastern European Ashkenazi Jews are characterized by the lowly beggar who came up in the world to became a certified king. Who are the prank-playing stock traders who caused the big shake-up to begin with? It was The Neutrophils, those malevolent nature spirits I write about in my coming book.

Many Black people are talking about Hollywood’s harmful preoccupation with Black slave narratives when it is time to shoot films on the historical Black experience. The resounding cry has been “ENOUGH WITH ALL THE SLAVE FILMS.”

One can validly counter that there are more films on the Jewish Holocaust then there are African Prisoner of Papal War (slavery) films. What we may be overlooking within that assessment is the fact that you cannot justify the abundance of slave films simply by pointing to the massive production of holocaust movies. The highest use of art is to stimulate the soul and uplift the mind of man. As we head into 2017, slave films are only valuable to the extent that they achieve that end for Black people.  Here’s my idea for sci-fi Nat Turner flick:

“Nat Turner is a hoodoo conjuror who practices his art under the guise of Christianity. On the heels of his Virginia rebellion an exceedingly powerful nature spirit appears before Turner in the form of a burning bush. The Bush has some interesting news for him about the future of North America. Long story short, Turner makes a pact with this spirit to rescue African Americans living in the midst of a civil war torn U.S. in August of 2020.

A Turner look-like is  presented to Virginia authorities and sentenced to death. Meanwhile the Native American fire spirit helps the real Nat Turner to ritualistically transport himself through time to the Southside of Chicago where a Donald Trump-like president has mobilized U.S. troops to address  street crimes that are actually being orchestrated by him and his corrupt government officials.”

There are more elements to the story but I'll leave it there. Slave Film advocates may also want to  consider the fact that the people who produce these holocaust movies also distribute the motion picture meme of the Ashkenazi Jewish messiah through box office franchises like Star Wars, Superman and E.T. The Extraterrestrial, among others. These  stories have shaped world culture and molded human psychology for decades.

These motion picture works of high art reinforce and perpetuate the global cultural capital of the Jewish tradition as it is specifically defined by Jews of Eastern European descent. Steven Spielberg’s E.T. is an extraterrestrial botanist who comes to earth to study its plant life. 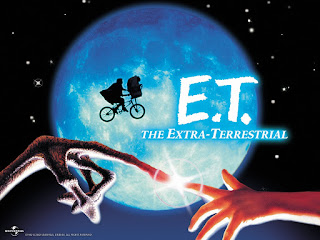 The irony of the entire plot is that E.T. is figuratively the botanical agent that he is looking for, because he is the living embodiment of the ETz Hayyim, the ancient Hebrew TREE OF LIFE that grows the fruit of righteousness. This fruit is personified by the little boy who grows and develops spiritually in his effort to protect E.T. from those who would seek to capture him. The “S” on Superman's chest is the phonetic equivalent of the Hebrew letter “Shin.”

This particular letter had special significance among medieval Kabbalists who were inspired by the Sefer-ha Temunah (The Book of Configuration). This book was compiled by 13th century Jews from Spain. You can read about them in Gershom Schoelem's book On Kabbalah and its Symbolism. 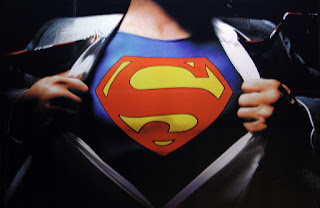 According to some of these Kabbalists, the letter “shin” will have four prongs instead of three once humanity enters into its next cycle of spiritual evolution. With that being said,  the “S” on the son of Jor-El’s chest (El is a proto-Hebrew name for “god”) signifies the future potential of tomorrow’s man. This man is fleshed out through the personage of the Jewish messianic superhero known as Superman.

Motion picture film is an indispensable catalyst for personal transformation and cultural reformation. When African Americans tap into the full potential of ancestral spiritual traditions, and marry them to motion picture art, it will signal a new era in which the weary years and silent tears of racist propaganda give way to the resurrection of a people. Behold, the Force has awakened within  you.