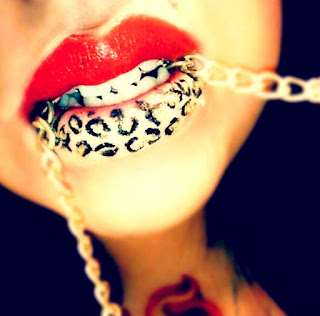 The Spring-time allergy has Renee rubbing her itchy eye as if her clitoris were deep inside. Her head is ever-so-slightly bowed, as frenzied fingers obstruct her view. Although she doesn’t see it coming, intuition sweeps over her like a broom.

Renee raises her head high. She’s greeted by a big black dick. Its oosing a single web of pre-cum, confessing desire for her lips.

The translucent beaded thread dangles into the pit of infinity as heat rises within the room. The moaning stone stares  at Renée like a slum lord when rent is overdue.

The caramel brown apple head, bulges with kegs of honey for tasty cakes. If only the bare-backed baby boo bear would decide to have a little taste.

Without saying a word, Renee buries the dense milk bone in her throat. “Damn bitch, you could at least say good evening to a nigga, sheiiiiit.”  She ignores Devon.

Renee grips the steely hot fudge, like a bitter-sweet grudge, brutally battering the night stick, from its base, to the tip, exploding with rivers of lush  pearls, that blast her tongue in thick swirls.

Her esophagus is a gentrified neighborhood, rapidly flooding with extra white. Crack rocks and Travel Fox. Her star is burning up the night.

Renee swallows her tangy puree. Her flavor is strawberry pineapple ginger. Her pleasure peach is hot and wet. She pops her pool with her middle finger.

“You just ate all my yogurt, but can’t say a single word to nooobodeh?” says Devon imitating Martin Lawrence’s raspy-voiced gold-toothed character Jerome. “Hoe, you just awful. I feel so used and objectified! I should make you pay, for my creamy YoPlait, which got yo sexeh bodeh electrified.”

“Nigga, you stupid,” she says with a smile. “Fuckin’ Kat Williams, Kevin Hart wannabe muthafucka. Why don’t you shut ya face and come eat this good pussy.”

Devon spreads Renée’s luscious legs until they read 9:15, mirroring the arms on his Swiss chrono. He plunges his tongue deep into her waters, where he goes fishing for the Nommo. Renée wants to beat Devon’s Hadith into the buttery folds of her crescent moon. His lightning rod is at its apex, like the flaming sun at high noon.