Hollywood Theater Sorcery & The Rebirth of A Super Predator Nation 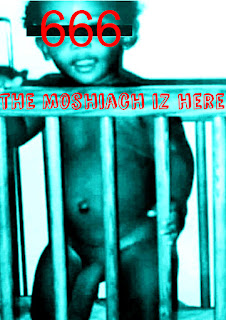 If a racist white cop, had a big black cock, would he beat it to death? Some say that there’s a thin line between love and hate, but what is there to be said about the non-existent boundaries between lust and loathing?

All over the United States of America there are disgruntled white male police officers  patrolling crowded ghettos with big black night sticks.  Meanwhile, many of their wives and daughters are up in the dead of night sending text messages with eggplant and prayer emojis to Tyrone and Jerome. Those black night sticks are killing the cops, yet they continue to clutch them on the beat with itchy fingers on the trigger.

This of course entails purging this once great nation of young Black super predators who pray on the sexual innocence of the ever-vulnerable white female. These racist cops wish to rekindle the glory of D.W. Griffith’s film Rebirth of A Nation (1915), which casts the Klu Klux Klan as heroes who rescue post-reconstruction America from the clutches of  the evil and oppressive Black Man.

As this old mythos conjured in the minds of white male policy enforcers plays out in the streets of America, many Blacks lament the blatant disregard for Black life. As a response to all of the madness, their collective myth consists of a messianic male figure who will seduce them with his charisma, and galvanize them with his strength of singular purpose.

In other words, many Blacks are still under the impression that this awesome Brother is going to come along and do ALL of the hard work for them. Many will praise a Jessie Williams for being eloquently outspoken at an awards ceremony. At the same time, they refuse to stick up for themselves under day-to-day circumstances, as if there is any single man or woman who is going to tell Blacks something that they don’t already know about what they “need to do” in 2017.

Many yearn for the sincere Black man who is a preacher, a mystic, and a warrior all rolled into one. They want a modern day Nat Turner. Nat Turner was the truth.

Born as a prisoner of war in the month of scales (the Libra scales denote court houses and justice) Turner lead the United States of America’s biggest slave revolt on August 22, 1831. Turner and his brothers with burners killed every body walking who was not in spiritual solidarity with the freedom of Black slaves. It is estimated that nearly 60 men, women, and children died in the aftermath of Turner’s slave rebellion. The bloodbath intensified anti-slavery sentiments across the nation. 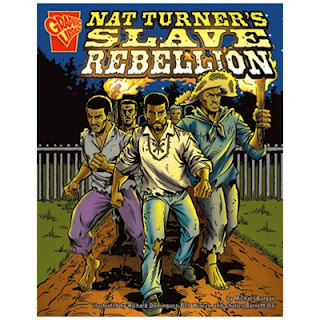 After being apprehended for a brief court trial that was more of an occult ritual than it was a justice preceding, Turner was executed by Virginia authorities on November 11, 1831. Recalling the spiritual revelations that lead to his decision to rebel Turner reportedly said:

“I now withdrew myself as much as my situation would permit, from the intercourse of my fellow servants, for the avowed purpose of serving the Spirit more fully--and it appeared to me, and reminded me of the things it had already shown me, and that it would then reveal to me the knowledge of the elements, the revolution of the planets, the operation of tides, and changes of the seasons. After this revelation in the year 1825, and the knowledge of the elements being made known to me, I sought more than ever to obtain true holiness…”

This is very interesting, because according to Turner’s own account—as it was relayed to us by slave-owning Virginia attorney Thomas R. Gray—he did not dabble in conjure root work which he supposedly thought was a waste of time. Turner was good old Christian, and not a calculating crypto-Christo spiritualist. Whatever.

When we examine Turner’s above quote which is taken from the same documented confession, along with the fact that traditional  African spiritual practices were seen as a threat to slave-holders, it seems that Turner’s disrespect for the conjure tradition was totally contrived by Gray. In it is my opinion that the confessions of Nat Turner, as told to Thomas R. Gray, is part journalism, part propaganda that was designed to serve the interests of Virginia’s slave-driven economy. Furthermore, what is the likelihood that the Turner Rebellion was coincidentally 40 years to the exact day of the Haitian Revolution, which involved the practice of Obeah and Voudun.

The Summer of 1831 was a hot one. Turner’s soul was in a furnace. Within the context of contemporary urban linguistics, a gun is a “burner.” However a burner may literally be a furnace and a furnace can be a burner when we consider the purpose and function of these nouns within the context of standard English. For the symbo-literate, the gun, the furnace, and the burner all occupy the same space at the same time within the mind’s eye because they are all yoked through symbolic thought.

An artistic mind is a library of symbols. Nat Turner’s soul was in a furnace, therefore it was lodged inside of his gun, which thereby became a spiritual instrument used for spiritual work on behalf of his people. Today, we are all Nat Turner and our only guns are the tools that propel and catapult the divine intent of spirit forward.

Nate Parker has revived the memory of Nat Turner among those who’ve dared to forget about him and his heroic sacrifice. Parker wrote, directed and starred in the Turner bio-pic entitled Birth of A Nation which is to be released this October, which is the same month that Nat Turner was born. The new Turner film shares the same title as the early 20th century film that alludes to Black men’s preoccupation with white women’s vaginas. 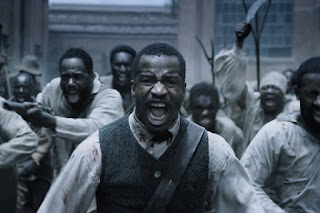 After viewing a trailer for for the new Turner film two years ago I felt excited. But I later felt confused when I learned that it was being financed into mainstream movie theaters across the U.S. by Fox Searchlight.  The film distributor is owned by the same people who give us Fox News, which for years, has laid the ideological foundation for what has become Donald Trump’s presidential campaign.

Nate Parker, who was born in Virginia like Nat Turner, is married to a white woman who has given him five daughters. Very recently I learned that Parker and Jean Celestin, who helped him write the Nat Turner biopic, had rape charges filed against them both while they were high profile students on Penn State’s wrestling team  in 1999. Parker was acquitted, while Celestin was sentenced to six months in jail for rape.

He appealed that verdict, and was set for a retrial in 2005. It was never brought to retrial because the alleged rape victim reportedly did not want to go back to court. This alleged victim was a white woman who reportedly received $17,500 in a separate settlement from Penn State after she left the school before graduating. She committed suicide in 2012, the same year that Parker starred in the film, Red Tails, about the heroic Tuskegee Airmen.  In the psychology of the white male Christian, the mention of a “red tail” may evoke the diabolic image of the King of Hell. 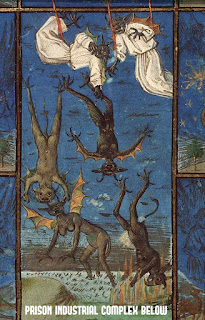 Parker reportedly received $17.5 million dollars from Fox Searchlight for the right to distribute his film, which is the largest payout ever for a Sundance Film Festival feature. Hollywood was started, and is still run, by Jewish families. In the Hebrew gematria used by Jewish mystics the number “175” represents the “King of Hell” among other things. In the Christian mythos the king of hell is Satan, therefore giving Parker $17.5 million would be the Judaic mystical equivalent of giving him the infernal crown that belongs to Satan. According to The Order of the Klu Klux Klan, Satan is a youthful, virile Black male with a big black night stick that he beats curious white women with.

The reoccurring figure of “175” seems to suggest that Fox Searchlight was well aware of  the rape charges that the young white woman filed against Parker and Celestin who wrote The Birth of A Nation together.

To me it seems that Fox green lighted Parker and Celestin’s new version of The Birth of A Nation (the two men came up with that title) just to reinvigorate the energy and spirit of the ORIGINAL film by financing two men whom some might say embody its central theme of Black Super Predators.

Mind you, the leading corporate media outlets are reporting that Parker’s film is expected to be an Oscar favorite in 2017. Of course “Oscar” is a phonetic anagram for “Ptah-Sokar” the Kemetic netcher that the Oscar statue was modeled off of.

Lets lift up the legacies  of our storied ancestors by studying Hollywood game as far as story telling, writing,  production, and business is concerned.  We must tell our own stories so that we dont soil the legacies of our Nat Turners which are compromised through the efforts of Hollywood Theater Sorcery. Black writers need to seriously study world mythology, human psychology, and the spiritual sciences to propel ourselves and our ancestors forward into the future with pride and dignity.