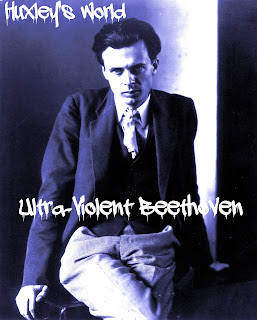 Ultra-Violent Beethoven is back with a little appetizer leading up to his main course meal, which is his yet to be released debut LP, Daddy Needs A Shotgon (D.N.A). This track, which will not be on the upcoming album, is called “Huxley's World.”


For those who may not be aware, Aldous Huxley is the author of the novel  A Brave New World (1932). The book is a literary classic that is considered one of the best fictional works of the 20th century. Set in 26th century London, the novel paints the picture of a world in which every man, woman, and child is a psychologically manipulated automaton governed by advanced technologies.

“Huxley envisioned a world that corresponds to the one I live in today,” says Ultra-Violent Beethoven.