Prince & the Purple 'Reign' of the Old Power Generation 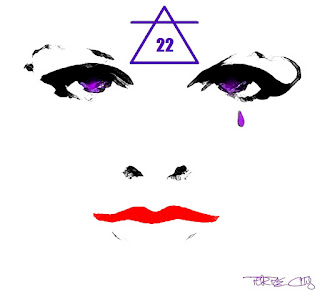 Prince was found dead at his Paisley Park Studios in Chanhassen, Minnesota two years after regaining his music catalogue from Warner Bros Records.  This is the same label that he had been involved in a bitter, highly publicized dispute with  since the 1990s.

The Artist was reportedly planning on putting out a brand new album filled with new music under the record company. That was part of the deal. While that new music never materialized under Warner, Prince did release new songs under Jay-Z’s Tidal streaming service, which is reportedly the only online provider with rights to feature the bulk of his musical catalogue. Jay-Z’s 2003 Black Album was named after the Prince LP recorded under the same name in 1987.

I don’t know what you think about what has transpired here, but I smell Thieves in the Temple. But what remains hidden in the dark today, will come to light tomorrow. If you personally know any dudes who are anxious to get signed by a major record label in this day and time, you just might wanna warn a brother. He might walk into his grave or slip on his death fucking with paper gangsters who only want to enslave vibrant recording artists.

The internet has opened up exciting and new opportunities for these artists. If  they're willing to put in the groundwork while keeping their minds open to creative marketing and promotion ideas, I don’t see why an artist can’t be independent and live comfortably off of the music that they record. That is, assuming it is great music to begin with. 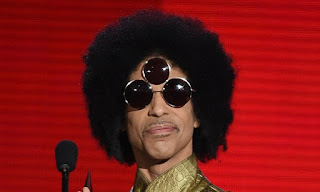 I’ve enjoyed much of Prince’s music since I watched his Purple Rain movie with my mom on our Betamax VCR back in the mid 1980s. She wasn’t a big fan of his music, but I guess she was curious about the movie. Through his timeless music Prince will live forever. At this time I would like to switch gears and go from talking about Purple ‘Rain’ so that we can briefly explore the Purple ‘Reign’ of the Old Power Generation.

As many Prince fans know, the paisley prophet of funk was from the state of Minnesota. There’s a locality known as  “Carthage” in Minnesota. The Carthaginians are the cultural descendants of the ancient Phoenicians who were a seafaring people that some scholars believe traveled to the America’s from North Africa in ancient times.


Geology Professor Dr. Mark McMenamin of Holyoke College wrote a book entitled The Carthaginians Were Here: Evidence for an Early Crossing of the Atlantic which suggests a Phoenician presence in the America's via Northwest Africa. Although I am not very knowledgeable of Native American history, customs, and culture, I have seen what appears to be Phoenician iconography in native North American art.

What’s interesting is that the Greeks called the land occupied by the Kena Ani or Kena Anu  “Phoenicia,” which literally translates to mean the “The Purple Land” in classical Greek, which is a language that is based on the Coptic PHOENETICS of Northeast  Africa.

Phoenicia was known for the rich purple dyes in the clothing fabrics that it produced. I would not doubt that Prince, who was well noted for his sense of fashion, is a  bloodline descendant of the ancient Kena Anu, The Old Power Generation that established territories here in the Americas many centuries ago.

I will leave it to historians and cultural anthropologists, who are more qualified than I am, to further explore Prince’s relationship to ancient North America. Shout out to TurtleGang Edutainment.  Until then, I would like to share my top 10 favorite Prince songs in no particular order. Rise in Power  Prince as you reunite with Vanity: