The Demise of Coke Rap & the Death of the N!gger Horror Story 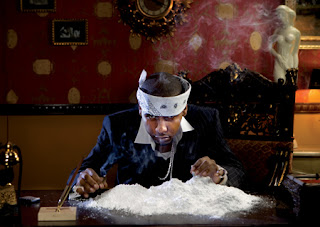 “Apparently,” it all started in 2014 when J.Cole released his critically acclaimed album, Forrest Hills Drive, which included the aforementioned hit single. Not only was this unabashedly hip hop album a critical success, but a commercial one, as the project was certified platinum with no guest features, a feat that arguably hadn’t been accomplished by a solo rap artist since MC Hammer dropped Please Hammer Don’t Hurt ‘Em in 1990.  FHD's auditory scope also enabled Cole to garner new fans outside of the multi-colored spectrum of hip hop music.

Cole did not have to pander to a pre-internet, white hip hop consumer who was born in the 1970s or 80s. This demographic, for the most part, was more interested in paying for Nigger Horror Stories, which are grossly exaggerated and caricaturish portrayals of Black male death and genocide over highly infectious beats. This cartoonish sub-genre of hip hop—which millions of hip hop fans, including myself, have consumed over the years—involved a heavy preoccupation with guns and street pharmaceuticals, usually in the form of cocaine.

However the American news media has gone so far to eroticize the death and utter destruction of young Black males  within the collective psyche of white America, that it no longer stimulates the brain-numbing neural high that once  accompanied rap music’s lyrical  lynchings of Black males at the hands of other Black males. Scarcity creates value, while abundance causes it to diminish. The overwhelming consensus around the United States of America today is that NIGGAS DIE EVERY DAY, B. Therefore in the minds of many people it’s no big deal, which means that Black Death is too common, too frequent and too normal to be a musical commodity in today’s global marketplace.

Young Black men who can be sentimental, introspective, or just down right fun and goofy amidst the chaos and danger that surrounds  them are far more interesting and far more compelling characters to customers in the global market than a coke-peddling, pistol totting, hardened thug. How does a mere mortal relate to a gutter god with no fears, insecurities, or inhibitions? The world is now less entertained and amused by the idea of a battered and bloodied God being crucified and more interested in the idea of him rising from the dead after said crucifixion with a new gospel for the planet.

After a while the Super Nigger routine becomes boring and lame, because these paper tigers lack humanity and never go after the real tough guys who would not hesitate to take their lives. The goon's sense of hopelessness is malignant. He violently threatens his brothers and women, but lets the George Zimmermans of the world walk the streets with no fear. How many nightclubs across the U.S. have been shut down as a result of the mindless violence that coke rap often precipitates? It’s a cool genre for short-term hustlers, but it’s bad investment for far-sighted business men.

The kicker is that in real life, Bob Marley was far more of a gangster than 98% of the so-called gangsta rappers you can name, but he never shot anyone but that sheriff in a song. He made music so that people could dance, reflect, and push through life’s hard times with a realistic sense of hope and jubilant feeling of purpose. 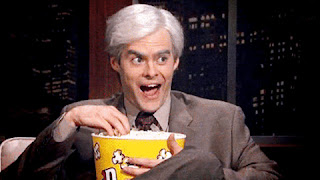 The corporate-manufactured Nigger Monster is constantly reminding us that as much as he stacks his bread up to Pepperidge Farm proportions through illegal activity, his inevitable demise is right around the corner. So here we are now, watching the death of coke rap and the glamorous Nigger Horror Story that once had crackers clutching their popcorn bags in awe from cinematic tall tales of vice and crime. In a mutual celebration of debauchery the Black artist relegates himself to a nigger, while his white patron devolves into a nosy cracker from uptown searching for what he believes lies at the very core of everyday Black Life.

None of your favorite coke-peddling gangsters from the 1990s or Early 2000s can compete with Kendrick Lamar, J.Cole, or Drake in today’s  market place. Even the original Snowman, Young Jeezy, has wisely sharpened his dialogue in order to remain relevant in the emerging hip hop art world. 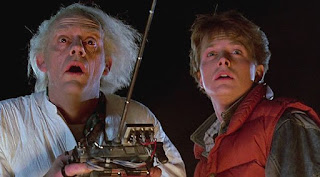 If you’re an aspiring Nigger Monster looking to sell more hopeless ghetto horror stories to suburban white kids, you’re wasting your time. They don’t get high off that shit no more. You should find Marty McFly and have him send you back to 1998 in a Delorean. There, your choice of content will have more value.

However if you are an urban artist with style, wit, humor, or an inspiring vision for the world, then this is your time to capitalize and build a lasting legacy. Read often, live life, and work hard. The Tastemakers have spoken.