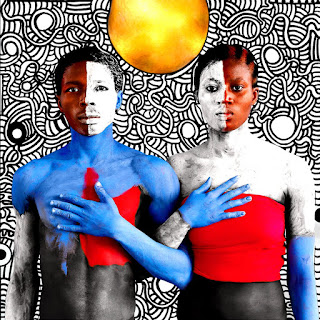 Native Americans are widely lactose intolerant, but so are most “African Americans” according to studies I’ve come across. My preliminary research suggests that many continental Africans are the exact opposite and are in fact lactose tolerant. This is conceivable since cattle rearing was not as widespread in ancient North America as it was in ancient Africa.


In my mind, the lactose distinctions lend credence to the notion that many people identified as African American are actually Native American, with ancient genetic ties to the Americas. 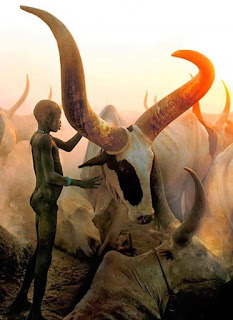 According to a DNA test that I recently took, I am lactose tolerant like the continental Africans that I just referenced. Also, I have no Neanderthal ancestry, which is something that I already suspected before taking the test.  It also indicated that my genetic makeup is overwhelmingly Sub-Saharan African, where there were absolutely no Neanderthals. Nevertheless I have European ancestry. To me, this is very interesting because all white people—as far as I am aware—have Neanderthal ancestry.

But what if my “European” ancestors were not whites at all, but Black Africans who migrated to the region far in antiquity and interbred among themselves over a long period of time? A series of generations of interbreeding, coupled with new environmental surroundings, may have caused these African migrants to develop genetic markers that were in some ways, distinct from THEIR African ancestors. That may explain why I reportedly have European ancestry with no Neanderthal blood ties. This anomaly would seem unlikely if my European ancestors were white people. Also, how did the lion become incorporated into the coats-of-arms of European royal families when there are no lions in Europe?

I’m just thinking out loud at this point, and will do further research to tie more things together for myself, by comparing my genetic findings to what I know for certain from family history. Still, it would be a good idea for Blacks who are serious students of world history to keep one thing in mind: when we hear name designations like “Native American” or “European” that sound foreign to whom we were taught that we were by whites, or even well-meaning, yet mistaken, Pan-Africanists, we shouldn’t be so quick to assume that they are references to a so-called red man or a white man. These may very well have been Black people.

Culturally, genetically, and spiritually, not all Blacks are fundamentally African. MY African lineage is reflected back to me in so many ways. I can FEEL where I come from. I sometimes joke that if you are Black, but you don't like classic Jamaican dancehall music, then you probably are not African because that genre of music is as African as contemporary music can get. Lions like to eat gazelles because their ancestors like to eat gazelles.


For those who are historically literate, and study WORLD history beyond the propaganda taught to us in school, there is no reason why a “European” or a “Native American” would not be Black, especially if we are talking about antiquity. Let’s briefly explore some cultural anthropology together, so that you can better understand why I am saying what I’m saying.

There is a book written by a  13th century historian from Iceland by the name of Snorri Sturluson (1179-1241) entitled “Heimstringla: History of the Kings of Norway.” In that work he specifically says that in the land of Svíthjóth (modern day Sweden), there were “Black men and many kinds of strange tribes” (pg. 6).

Mind you, Snorri was considered an authority on Scandinavian history and Norse mythology in his time which was during the 13th century, not 1865 or 2016. We ’re talking about 13th century Europe. This was long before the “Enlightenment” when white Europeans started falsifying their own history, and hiding elements of their ethnic mythologies for political and economic purposes. How long were these Black men that Snorri references living in Sweden before he even knew of them? It’s something for us to consider within the context of this narrative.

I have images of 16th century paintings that depict Native Americans with dark, chocolate brown skin, and they were not slaves. They were Black people living out their lives in the Western Hemisphere. The BBC documentary Ancient Voices identifies the original Native Americans as Black people. See the video below. The Asian element came later across the Bering Strait and mixed in with the Black population that was already in the Americas thousands of years before the trade of African prisoners of war.

It is my opinion that the blood quantum requirements for several Native American tribes are minimal because the people who are getting the  most monetary assistance from the U.S. government through the Blood Quantum Laws have minimal amounts of pure Native American blood themselves. Most of these beneficiaries would socially be classified as white.


Meanwhile, the copper-skinned Native American descendant who has the highest levels of Native blood is  discriminated against and deprived of economic benefits that would be available to them because they have been genetically displaced and falsely identified as an “African” American when they are in fact the TRUE Native American.


So what is a “Native American”? What is a “European”? They are ALL expressions of Blackness. Let’s embrace ALL of ourselves so that the Artificial separation between us and others may disappear. Don’t allow your genetics to be displaced by political propagandists who want to revise history and deprive you of what is yours.

The lead photo for this post is an inspiring peace of art by Ethiopian artist Aïda Muluneh.