The Weeknd, Ptah-Sokar and The Oscars 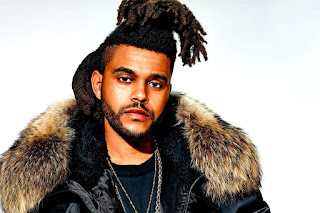 This weekend The Weeknd “Earned It.” However he did not win the Ptah-Sokar statue at the 88th annual Oscar Awards (Oscar=Sokar) for his musical contribution to the cinematic Fifty Shades of Grey soundtrack.

The word “Cinema”—which has a numerical value of 88 in Jewish Gematria—derives from the Greek root-word “Kinema” which means “Movement.” Among other things, the ancient Kemetic deity Ptah, whom the Oscar statue is modeled after, represents the ecological principle of kinetic energy, which is energy in motion, which is of course, energy in a perpetual state of movement.


Ptah was also the patron deity of artists, which included those who orchestrated theater productions and gave electrifying musical performances in ancient Kemet. 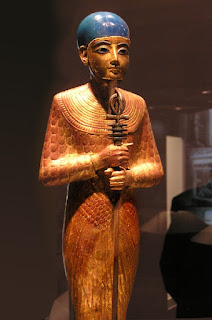 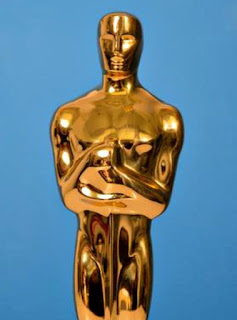 Some of us don’t know who The Grand Architects who built Hollywood are. For those who do, the 50 Shades reference may  draw a conceptual correlation to the 50 Gates of Understanding in the Hebrew Zohar or Book of Job.

The color grey results from the blending of black and white, which represent two opposing polarities. However true Understanding of a thing is only achieved when you, the observer, are able to transcend your polarized perspective on what it is you are observing. Then again, Understanding is relative, thus for us, as well as The Weeknd, the quest for the 50th gate is continuous and endures on into infinity. The infinity symbol resembles the number 8, which corresponds to Saturn, which governs Binah, the Kabbalistic power vector for the 50 Gates of Understanding.

If we apply symbolic thought to this chromatic context for self-realization, the transcendence of awareness that we speak of can be represented by the color grey which hovers over, and in between, black and white. This signals the arrival of the star Sigi Tolo (Sirius) in between the two mountain peaks, the two extremes of Mercy (Jupiter) and Severity (Saturn), inside of your own Head to bring forth enlightenment.

According to ancient Kemet’s Book of Coming Forth from Night by Day (which is mistakenly called The Egyptian Book of the Dead) The Path of the RASta is the path to enlightenment.

In Ethiopia, where The Weeknd is from, the word “Ras” means “Head.” However the word “Ras” had the very same meaning among the ancient Phoenicians, (look up the Ras Shamra Tablets) because ethnically, they were the same as the Ethiopians although their cultures may have differed slightly based on environmental factors. The Phoenicians actually called themselves the Kena'Anu which is reminiscent of the Anu people of North East Africa where Ethiopia is located.

Since the ancient Hebrew alphabet is actually a co-optation of the ancient Phoenician alphabet—which sprouted from the fertile soil of Ethiopian thought—then ancient Hebrew literature is the extension of a distinctly African mind. Enlightenment is experienced in your “Head,” which is your “Ras,” which is literally the “Resh” of the Hebrew tradition.

In this short article we have drawn parallels between five different ancient cultures (Kemet,  Ethiopia, Mali, Phoenicia, Israel) and none of the connections have been forced. Let’s celebrate and embrace cultural similarities instead of arguing over cultural differences.

To the crack-smoking conspiracy mongers among you, I say relax. This article is not an attempt to persuade you to be angry and up in arms about The Weeknd not receiving an Oscar,  nor is it an exposé on some diabolical plot involving obscene rites among the movers and shakers in Hollywood. Other folks will be talking about that. We think differently over here.

This post is just a brief reminder to all that the signs, symbols, and high culture of the ancient world still have a place of relevance in the context of today’s popular culture. Since even the most progressive minded among you still consume pop culture, this is something worth noting.

This is Mind Glow Media. The digital throne of a Lion’s pride. Like The Weeknd, we’re in The Zone. We synthesize and never divide. Selah...