The Divine Economy of the Neteru 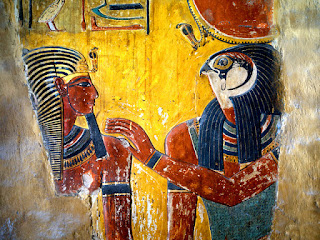 What if the Neteru are conceptual place markers that allow us to identify deceased members within our families whom we are supposed to use as  substitutes for these colorful characters found in ancient Kemet’s divine narratives?

A great grand father who was gentle with children, instilled loving confidence in women, and was highly respected by other men, would be Ausar.  A grand uncle who provided a platform for creative artists to express themselves and inform the public of their unique talents would be Ptah. That lawless older brother who ran the streets ragged and was always in trouble with police would be Set.


The word “Nature” is derived from the Kemetic word “Netcher” which those of us who speak English would call a “god” or a “goddess.” However the Kemetyu (ancient Egyptians) were talking about emanations of intelligence that are inherent in our environment. They weren’t talking about a physically imposing or potentially brutal man or woman, which is what “god” and “goddess” mean at their German root.

To the old Germanic mind, shaped an molded by Norse culture, a man who was able to break into another man’s home and beat him bloody and senseless before raping his wife and kids would be considered a “god.” Nevertheless, many of us use the words “god” and “goddess”  when discussing non-German pantheons because of our common understanding of what they mean on a colloquial level.

A lot of times we may get great ideas while we’re relaxing in a park or taking a stroll on the beach. We’re constantly gaining insight and receiving information from a wide variety of sources. Some people are drawn to calming waterways. Others are drawn to the fire, the earth, or open air. But why? Perhaps the answer depends on the most dominant zodiacal element (Earth, Air, Water, Fire) that corresponds to those deceased relatives who are making the greatest effort to communicate with us.

Replacing the Neteru with the personality profile equivalent of ancestors within our own family lines may have a greater impact on transforming us internally than the gods themselves.  This is because we would be tapping DIRECTLY into parts of ourselves on a conscious level.  I sometimes hear people say “brothas and sistas got all of this knowledge and they’re still pieces of shit.”

But we need to understand that just because someone has fully conceptualized the Neteru on an intellectual level it doesn’t necessarily mean that the deities have been activated in their own blood streams. Then again, you have instances where one or a few of the Neteru are wide awaken in the blood, while the majority are fast asleep. 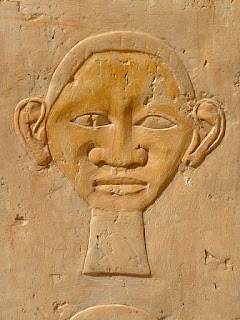 Maybe the only way to stimulate the Divine Economy of the Neteru within us is to consciously line the deities up with intelligences who are actually part of us: our ancestors. That  beloved uncle who was known for his penmanship would leave a deeper imprint on your heart and mind than some half naked dude you never met or spoke to with the head of a bird. And yes, I understand much of the totemic symbolism behind the visual presentation of different Neteru, but are you getting my point?

The aforementioned image of Tehuti from the ancient world may not resonate with the psychology of a man living in 2016. But what if that all-wise, all-knowing deity was replaced with the memory of a male relative with similar qualities as Tehuti? What if Tehuti was seen as the man who helped him with his homework as a little boy, or talked to him about the importance of being himself before his first date as a teenager coming of age? How would you or I even understand Het Heru’s true value and significance in mythology unless we’ve had a Het-Heru in our own lives as a personal frame of reference for her? 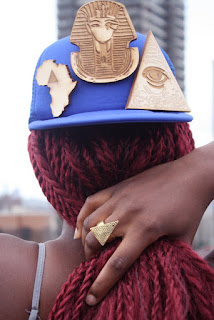 Popular culture encourages the proliferation of crazy, dysfunctional individuals who come together to create crazy dysfunctional families. When the deranged and horribly flawed people who were raised in these families die, what spiritual currency will they leave as an inheritance to their descendants who are left behind to toil in the realm of the living? How do these would-be heirs—who may be genuinely interested in self-improvement—compete with other men and women who have inherited what I will call inter-generational spiritual wealth? It’s a grueling uphill battle, and such is the nature of life for so many.

The Book of Coming Forth from Night by Day (more recognized as The Egyptian Book of the Dead) may hold keys that can assist those of us looking to tap into the greatness within. Think of a quality within yourself that you would like to cultivate. Figure out the Netcher that corresponds to that quality or trait, and then see if there is a transformation spell (specifically in Chapters 77 to 88) in the BOCF related to that deity or intelligence.

If there is, read the spell out loud while substituting the deity’s name with the deceased relative who would correspond with that Netcher’s archetype. Our blood vessels are the banks that the current of wealth flows through. Today we claim the wealth within  through the Divine Economy of the Neteru.