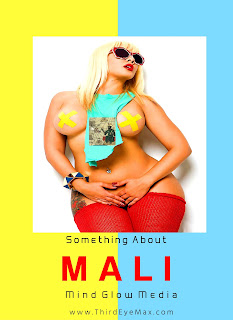 “Mamadou, please hurry before my hubby gets back home,” says Sarah Cohen with a slight quiver in her voice. The meandering Malian unbuckles his belt and pops the button on his jeans. He pulls them off slowly. One leg at a time.

Sarah eagerly pulls down his boxers to reveal his ashy charcoal burner which flares thick with defiant anticipation for the young porcelain maiden before him. Mamadou  rubs his bop-gun nozzle against the lips of Sarah’s pink purse, which is where he’s thinking about depositing  all 666 talents of his black gold.

Sarah’s on her plush bed—with its sterling silver canopy—spread out on her knees like fresh mayonnaise waiting for her hero. Her face is down. Her alabaster bottom is poking up, as her heart races to that distant place where only death and desire meet.

“Plant that fat, black fucker in my pussy Mamadou, I want to go back to Africa,” Sarah affirms as Mamadou rolls his eyes. With her tiny fist full of abundant cock, she slowly guides her attentive visitor into the creamy portico of her Brazilian-waxed tabernacle.

“Hold on a minute,” says Sara’s husband, Rabbi Vladimir Cohen from his front row seat just two feet away from the couple's bedside. “Not now Vladimir, you’re ruining my moment,” a flustered Sarah interrupts. “I really need this!!!”

The rabbi resists. “Sarah darling, take a deep breath and relax. Let me handle this.” Vladimir focuses all of his attention on the Visitor. “Mamadou, are you kidding me? I mean...are you really kidding, me? You mean that you’re actually going to stuff that African baobab tree inside of my wife? I mean, by the time you’re done her cunt is going to look like our daughter’s hula-hoop. Holy shit. I can’t believe this…”

Mamadou smiles. “Do you believe in God, Rabbi?” Vladimir betrays a sarcastic grin. “Yes, Mamadou. Yes. As a matter of fact, I do. I’m in the business of God.” Mamadou, cloaked in  pitch-black darkness, takes a few steps toward Vladimir. “Is God inside your Torah, Rabbi?” 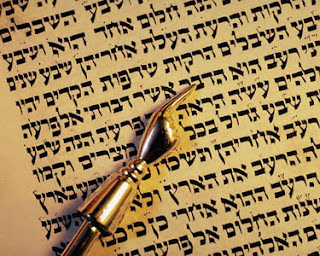 Vladimir chuckles with amusement. “Yes, the Torah is God’s exclusive throne where he eternally resides. The holy Torah encapsulates the entire scope of universal understanding—past, present, and future.”

Mamadou smiles. “In my culture, the totality of God could never be encompassed by any one book, Rabbi,” he says. “God is everywhere and in everything, especially that which the human mind has yet to conceive. However I believe, as you clearly do,that immeasurable greatness can find its place in small spaces. With that said, your wife’s womb will be the page upon which I will write my new Testament. I send my deepest, most heart-felt condolences to you and your 3-year-old daughter.”

Vladimir purses his eyebrows. “What the fuck are you talking about? Condolences? Nobody....” Mamadou calmly interrupts the rabbi in mid sentence. “I am going to murder your wife’s pussy, Vladimir. You might as well bury this bitch in a box when I’m done with her. Sit back and watch, my friend. You’ll love it.” Vladimir sits speechless.

Mamadou walks back to the bed where Sarah  is laying. She assumes her position. Mamadou presses his pressure point past her rose pedal gates, to traverse her milk road without even the slightest hint of resistance. Several minutes elapse within Sarah’s hourglass of time as Maumadou vigorously plunges balls-deep into her self-contained, sandy frame, driving her beyond the limits of euphoric hysteria. 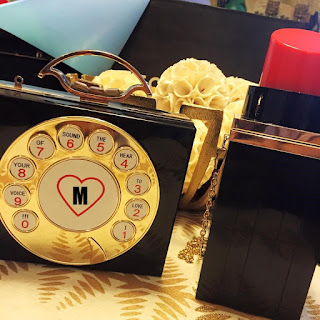 Vladimir’s icy blood vessels began to thaw, from the confessions of fire that he saw. He was entranced by lust. Perspiration. Envy—and steady rounds of pelvic applause.

A throbbing erection arose from the cemetery of his loins like the holy Shekhinah from the Temple of Solomon upon its destruction at the hands of ruinous Babylonians. Vladimir stared mindlessly at Maumadou’s broad shoulders and sweaty back and saw the deepest darkest depths of cosmic space in his imposing form.

The African moved with the natural force of creation to bring Sarah to perfect ATONement. “You want to have my baby, dont you, Sarah?” Maumadou asked her. “YES MAMADOU!!! YES!!!” she replied emphatically. “Spit your black ink on my white page and I will make you a king!!!”

Mamadou withdrew his Tree of Life from Sarah and sacrificed his kids to the Moloch tattoo on her lower back. “Bitch, I was born a king,” he said before giving her a playful spank on her ass. “I was crowned by my mother when my head passed through her ring of fire at birth.” Hot Shmita spilled from Sarah’s lower back down her sizzling buffy cheeks as her overheated body shuddered with spastic approval.

Mamadou got dressed, collected his money and then walked right out the bedroom door. However on the Cohen’s bedroom dresser he left a small black cube made of wood with obscure sigils and Arabic inscriptions. However, instead of calling Mamadou to let him know that he left the foreign object, Vladimir put the cube in his pocket. From there, the story begins....

TO BE CONTINUED SOMEDAY

***********
Mali pop a Judah creamy kola nut shootah. Stab a rose slab, with the boabab. Blow out backs just like a tuba. Invoke the power of  comPuTAH. I'm in your smart phone like I knew ya. My word is iron. I feed the lion, with a steady current from the future...

Mali Poppa Judah creamy coconut nut shootah. Jabba hoe slab, with the boabab. Blow out backs just like a tuba. Invoke the power of  comPuTAH. He's in your smart phone like he knew ya. His word is iron. He is the lion, generating a current for the future...

Mali pop a Judah creamy kola nut shootah. Stab a rose slab, with the boabab. Blow out backs just like a tuba. Invoke the power of  comPuTAH. I'm in your smart phone like I knew ya. My word is iron. I feed the lion, with a steady current from the future...