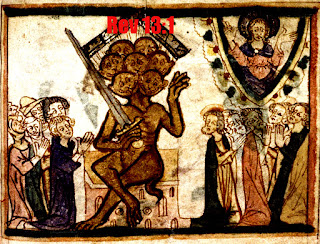 In post-medieval Southern Europe there was a dance that French and Spanish locals considered super ratchet in their time. It was introduced into Europe by the Moors, and it was called the Zarabanda. I’ve provided a video below so that you can watch a reenactment of how the dance was performed.

It looks very tame by our standards, doesn’t it? This should give you some indication of how adept the Roman Catholic Church was at suppressing sexual expression in 16th century Europe. Any public interaction between a man and a woman that generated the slightest feeling of pleasure in participants or onlookers was regarded as lewd and obscene because the people were sexually repressed. However any intense desire that is blatantly denied will eventually bring about some form of psychosis.

Twenty five years from now people will look back at video footage from a Jamaican Passa Passa celebration and say that it’s very mild. As the Catholic church continues to implode on itself, blow job sessions in crowded city streets won’t be considered a big deal by global consensus. You won’t be able to see, the Vitamin D, because it’ll be past your eyes, Milk.

In the Congolese spiritual tradition known as Palo Mayombe, the deity Zarabanda is a fiery and fearless warrior who is also an intermediary between the realm of the “dead” and our world of the living. He slays the evil with his machete which is called a “mbele.” ElephantMan says Drop Dead, drop dead, drop dead, dead, dead, dead. In his book Kimbiza Santo Cristo: Return of the Holy Grail, Knights Templar and Grand Dragon, author Markus Rodrique shares some powerful information on Zarabanda in the chapter entitled “Zarabanda: The Black Knight.”

Today there is a beer that was introduced by a Spanish chef and it is also known as Zarabanda. It’s made with hot peppercorns which brings to mind the fiery temperament of the Congolese deity who goes by the same name. Of course we know that beer is an alcoholic beverage, but the circumstances that lead to its widespread use in Europe are not commonly known. 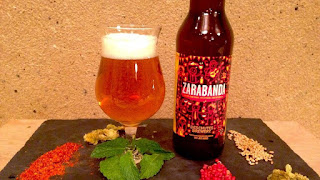 Medieval Europe was plagued by sanitary issues, so the Moors popularized the consumption of alcohol to protect themselves from water-born diseases like cholera. An alcoholic beverage is also known as a “spirit” in common parlance, but what spirit is conjured when it is consumed in excess? There are many viable speculations. The one that would yield the most truth would probably be the one garnered from examining the etymology behind the word “alcohol.”

The English word “alcohol” is derived from the Arabic word “Al-kuhul” which means “The Kohl,” but kohl is a metallic powder. The Palo spirit Zarabanda is a metallurgist and many people who are drunk have a tendency to exhibit the aggressive or even violent qualities that one might associate with Zarabanda, minus the discernment that he is noted for. Drinking excessive amounts of alcohol  causes iron toxicity from the build up of iron in the body.

I do not think that it is a coincidence that the Congolese deity Zarabanda is heavily associated with iron, his precious metal. This is not “spookism” and superstition. This is African science explained through character metaphor. Nevertheless, one who is active in the Palo Mayombe tradition may have thoughts that are contrary to what has been presented here which may provide us with further understanding.

In the medieval period, Europe experienced an explosion in information pertaining to the African Life Sciences which were recodified (remixed) and given new names like “Al-Khemy,” “Rosicrucianism,” and “Solomonic Magic.” For many people who are identified as African over the centuries, religious affiliation is based on politics. Spirituality is based  on cultural traditions that are rooted in clanship/nationhood (ancestry).

To think that the history-making Moors of old Europe practiced orthodox Islam as we know it today is historically inaccurate and culturally naive. They were always working, and experimenting  with, the African Life Sciences. This is the only reason why Moorish culture was far richer than the contemporary Islamic ones  so prevalent in other parts of the world.

In short, Europe’s Moorish legacy was no greater than the amalgamated African traditions that it fortified itself with. People are most powerful when they make an effort to honor the culture and the traditions of lineages that they come out of. The lead photo is a 14th century English depiction of The Beast spoken of in the Book of Revelations.

When your enemies depict you as a devil, with the power to wipe away all that they hold dear and sacred, it is actually a sign of respect. This is because in order for them to see you in that light they would have to give their personal power away to you. We stood proudly in our ancestral cultural traditions back then, cloaking them in the veil of foreign religious doctrines like Christianity and Islam. It was our little inside joke on the world.

Now we mistake our outer garments for our flesh and ask why our little girls are beaten up in concentration camps disguised as schools. Love the skin you’re in. Your skin, being your timeless spiritual cultures rooted in art and science. We were taught to abhor our nakedness because our bodies are beautiful.

A lot of us are afraid of getting back to what has historically been proven to magnify our power, because what makes us powerful will cause other groups not to like us. But guess what? Nobody likes us. They never have. They only like what we create for their consumption and personal pleasure. Our power is in our art and our science filtered through a keen understanding of human psychology and what motivates human beings even on the most primal levels. Let’s work with that.

That sword is still ours. All that we have to do is reclaim it.