Hail to the King: Why Ghana Matters to those who Follow the Kemetic Way 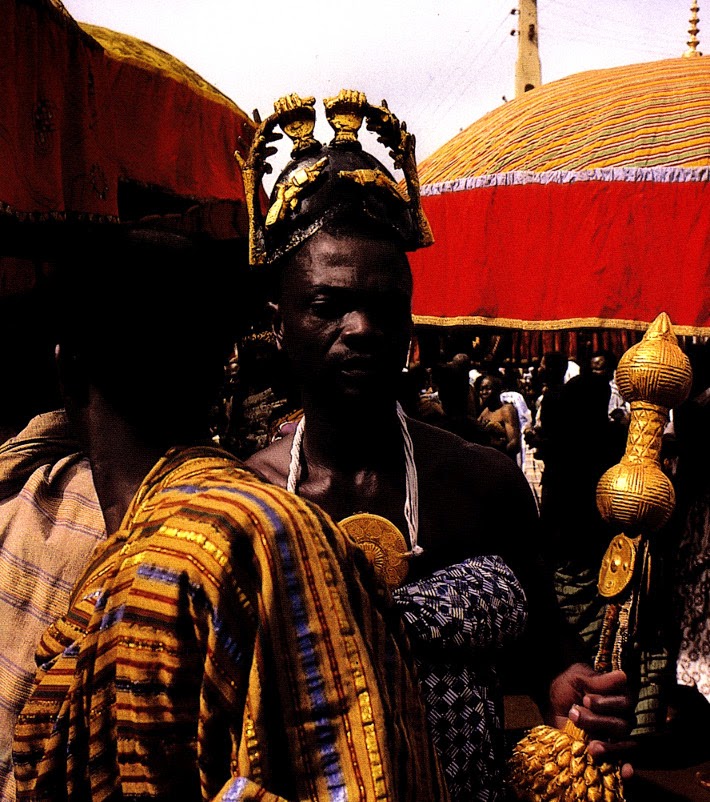 A frequent reader of Mind Glow Media posed a great question to me through this blog which I’d like to share with you. They said that they appreciate the articles I write, but would like to know why I have made such a noticeable amount of references to Ghana in my posts. “What’s so special about Ghana?” I was asked.

The assumption that this reader went on to make was that I acknowledge Ghana in my writings because I, myself, am Ghanaian. I can see why they would think that. However my family is actually Jamaican, although many Jamaicans originally came from Ghana and what is today known as Senegal. This explains why reggae is so popular in these countries. The music resonates because of a strong genetic bond that is shared among the people. I was born and raised in Brooklyn, New York.

I’ve referenced Ghanaian history, iconography, and life science in my posts over the last five years, going back to my two-part series 2010: The Year We Make Contact, which I  wrote in May of that year. So many people are in love with ancient Kemet (as they should be) without realizing that the substantive spiritual TRADITIONS and CULTURE of Kemet are still alive in Ghana and other parts of West Africa like Senegal, Mali, and Nigeria.

I specifically referenced Ghana—which literally means “Land of the Warrior King” or “King of Gold”—more than the aforementioned nations because I know that much of modern day Mali, Senegal and Mauritania was under the mighty Ghanaian Empire. The Dogon of Mali have preserved Kemet’s Annu (called Heliopolis by the Greeks) cosmology.

Wolof—which is spoken by the Senegalese and Mauritanians—has many linguistic markers that are distinctly Kemetic, but so does Ghana, as I have pointed out elsewhere on this site. Besides being a tonal language, the Twi language of Ghana shares some intriguing commonalities with what has been identified by Judaic scholars as ancient Hebrew too. You can read Hebrewisms of West Africa by Joseph J. Williams among other books for more details. Still Twi is just one of the languages spoken in Ghana.

Modern day Mali and Senegal are both remnants of old Ghana, which covered far more territory than modern day Ghana does. There is even a locality in Senegal commonly known as Sanghana going back to the Middle Ages.  A common mistake a lot of people make is they assume that the current land designations of West Africa are the same as they were in pre-colonial times, but they were not.

Some people reading this may say “I hear what you’re saying bro, but I don’t fuck with them West Africans because they sold us into slavery.” Nigga...ya mother sold you into slavery when she sent you off to public school. Da fuck is you sayin’? However she is also the one who fed you when you were hungry, and planted the first seeds of love in your heart and mind so that you could even  conceptualize who or what “God” is.

Why don’t you have the same forgiveness for Momma Africa as you do for your biological mother who didn’t always make the best decisions for you?


The Trans-Atlantic trade of Black gods and goddesses in hibernation coincided with the onset of civil wars throughout West Africa, which is not a coincidence. Some Africans were happy with the trade, while many others were not.

I would like to introduce you to the work of someone who has more practical knowledge on this subject than I do, and is more than qualified to further elaborate on the message that I have been sharing over the years. He has an extremely powerful message. Just click on his internet podcasts and listen right HERE. Once the page loads click on the tab that says “EPISODES”