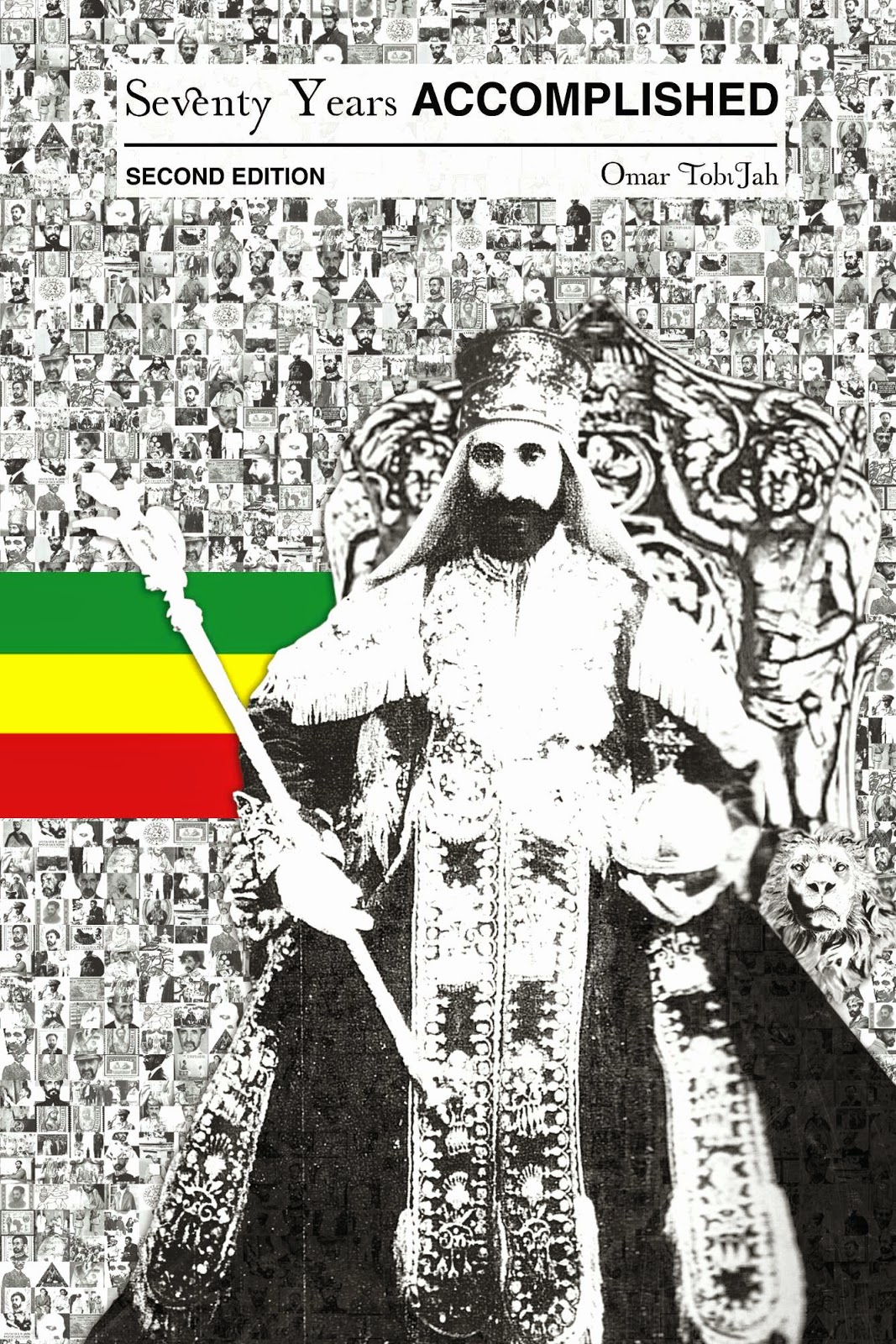 Affectionately known as the “Father of Africa,” Ethiopian Emperor Haile Selassie I was an iconic leader who found himself at the center of some of the 20th century’s most memorable events. The man that Time Magazine touted as its “Man of the Year” in 1936 was a prominent figure during World War 2, and was very influential in the African struggle for independence from European colonial powers in the decades that followed.

However, it often seems that Selassie’s life is most studied within the context of the Rastafarian faith. Just when it appeared that the emperor’s legacy and cultural relevance had been examined from every possible angle, author Omar TobiJah presents the second edition of his first book, Seventy Years Accomplished. The text filters much of Selassie’s stately wisdom through contemporary social issues and modern events impacting on people’s lives today. TobiJah recently spoke to Mind Glow Media about his new project.

What compelled you to write Seventy Years Accomplished?

There is a demand for truth and rights that each generation must fight for and be held accountable for. During the 20th Century various liberation movements sprang up around the globe and as a result of their success the world is safer and more humane for us to enjoy.

At the head of the fight against colonialism and oppression was Emperor Haile Selassie the First of Ethiopia who safeguarded the independence of the last remaining indigenous country on earth and then spearheaded the push to free all those who were being exploited by the imperialists. The fact that most of the people who profited from his good works do not acknowledge his contributions is a problem to me. I therefore thought it appropriate to write a book which explains his government and policies so that those who are seeking the truth can find it.

His Majesty said, “These young people face a world beset with the most effectively organized program of deceptive propaganda and of thinly screened operations ever known; they deserve the best that can be taught by their parents, by religious institutions and by the University, to prepare them for a wise choice among contending ideals.”

There are those whose power and hegemony is threatened by the reign of Haile Selassie the First. They seek to deny his divinity so that they can continue to exploit the population.  We who seek for justice to prevail must also be vigilant in combating their deceit so that our generation may live up to its responsibility to humanity in making the world a better place. I would hope that my book is a small contribution towards this effort.

There are many books that explore the legacy that Emperor Haile Selassie has left behind. What makes your book uniquely different?

My book, Seventy Years Accomplished, offers an explanation on the Emperor which satisfies the inquiries of scholars and the faithful. The first thought that springs to mind whenever the name Haile Selassie I is mentioned is the Rastafari movement.

As a result, the literature on His Majesty is categorized into competing ideals between those who proclaim his divinity and those who deny him. I analyzed both positions objectively and decided that we should not be divided into hostile camps because there are valid points being made on each side.

But most people will not consider another person’s point of view because they feel threatened by this knowledge which indicates a false belief on their part that they are unwilling to correct. Under such circumstances there will never be any progress and we would have failed in our responsibility to advance the generation.

The various religions and cultures have much more in common than they have differences, but we have become polarized into competing factions that would work much better if we cooperated and learned from each other. The devious schemes of divide and rule have worked well in the past to subjugate nations, but now is the time to learn from history so that we do not continue to make the same mistakes.

What was the greatest challenge that you faced in writing your book?

The greatest challenge that anyone will encounter is the battle for their soul. In taking on the grand ideal of correcting the church and state, it is essential to first correct yourself because a messenger who thinks they are separate from their message is not worthy to deliver their edicts. I had to meditate upon these matters very seriously because I did not want to make the same errors of previous institutions that compromised the gospel to suite their lifestyle.

The doctrine is supposed to be greater than you because we are seeking the higher power. If God had the same ways of man then there would be no reason to follow him. This quest to better yourself is a lifelong mission and as long as we are making strides in the right direction then we are doing what we have to do because change occurs a little bit at a time. God does not call the qualified. He qualifies those who are called. By understanding these tenants I was able to overcome my insecurities of writing the book and follow that inner voice inside of me that commanded me to complete this publication.

Historically, reggae music played an instrumental role in spreading the teachings of Rastafari. In this time, do you think that art, specifically music, should be used to galvanize the believers in their faith? If so, how should the music be approached?

It was Mortimer Planno’s idea that reggae should be used as the chief medium to spread the message of Rastafari. As a result it is common to think of the followers of Haile Selassie to be musicians who smoke marijuana and grow dreadlocks. In this regard the people are following Bob Marley and not the Emperor because His Majesty did not live or decree this type of lifestyle.

If the music and culture continues to take away from the prime objective of emulating Haile Selassie I then these customs must either be corrected or discarded. It is more important and impactful to seek to affect policy and gain political power than it is to smoke weed and sing songs. Music can be used to spread the message but it would be better if we were focused upon living according to the pattern that Emperor Haile Selassie I characterized.

When you look at the current state of the world, what do you have the least amount of faith in at this time?

It is very daunting to analyze the present global crisis with wars on the horizon and a weak economy. I also find it disheartening that so many people are ignorant of the policies and achievements of Haile Selassie I when he offered concrete solutions on how to avoid these dilemmas. Just as with the crisis at the League of Nations, the reason why the world is in such disarray is because they have neglected His Majesty. It is essential that we learn from the mistakes of the past so that we do not repeat them.

How do you get beyond this to see the brighter side of things?

I am confident in the victory of good over evil because the wisdom in truth is stronger than the deceit of a lie. Those whose power and hegemony is threatened by the reign of Emperor Haile Selassie I want to erase his legacy and downplay his impact in the world. But it becomes quite obvious to anyone who takes the time to research these events that His Majesty was a tremendously important and wise leader.

The plot to whitewash his name out of the history books has been concocted with sinister intentions of preventing the people from advancing and accepting their salvation but this plot shall fail for all the obvious reasons. It is written in the prophecy that Satan shall be defeated and as this generation looks for its sign in the last days the true portent comes from the King of Kings and Lord of Lords who has revealed his face to all the nations and given us full assurance that those who work in accordance with his government and mission shall not fail.

Our faith has therefore taken on a greater meaning for that which we hope for has been confirmed and we know that the entire book shall be fulfilled and the wicked overthrown. We give thanks to Emperor Haile Selassie the First of Ethiopia for this revelation.