The Difference Between Inanna's and Ishtar's "Women of the Night" 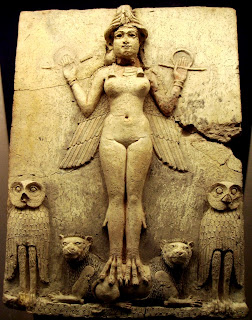 In the picture above is a latter day depiction of the Sumerian goddess Inanna with her zoomorphic representatives: lions  and owls. Owls are known for their night vision. They see things in the dark that most living organisms with eyes cannot.

The priestesses of Inanna were known as “Women of the Night” because they were powerful sensual psychics who had the ability to SEE THE POTENTIAL in people that they often could not  see in themselves. They assisted others in their personal development, usually in the social sphere of their lives. They were advisers to princes, kings, and noblemen who were all respected within society. The goddess Inanna stands firmly in the corner of prosperous men. Her support is one of the biggest reasons why they are prosperous. 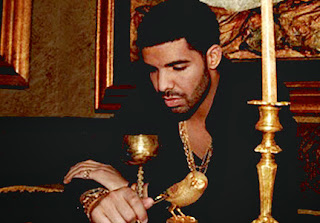 I would say that there is a relationship between the Sumerian name “Inanna,” and the Ghanaian title “Nana” which is reserved for highly respected women in Ghana who may even be land owners in that society. Many Jamaicans and African Americans from the south  call their grandmothers, who are usually the most venerated matriarchs of their families, “Nana.”

Ancient Sumer was absorbed by Akkad and then finally, Babylon over time. As a result of outside influences the people whom the Greeks called “Mesopotamians” (Which literally means “the people between the two rivers”) got further away from their African roots. Sometime around 2200 B.C.E. Sumer was invaded by Indo-Europeans.

These invaders came from places like the northernmost part of what is now Iran, Turkey, and Armenia. Yes, the land between the Tigris and Euphrates  was eventually overrun by the Kardashians by the time you got around to the mid to late Babylonian period. 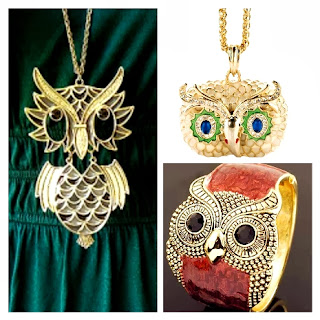 The highest ranking prostitutes in Babylon had sex exclusively with men of extraordinary power, wealth, and social status in exchange for money or its equivalent. They wore the beautiful jewelry associated with their patron goddess Ishtar, which often contained images of owls. The priestesses of Inanna wore owl jewelry too, only the owl symbolism had a different meaning  as previously explained. Owl jewelry has become fashionable among many women from all walks of life today, but only the women who wear them know for certain what drew them to the jewelry in the first place.

This is just one of many examples of how symbols take on different meanings over time. These meanings mirror the collective psychology of the people who hold those symbols in their possession. For more information on the connection between Sumer and what is today identified as Africa click HERE