Cartoons in Khartoum: A Kemetic Journey Down Memory Lane 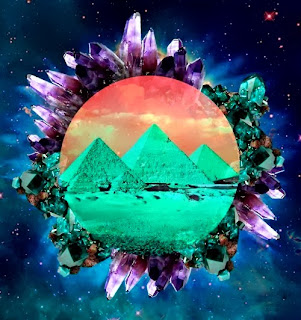 Your interest in ancient history, culture, and sacred knowledge is not something that you are taught. It’s something you came to the planet with based on your own pre-incarnational memories. Kemet has ALWAYS had a hold on me, and this was long before I started reading books or was told by my mom about this mysterious text that she called “The Egyptian Book of the Dead.”

As a child, around six or seven years old, I remember seeing a commercial for the movie “The Ten Commandments” which was supposed to air on ABC (Channel 7) on Easter Sunday. The commercial featured a quick shot of the actor Yule Brynner with an ancient Kemetic pharaonic headdress on. I had already seen countless paintings from ancient Kemet even at that tender age. Nevertheless, the commercial was probably my earliest recollection of a moving image depicting something dealing with ancient Kemet. Seeing the commercial gave me a chill that I felt all over my face. I still remember the feeling today as a grown man.

Although the historical rulers of ancient Kemet looked more like Idris Elba than Yule Brynner, the imagery, specifically the pharaonic headdress, felt TOO familiar to me. I remember turning to my dad while we were watching TV and telling him “I want to see that movie.” I did see that movie more times than I can count. 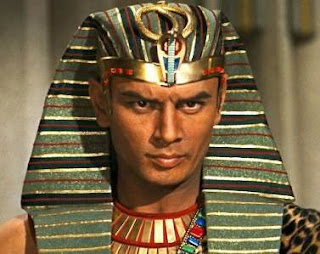 Yule Brynner as Rameses in the Ten Commandments

Another powerful experience I had was when I saw an episode from the G.I. Joe cartoon entitled “The Gods Below.” The episode was the inspiration behind a story that I wrote and partially shared on this website entitled “The God Down Below.” I watched the cartoon episode this morning and it became clearer to me why “The Gods Below” was one of my favorite G.I. Joe episodes as child. It is a reminder of who I was, where I came from, and where I’m going.

On some level, I was able to tap into this truth as a child because the past, present, and future are all occurring right now. You can project your mind into the future and/or the past IF your mind is sensitive/receptive enough to make the trip. As Tehuti says in in the so-called Emerald “Tablets” of Thoth (which is not to be confused with the Emerald “Tablet,” an alchemical document from the Middle Ages):

“Time changes not, but all things change in time. For time is the force that holds events separate, each in its own proper place. Time is not in motion, but ye move through time as your consciousness moves from one event to another.”

Please be advised that  The Emerald Tablets is more than likely a new age forgery attributed to the god Tehuti to give it prestige an credibility.  There doesn’t seem to be any historical mention of the text before the new age guru M. Doreal referenced  it after starting his Brotherhood of the White Temple in the 1920s. Still the Tablets convey a profound truth concerning the nature of time. It is an artificial construct of the mind that has no basis in absolute reality.

In ancient times, the Nesut Bity (so-called pharaoh) would celebrate his RE-birthbay in the acknowledgment of the position of the planets at the time of his reintegration into our world. This event served as both a celebration of his present life on Earth AND a reminder of his incarnational objective based on his astrological chart. It was not so much a formal celebration of his age, because the Nesut and his royal court saw themselves as immortals with no beginning or ending.

Why would an immortal celebrate his advancement in age if he knows for certain that he cannot die? After all, everything with a beginning has an ending. You sentence yourself to death whenever  you chart your absolute origin within an artificial timeline. Celebrate your RE-birthday. Leave the birthday celebrations for the mortals.

Believe it or not, you can find universal truths buried within fabrications like the Emerald Tablets, or even cartoons. Checkout this classic episode of G.I. Joe. If you’re old enough to remember the episode from your childhood, you’ll probably appreciate it more now than you did back then. Find out what happens when Cobra Commander discovers “The Tomb of Osiris.” The video of the episode is right below. Enjoy!