Masters of the Universe: The Photonic Respiration of Primordial Man 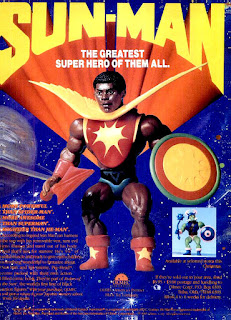 The “Golden Age” written about in Ovid’s Metamorphoses was the age in which men and women obtained all of their nourishment from consuming photonic gold from the sun. As the divine couple tumbled down the steep hill of human evolution they compromised their carrying capacity for solar radiation. Today, it has gotten to the point where people walk city streets beneath the summer sun, clutching their open umbrellas  because “it’s too hot.” They just can’t get enough shade, but there was a time when primordial men and women couldn't get enough sunlight no matter how hot it got.

After The Fall from Grace in ancient times, our ancestors compensated for their inability to fully practice photonic respiration by eating leafy, green plants which have fully retained their ability to do just that. Plants practice a form of photonic respiration, and it is known as photosynthesis. It is a natural life process that provided North African Hebrews with the philosophical rudiments for modern-day Kabbalah, which is the  doctrine of human reception. A  Carbotronic Man or Woman is one who consumes light and higher inspiration fed to them by the higher intelligence that we call God. A Kabbalist, on the other hand, might be a purveyor of the philosophical traditions of those ancient Hebrews who learned from the Carbotronic Men and Women who lived during their time.

The Kemetic (Egyptian) god Ausar is known as the Black god of the Nile. He is one of the original prototypes for the carbon-14 (14C) man. When the Kemetic scribes wrote about Ausar being cut into 14 pieces they were writing about the breakdown of carbon—which is as Black as Ausar—into 14C.  This variation of the carbon element is used by archaeologists to date, and thereby obtain new information concerning,   ancient artifacts. Much like 14C, Ausar is our bridge to the distant past.

This deity, who is identified in the Pert M Heru (Book of Coming Forth From Night By Day) as being a Rasta man, also has a stellar origin. This is because 14C is actually the condensation of cosmic rays that have made contact with Earth’s upper atmosphere. Once this carbon variant reaches the full extent of its degeneration in the earth’s atmosphere it falls from grace, from heaven to earth, and becomes carbon-14. Within a purely scientific context, the whole mythology concerning the dismemberment of Ausar is a colorful explanation of the planet's carbon cycle. 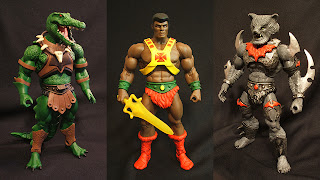 When the scribes of ancient Kemet formulated their cosmologies they were writing compelling stories that everyone could visualize and relate to in order to explain complex physics and chemistry (the word Chemistry comes from the word Al-Chemy, which came from the word Kemet) that the average person of their time would not have understood.This is what great teachers do; they make seemingly complex concepts sound simple.  Poor teachers who prey on the naiveté of their students make it seem as if everyone in ancient Kemet was enlightened when they were not.

The reality is that you had an elite class of brilliant men and women who possessed higher intelligence and you had the masses who did not fully cultivate that intelligence within themselves. Cultural romantics who yearn to revisit an epoch in history that was totally free of elitism and rigid class structures  would have to go back in time before the emergence of dynastic Kemet. The only person whom I can recall who at least made an effort towards creating a more idealistic Kemetic society was Akhenaton, and he paid for it, because he tried to change too much too fast.

Also, he failed to take a cold hard look at the global dynamics of his time.  You cannot demilitarize your nation when all of your neighbors are building up their militaries and looking at you with jealous  eyes. You cannot champion integration when the people that you are integrating with have nothing of cultural value to offer your country, either. In those situations they come out the winners, while you come out as the loser. Akhenaton was great, but he was a victim of his own idealism.

A friend of mine once asked me why the overwhelming majority of Black people are not interested in knowing more about ancient Kemet. I frankly told him that the only people who are intrigued by ancient Kemet are those reincarnated individuals who contributed to its greatness. My explanation is very simple.

If you helped to contribute to the creation of something that was truly great, something beautiful that has stood the test of time, then you will NEVER forget about it. That special connection will remain with you over the course of numerous lifetimes. The key, though, is to avoid being consumed with the past or you’ll become a stagnant person with no future. Use the past as personal inspiration for what your next move should be in this life.

The popular ’80s cartoon, He-Man, represents in many ways the redemption of fallen humanity within the personage of one man. In the cartoon we repeatedly see Prince Adam transform into the earthly projection of the Adam Kadmon, whom many of us have come to know as He-Man. Interestingly enough, the only distinct difference between He-Man and Prince Adam is the amount of carbon in their skins. Clearly, He-Man’s external transformation is an EFFECT of an INTERNAL transformation.

This is evidenced by the fact that Prince Adam does not possess the POWER that He-Man does in the cartoon despite having the same physique. If he did, there would be no need for him to transform into He-Man when he is facing potential danger. By the way, has anyone noticed that He-Man wears a Knight’s Templar cross on his chest? Maybe, I’m just crazy, but I think that it’s something to consider when you realize that the first Grand Master of the Templars was a descendant of Franciscan Moors.The fact that Prince Adam’s transformation occurs in front of Castle Grayskull is very significant. 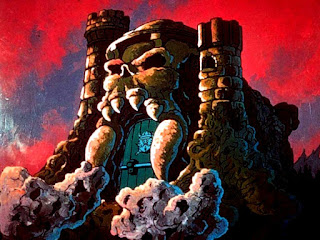 Prince Adam’s sword is emblematic of the pineal gland, which absorbs the Kundalini energy that rises along the spine of the awakened adept. The Gray Skull is the throne for your pineal gland which is illuminated once Kundalini energy rises up the sushumna in your spine. Also, the color “grey” is a combination of black and white, which represent two opposing polarities. These two polarities of course are the right and left hemispheres of the brain which are fused back together as a singular beacon for higher intelligence once your Third Eye is open to the Max. Once this is achieved YOOOUUU HAAAAVE THE POWERRRRR to become mentally in sync with the real Master of the Universe. You become the goat on the mountain top whose third eye has seen the glory of the coming  of the lord.

Author Manly P. Hall spoke briefly on the Fellow Craft Mason’s attempt to undergo this internal transformation in his book The Lost Keys of Freemasonry (1923). He says that:

“When the mason learns that the key to the warrior on the block is the proper application of the dynamo of living power, he has learned the mystery of his Craft.  The seething energies of Lucifer are in his hands and before he may step onward and upward, he must prove his ability to properly apply energy.” P.48.

It should be noted, however, that the Freemasonic lodge was traditionally an institution in which European males were able to learn, and participate in, aspects of Moorish high culture. Angelo Soliman (1721 - 1796) was a grand master in the truest sense of the word. Some biographies say that he was a slave from West Africa, but what slave knows 6 languages? Angelo was a master chess player, swordsman, navigator, teacher and concert composer. He was also the Master Mason of the Freemasonic lodge known as “True Harmony,” which classical musical composers Mozart and Haydn also belonged to. 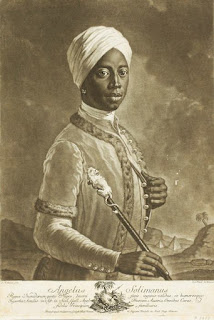 One needs to understand that classical music is not “white music.” It’s Moorish music. What we call jazz is actually a continuation of the classical music tradition that the Moors gave to Europe. The piano is really just a harp inside of a wooden box with keys attached to it. However, the harp was brought into Europe through North Africa. The violin has origins in West Africa. Some say that Mozart’s opera, The Magic Flute, was about Angelo. That is not something that I am certain of. What I do know, however, is that Angelo was responsible for changing the Freemasonic lodge from a place where men gathered to get drunk and discuss politics, sports, and bullshit, into a place where they engaged in the rigorous study of science, music theory, and art—things that actually hold importance in our everyday lives.


This father of the European enlightenment period is primarily responsible for giving Freemasonry the reputation it has had over the last few centuries for attracting men with great minds. Angelo was definitely a member of the REAL Illuminati which has direct access to The Masters of the Universe. For those readers who do not trust information on Black history when it is coming from a young Black man, here’s a credible white source that will provide you with some additional information on Angelo. Hell, I don’t need the validation, but I know that some of you do so knock yourselves out.

Within time, the direct descendants of the Fallen Angels—who were also known as The Beautiful People—started to consume the dense animals that ate these green plants. High meat consumption in the winter months produces an internal stasis within the human body which makes one more susceptible than they otherwise would be to the flu. We still drink sunlight even though our capacity to do so has been compromised by our bad diets. Mind you, this poor diet includes the ambient thoughts and emotions of the people around us that we internalize. Since we receive less sunlight in the winter months we experience lower levels of vitality than we do in the spring and summer.

From a practical standpoint, it would be wise to cut down on meat consumption (or avoid it altogether if that's your chosen path) to maximize your vitality and keep the flu demons at bay. Fuck a flu shot. You don’t know what that stuff is doing to your DNA.