Eye On The Throne: A Brief Introduction to Solar Psychology (Pt. 2 of 2) 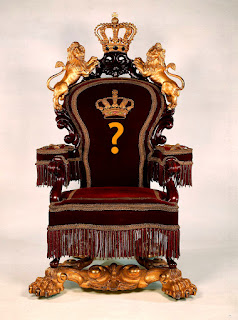 A person who masters the written word has the potential to become a sun, a life giving entity, in their own right. When you combine two words that rhyme you form a covalent bond. When a rapper recites a sequence of incredible rhymes we might say that they “spit fire,” but many of us are not consciously aware of what compels us to associate rhyming words that share the same consonants to the element of fire.


Although many people do not understand it from a rational standpoint, most of them are at the very least emotionally in tune with the fact that hearing a person who is adept at expressing lofty ideas in rhyming patterns over music that moves the soul can stimulate heat combustion within the cranium of the listener.

This is why hip hop music, which offers messages of hope and empowerment to the downtrodden, was co-opted by major corporations who promote rap music ahead of hip hop music. The only way the musical pendulum of death and depravity will swing in the opposite direction is if the consumers of music send a clear message to the corporations that they will not purchase or support music that promotes any participation in crime and stupidity.

The primary objective of a business is to turn a profit and appease shareholders. If a business turns a profit by promoting idiocy to the public, is the business to blame, or the public that patronizes it? I would say that both are, but the difference is that the business does not suffer from the negative images it projects to the public. As a matter of fact, it is only rewarded. Only a community surfers when it voluntarily embraces the images and ideologies that perpetuate its own destruction.

The earth’s waterways are nature’s emotive channels of communication. Rainwater is communicated intelligence which has been precipitated by your fiery desire to focus on the higher invisible thoughts that are floating through the air. To tap into these thoughts, some of the Sumerian Anunnaki—as well as many of the Akan chiefs of Ghana—wore the ram’s crown to tap into these subtle energy frequencies. The Sumerians and the Akan observed that Rams occupy mountains at high altitudes where mental conductivity is strongest. Some of my greatest thoughts have been conceived while I was on an airplane thousands of feet in the air. Unfortunately some people can only get “high” off of recreational drugs that artificially boosts their creative intelligence.

Our internal desire for higher intelligence can amplify the energy output of our sun, which heats up the Earth’s atmosphere, causing dry air to produce moisture. The elemental breakdown of water, of course, is H2O (two hydrogen atoms compounded with one oxygen atom). The hydrogen in water comes from the sun while its oxygen comes from Earth’s atmosphere. The moisture that the sun generates upon making contact with the oxygen in our atmosphere is absorbed by clouds. After our clouds incubate this moisture with help from the natural furnace that we call our sun, the moisture is magnified until it becomes rainwater. Crops absorb this falling rainwater and then grow in abundance to feed the hungry masses.

However the rainwater could not be produced were it not for YOUR fiery desire for higher intelligence which amplifies the power of our sun’s light. In lands where people lose their desire to acquire higher intelligence, drought and famine will be their only food and drink. Ethiopia experienced mass starvation in the late ’70s and early ’80s after it overthrew its Solomonic (Solar) Emperor, Haile Selassie I. Again, the sun is a source of intelligence. Lands populated by people who are not mentally inspired will inevitably depend entirely on the use of genetically modified and laboratory produced Frankenfoods which assist in further driving down the intelligence of the populace.

If a man’s desire for intelligence is strong enough then he will create, by default, the ecological mechanism that will facilitate the expansion of that intelligence. The minerals in his soil will replenish itself and he will see adequate rainfall. All of the valuable vitamins and minerals inherent in organic food are condensed forms of light. If you can consume light in its fullness then you can magnify your own light body and eventually will not have any need for organic food, or any kind of food, for that matter.

We will not feast entirely on light until we adopt a coherent solar psychology. Merely having melanin is not going to cut it. One of the most notable expressions of a solar psychology is the practice of philanthropy. The sun gives us its best for free, and asks us for nothing in return to sustain its existence. In doing so the sun creates the natural mechanism in which its preservation is assured. This is what happens when you become an asset of universal intelligence. You don’t have to be monetarily wealthy to practice philanthropy. All that you need is a desire to give something of intrinsic value and quality away to people for free because they need it. To do this we must become like the sun and abandon the psychology of self-lack.

When you genuinely desire intelligence so that you can apply it for the benefit of yourself and others then you have made the transformation from a mere peasant to a king. You have earned your coronation which is also a nation of coronas, because when you shine your personal light, you inspire millions of others to do the same. A man cannot make himself a leader. He is appointed as such by others who respect and acknowledge what he represents. 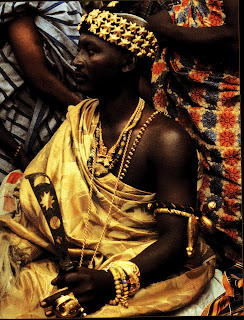 This is why people who have a genuine desire to serve are often thrust into leadership positions, whereas those who selfishly covet leadership solely for the perks are either overlooked or flagrantly ignored by others in spite of their undeniable talents. The best leaders are usually those men and women who don’t aspire to be leaders. The throne awaits the individual who has adorned themselves with the royal vestments of altruism and dedicated service.

I shared some of these thoughts with a friend before I even published this post and they said “This shit sounds deep!” However, I personally beg to differ.  I say this because SOUNDING “deep” requires that one arm oneself with sharp and sturdy words that empower them to dig beneath the dense exterior of shallow surface perceptions. This is probably hard work, because the digging may require a strenuous effort. However, to simply acknowledge one’s endless depth within a given moment does not require any digging, nor does it require any effort. The Journey ends with the inevitable realization that you were at your diamond-studded destination in gold’s garden all along.
If home is where the heart is, then my heart beats for forgotten tomorrows. I swam through oceans of self-doubt, but never got wet, to mount my throne inside the sun, where I’ve yet to break a sweat. Brighter days are on the horizon. A new light is burning its way through time and space to illuminate the precious miracle that you are destined to inherit.