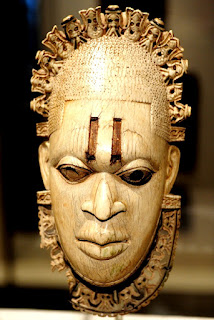 “According to Foundations of African Thought  [by Chukunyere Kamalu], ‘The ancient Africans… believed the world to be founded upon contradictions…and this belief was expressed in the form of the Principle or Doctrine of Opposites.’ This principle—probably the most visible, most employed, and most widely known of the seven—continues as the basis of many African societies, including the Dogon of Mali, the Fon of Dahomey, the Bambara of eastern Guinea, and the ancient Ife of West Africa. The Ife employ this law today in the form of an oracle known as Ifa. They profess the genesis of the Ifa system of divination to be 20,000 B.C.E. and speak to its pervasive influence in the dissemination  of the concept of polarity in various cultures and lands outside of Africa…But Ifa, again in line with the I-Ching, profess to go beyond the physical and connects the race with ‘a road of energy’ and ‘power’ that is available to those who know and practice the oracle…the older features which comprise the Ifa oracle can be arguably said to have comprised the basis of thought now identified in the I-Ching.”
-Wayne B. Chandler
Ancient Future

After reading the above quote, one shouldn’t be surprised to learn that one of the architects of the information superhighway is a Nigerian mastermind.

Philip Emeagwali is an internationally renowned engineer and computer scientist who won the Institute of Electrical and Electronics Engineers’(IEEE) prestigious Gordon Bell Prize in 1989 for his high-speed computer processor. Although the processor that he introduced may not measure up to current standards of computer technology, it was a highly significant contribution to the development of the internet as we know it today.

The ancient African internet is part of an interstellar network of intergalactic intelligences that share and utilize highly classified information for the primary purpose of personal evolution. This information has been carefully guarded and disseminated by shamanic orders, priesthoods, and secret societies to the general populace for thousands of years. Emeagwali was able to expedite the development of modern internet technology by virtue of the fact that he comes out of the genetic line of those men and women who first introduced the original internet to planet Earth long ago. 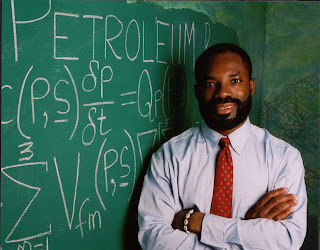 When you log on to any website you will notice that the web address is preceded by “WWW.”  In Hebrew gematria the letters “V” and “W” have a numerical value of “6,” hence “WWW” can be translated as “666.” The element known as carbon, which is black, has 6 protons, 6 neutrons and 6 electrons. The melanin in Black people’s skin is carbon based. What does all of this mean with regard to internet navigation? It means that in order for you to traverse the information superhighway you must literally cloak yourself in Blackness.

Black holes and Black people naturally absorb light. Through the magic of the artificial internet, this benefit has now been afforded to the rest of humanity. Anyone who logs onto the internet is absorbing its fortifying contents in the form of light waves and particles that emanate from glowing computers, laptops, and an assortment of cellphone monitors. Many  computers run on Windows. The eyes are windows to the soul. An Oba wears a beaded headdress to cover his own, which are too luminous to behold. 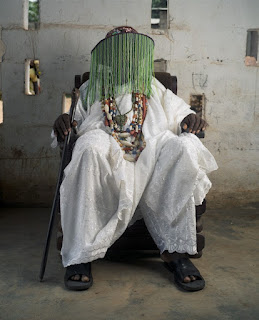 The I-Tablet, which grants one convenient access to the cyber universe, is conceptually modeled after the ancient Sumerian Tablet of Destinies, which the Sumerian scribes said granted one power over the physical universe. When the iPad hit the market in 2010 it imbued its users with a sense of power and dominion over the entire cyber universe. The Tablet of Destinies is in the  possession of the Sumerian god Enki. One of his symbols is the serpent in a tree.

This icon is the basis for the state flag of South Carolina, which was home to many African slaves who formally acknowledged the West African-derived deity, Dan, as an ancestor. Like Enki, Dan has been depicted as a serpent in a tree. Like Enki, he is also a god of wisdom. These concordances can be easily attributed to the fact that Dan and Enki are merely cultural reinterpretations of the same cosmic potency. 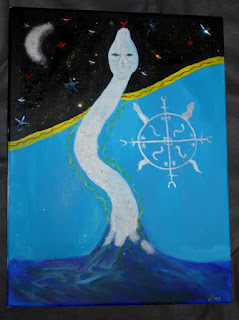 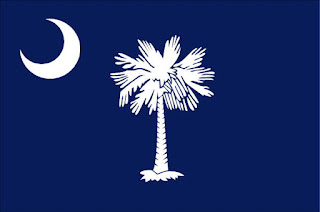 Ironically, the first I-Tablet that revolutionized the already existing tablet technology was the Apple iPad. Since its inception in 1976, Apple Inc. has used the image of a bitten apple as its official icon. But who bit into this apple? The answer is simple. It was bitten by Adam, who was tempted by Eve according to Judeo-Christian mythology. The shrewd serpent in the Biblical narrative captured Eve’s imagination with the fruit of “Knowledge of Good and Evil.”

Apple computers give us access to the internet which can lead us to knowledge that some people would call “good,” and knowledge that others would call “evil.” Through its internet based computer products, Apple Inc. has LITERALLY given millions of people access to The Knowledge of Good and Evil. The Biblical serpent who offered Mankind knowledge of good and evil was nothing more than the ancient Hebrew reinterpretation of the Sumerian god, Enki, who is known to West Africans today as Dan (Haitian practitioners of Voudun call Dan DambALLAH).

The Igbos of Nigeria, from whom Emeagwali traces his lineage, have long claimed descent from the ancient Hebrews of Israel who adapted Sumerian mythology to their own cultural ends. The biblical serpent with the “Apple” seems to be a smooth talker who is particularly persuasive and convincing to women. He has game. I guess that you can say that this wise serpent is a true “Mac.”

The Stellar Man and Woman, who have long been mocked as primitive by the Earth Man, have always been receiving The Light bio-organically as the true Light Bearers of the galaxy. The Stellar Man and Woman are the most advanced technologies in the known universe. Their abilities will never be eclipsed by any devices created by Mankind.  To get a clearer picture that carefully illustrates this fact, we must first have a basic understanding of how the artificial internet works.

For many internet users, wireless internet service is the standard mode used to access the information superhighway. WiFi, which isn’t completely wireless, feeds off of a wired router that uses a binary code to translate the internet signal that it receives from a central server into radio waves. Your computer picks up these radio waves and retranslates them into a binary code that your computer can understand.

A Nigerian Babalawo, who is an Ifa “Father of Secrets,” along with his female counterpart, the Lyalawo (Mother of Secrets),  are living, breathing WIFI receivers in the sense that they use a binary code to access higher information through the use of 16 palm nuts which are called “Ikin” (pronounced E-Kin).  The Babalawo or Lyalawo read the palm nuts and translate the information that they have derived from them in a simple manner that can be easily understood by the individual who consults them concerning their present or future needs. 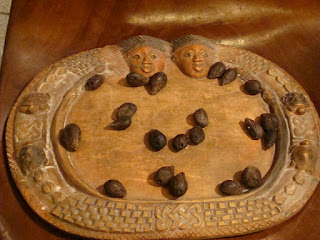 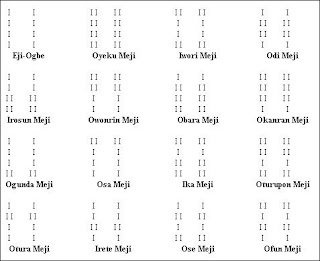 The clarity and accuracy of the information that the Babalawo and Lyalawo obtain from the palm nuts, however, is dependent on their personal relationship with God, whom they call Oludumare. Oludumare is the central computer, the central server, for the coveted information that they obtain.  Consequently, it should be self-evident that a formal initiation does not guarantee an aspiring priest or priestess that they will be effective WIFI receivers of Ifa, while the complete absence of a formal initiation does not guarantee that a man or woman will NOT be. 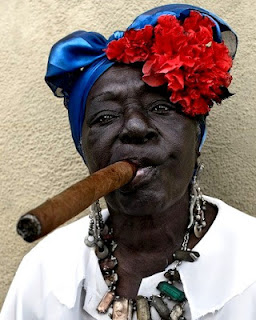 The Ifa system is very similar to the so-called Chinese I-Ching (pronounced E-King) which also uses a binary code for divination purposes. This is because the Chinese I-Ching is actually a re-codified form of the West African divination system that is the focus of this post.  19th Century French linguist Albert Etienne Jean Baptiste Terrien de Lacouperie had postulated that China’s very first dynasty was founded by a clan of Elamites known as the “Hu Nak Kunte.”

The Elamites, for those who are not familiar with them, were the Middle Eastern forerunners of ancient Sumerian civilization.  In his book Ancient Future, Wayne B. Chandler—who is both a scholar and practitioner of the Eastern spiritual sciences—points out that “Kunte,” is a common clan name in West Africa. In part one of my Green Magic series I made a very imaginative, yet credible, correlation between ancient Sumer and the West African nation known as Benin.

I would like to add to Lacouperie and Chandler’s literary mix by pointing out that the word for “spirit” among the Ibo/Igbo people of Nigeria is “Chi.” The word “Chi” was also used in ancient China and it had the EXACT same meaning. Also note that the “Ikin” used by the Ife of Nigeria is pronounced almost identically to the I-Ching (pronounced E-King) used in China.

When I was in college I conducted a short presentation for my media communications class concerning the Gyenyame symbol out of Ghana, which isn’t very far from Nigeria. At the end of my short presentation I gave a Q&A session in which a Chinese student remarked to me that the Gyenyame symbol looked like the yin/yang symbol out of China. I smiled and kindly corrected him by pointing out that the yin/yang icon looks like Gyenyame. He smiled back and shook his head in a respectful concession.

“Gyenyame” means “none but God,” meaning that anything that your mind can conceive, whether “good” or “bad,” exists within God. All perceived opposites are united within God. God is the only reality. There is no reality that exists outside of God. Iranian Dualism, which is where you get the idea of a kind and loving God on one side of the fence and the big bad Devil on the other, is the product of the spiritually immature Western mind. 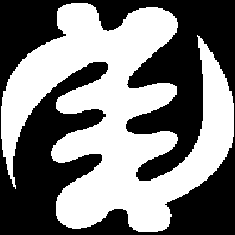 Gyenyame is one of the many seals that the Akan people of Ghana have used to convey complex universal principles and concepts in a very simple, yet effective, manner. These symbols were given to Akan blacksmiths by their earliest ancestors known as the Adikanfo. The Adikanfo were a race of highly evolved men and women whose precise coordinates lay beyond the stars.

Some readers will disregard the cultural connections that I have laid out here as nothing more than sheer coincidence. But to do that would be to go out of one’s way to ignore the obvious, which is that although the United States is financially indebted to China, both China and the U.S. are culturally indebted to Africa. Yet then again, who isn’t?

Below I have provided you with a montage of interviews conducted with Nigerian futurist Philip Emeagwali. Herein, he talks about his upbringing, his passion for science, and the future of the internet. Enjoy!