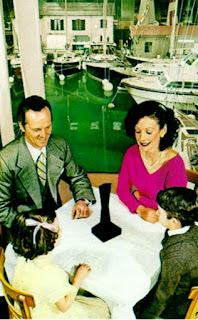 Hey, if it’s new to me, then it’s news. According to a report issued in November of 2011, NASA has developed a carbonated material that can fully absorb 99 percent of ultraviolet, visible, and infrared light.

“The nanotech-based coating is a thin layer of multi-walled carbon nanotubes, tiny hollow tubes made of pure carbon about 10,000 times thinner than a strand of human hair,” reads an excerpt  from the article which is featured on NASA’s website. “They are positioned vertically on various substrate materials much like a shag rug. The team has grown the nanotubes on silicon, silicon nitride, titanium, and stainless steel, materials commonly used in space-based scientific instruments. (To grow carbon nanotubes, Goddard technologist Stephanie Getty applies a catalyst layer of iron to an underlayer on silicon, titanium, and other materials. She then heats the material in an oven to about 1,382 degrees Fahrenheit. While heating, the material is bathed in carbon-containing feedstock gas.)

The tests indicate that the nanotube material is especially useful for a variety of spaceflight applications where observing in multiple wavelength bands is important to scientific discovery. One such application is stray-light suppression. The tiny gaps between the tubes collect and trap background light to prevent it from reflecting off surfaces and interfering with the light that scientists actually want to measure. Because only a small fraction of light reflects off the coating, the human eye and sensitive detectors see the material as black.”

Those who are familiar with the trailblazing research conducted by Dr. Richard King and Dr. Ann Brown are aware that this technology marks yet another attempt on the part of the science community to produce what I will call an artificial melanin emulator. Melanin—which is a carbon-based skin pigment that has its highest concentration in Black people—possesses the same light absorption qualities as NASA’s nanotube material. 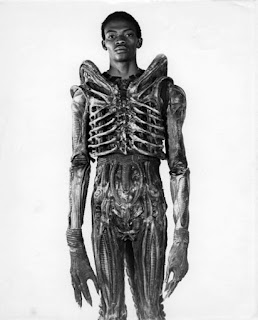 It also has other characteristics that are unknown to the brightest minds of Western science. What is known, but not widely acknowledged in public, however, is the fact that melanin is a biochemical microcosm of macrocosmic dark matter. Leading Western physicists say that our physical universe has been expanding since the so-called “Big Bang” which is really “The Big Expansion,” since science experts have never actually said that the universe began with a violent explosion.

This is a colloquial misunderstanding of the concept. The expansion of dark matter and dark energy, that science experts say is occurring throughout the universe, is taking place as you read this in the bodies of Black people. This biological process is called melanogenesis. Melanin, whether cosmic or terrestrial, will not allow anyone or anything to hold it back or thwart its expansion. It adapts to its condition and breaks down all barriers, like a raging bull in a china shop.

It’s ironic that NASA’s technology will be used for the purpose of outer space “discovery.” Of course discovery was was an obsession of the noble knights who were written about in Europe’s medieval folklore. I don’t know the intricate details concerning how NASA’s new technology will be used. What I do know is that the next time we see  one of its shuttles blasting off into outer space, then maybe, just maybe, we will be witnessing the rise of the Dark Knight. For more details concerning NASA’s nanotube, just click on the link below. Peace.